ChangeChitra is a mentorship program for documentary filmmaking in India. This year, three young people came together in the program to create Made in Madras: a film about an 18-year-old soccer player named Sangeetha who grew up on the streets. Mohit Arora, Aishwarya Ashok, and Shikha Kumari used vibrant sound, color, backdrop and stills to tell Sangeetha's story with honesty and passion. 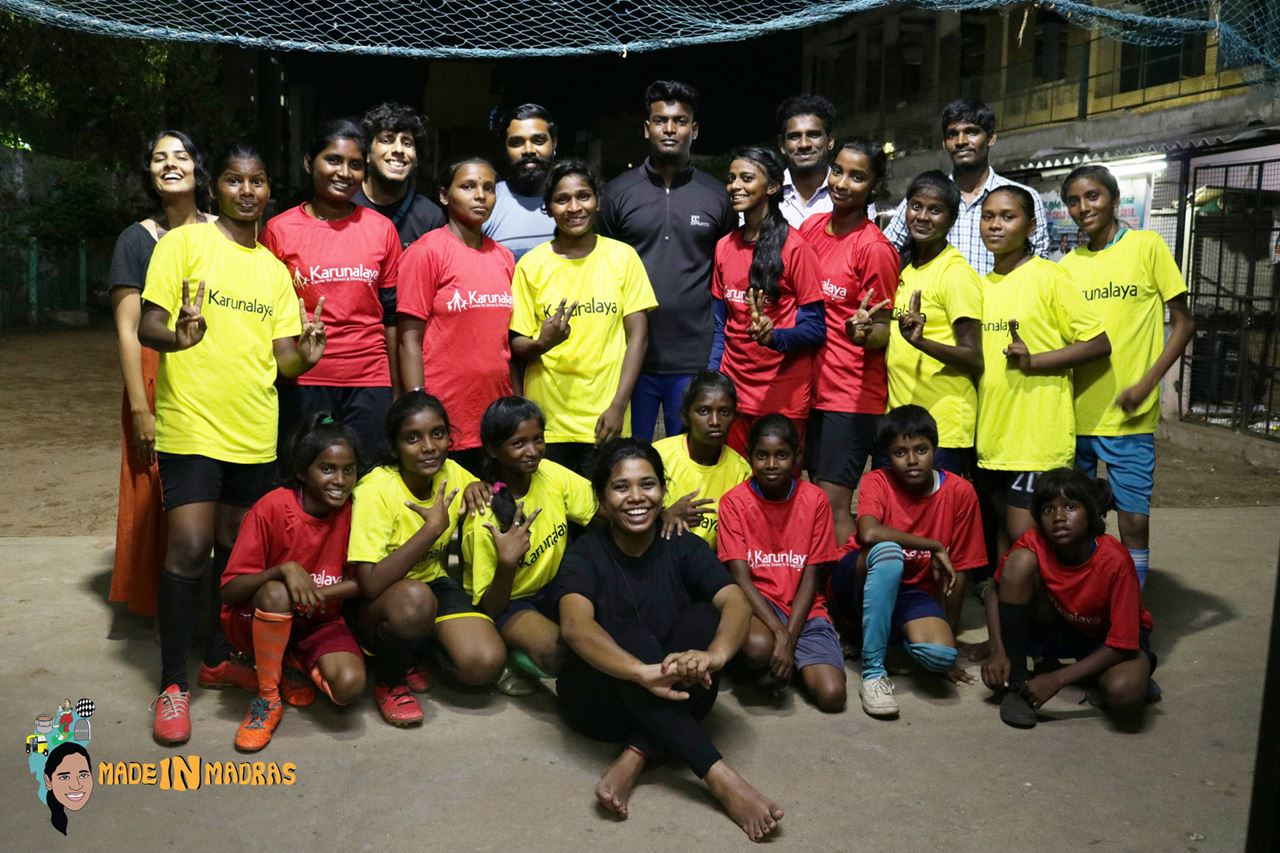 MY HERO spoke with these young directors about the making of the film and what they hope to accomplish next.

MY HERO: How did you first come across Sangeetha?

ChangeChitra: After returning from the World Cup in 2018, Sangeetha’s story was covered by various newspapers in Chennai. We came across her story in one of the newspapers and approached her through one of the journalists who had covered her story.

MH: What can those who see the film do to support her efforts?

CC: Creating a platform for Sangeetha and her teammates and forging new connections can definitely give the girls momentum they need. Not only do we hope to raise funds for the girls and the NGO that got them together, we also hope to put them in touch with sports organizations and athletes that could give the girls proper nourishment and training and expand their horizons. We hope to organize a screening for all of the people living on Sangeetha’s street and be able to thank them for all of their support and care.

If the viewers can reach out and create a fund for Sangeetha and her team players, there wouldn’t be a need for these future stars to skip their education, work under extremely hard conditions and lose out on their ultimate dream of being football players. 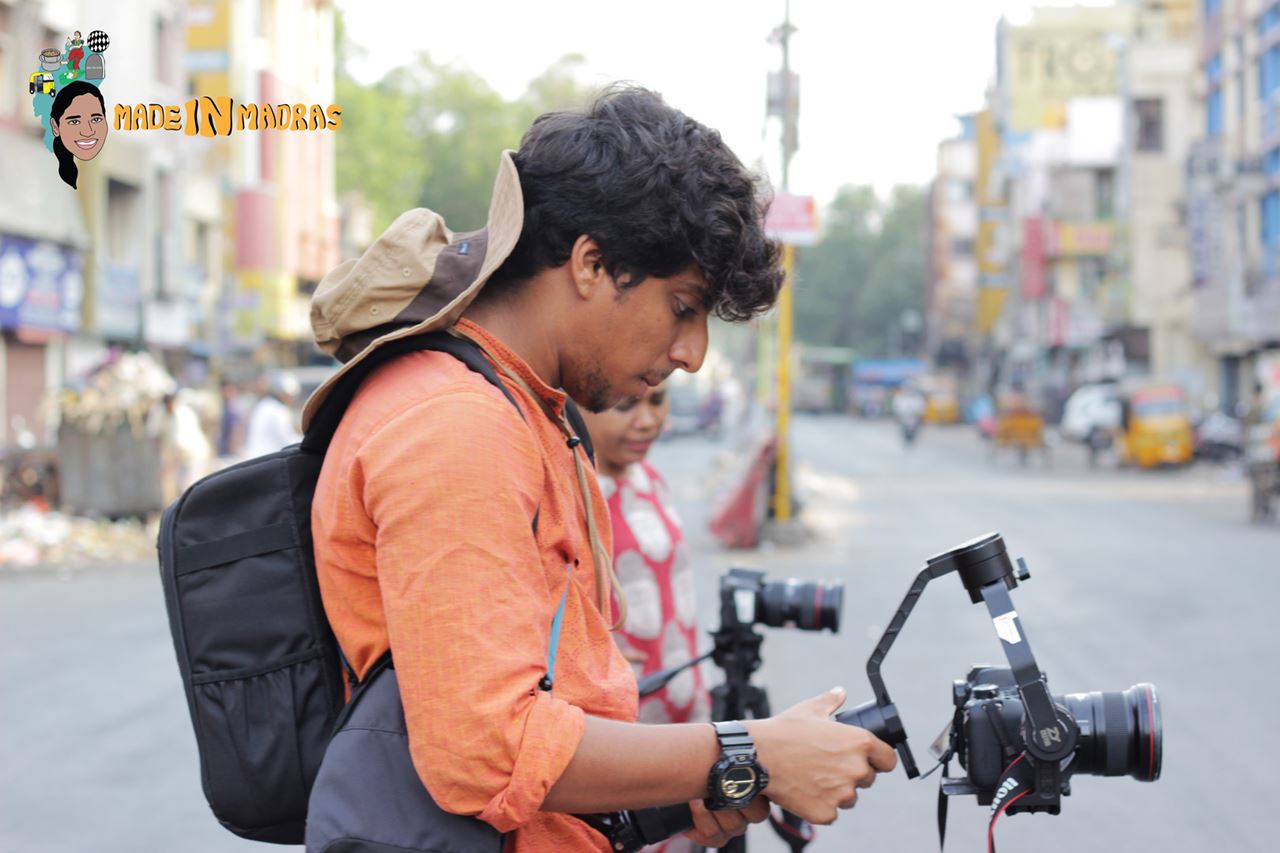 MH: How did viewing the MY HERO award-winning films at Marc Ostrick's preproduction workshop help you decide on and execute this project?

CC: The award winning films established a sense of finesse that we were ultimately seeking in telling our stories in the best way possible. It created a benchmark that motivated us throughout to not lag in our efforts. Also, it presented examples of various unique styles in which a story could be told. We then had the option of choosing our own tone and style for the film and ultimately it resulted in our film having its own persona and character. Without the films that were shown to us, it would have be quite challenging to actively and consciously decide on the character of our film. 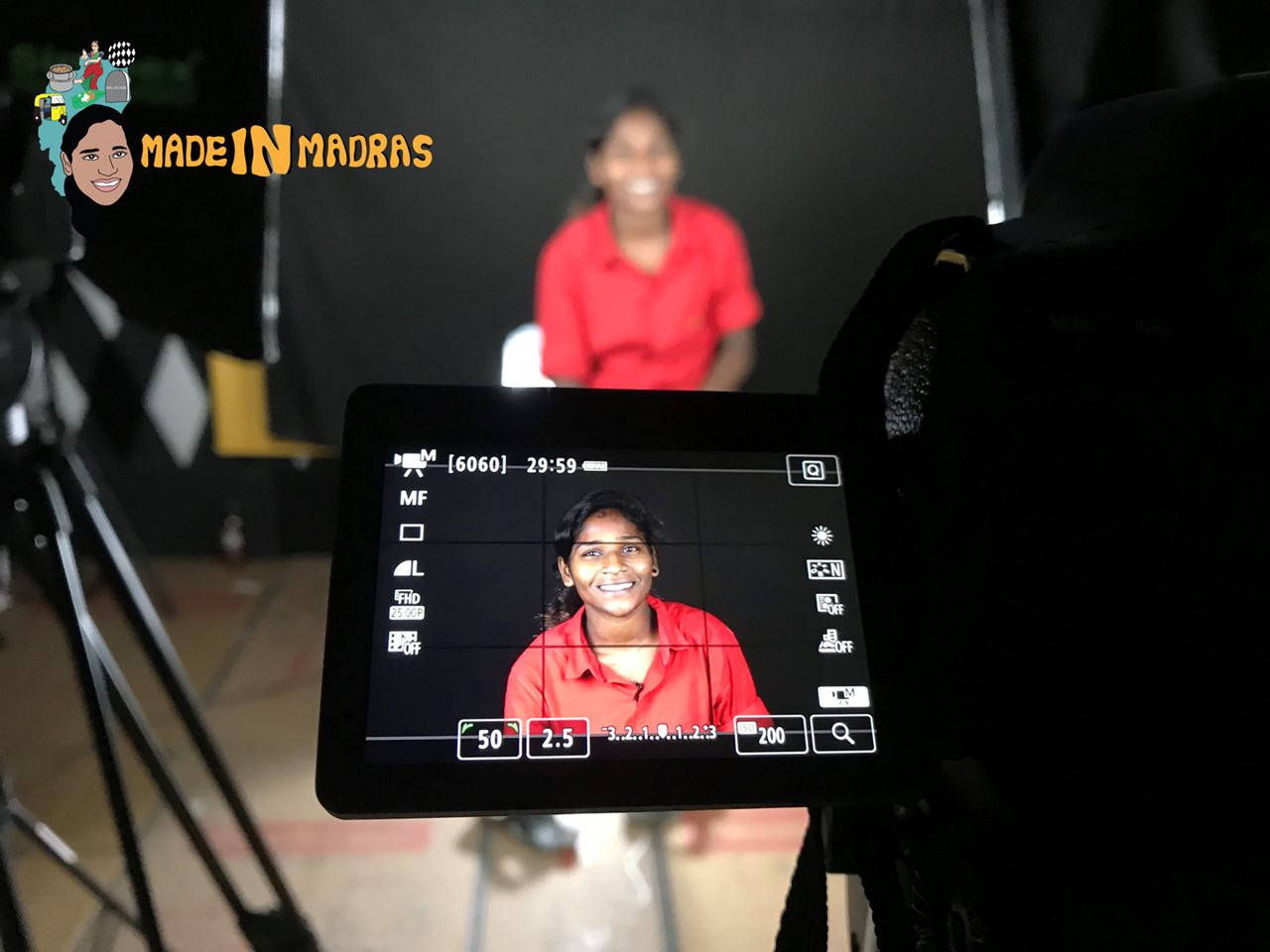 SangeethaPhoto courtesy of ChangeChitrasMH: What sort of impact do you hope to have as media makers?

We feel that ultimately all our efforts in telling such stories boils down to one simple point: How much positive impact did we have on our subject through this medium? And this is something that encourages us to constantly keep at telling stories better everyday; to bring a certain positive change in the lives of people that our documentary touches. To give them a platform for their voices to be heard. Sangeetha had starred in numerous front page articles in prominent newspapers in the city. Many journalists covered her ordeals and the media hullabaloo went for quite some time. However, when the fad had cleared, her situation remained the same more or less. And this is something that we hope to change with Made in Madras. We hope that the film connects with whoever watches it with the ultimate intention of creating a quantifiable positive impact in Sangeetha’s life that changes her future for the better. This is something we strive for as filmmakers.

Voting is open through November 12.