My hero is Charles M. Schulz. Why? For one thing he makes people laugh every day and that's an accomplishment in itself. He had so many fresh ideas. Even though most people wouldn't consider comic strips artwork, I do. Some of the best artwork in the world has come from comic strips.

I read a book called "Good Grief: The Story of Charles M. Schulz," by Rheata Grimsley Johnson and learned what Charles Schulz had to go through. He came from a poor family and never realized it until years later. He also faced really tough times. Not only did he live through the Great Depression, but he led a platoon of men across Europe during World War II just days after his mother died. Even as small as it may seem, he saved a life in World War II. He was about to throw a concussion grenade down a long corridor to see if anything was there when suddenly a dog came down the hall. He put the grenade back on his belt and that was that.

Charles Schulz also helped the city he lived in. Every year he hosted an ice show to benefit the community of Santa Rosa, California. Charles Schulz was also a good hero because he was modest. He didn't seem to feel like he had accomplished much even though he must have known that he had. Schulz is also my hero because he was shy. If I were him, I certainly wouldn't be shy. Do you know he once turned down the opportunity to be the Grand Marshall of the Parade of Roses in Pasadena, California?

Charles Schulz died Feb. 13, 2000, but his work still appears in newspapers around the world. He lives on through the characters he created and loved.

The person who I have always admired is Charles M. Shulz. Why him? When people come home from a long day at work, they read his artwork and it lightens their spirits. The cartoons he created make people feel better. He had so many fresh ideas. His cartoons are funny. Some of the best artwork in the world has come from comic strips.

Another reason Charles Schulz is my hero is because of what he went through to get where he is. He came from a poor family and lived through the Great Depression. He also led a platoon of men across Europe during World War II just days after his mother died!

Charles Schulz was a great man and he is a very good role model for those who want to make something of life. He didn't drink and drive or smoke pot to be cool. I know that many people will miss him now that he is dead because he lightened many spirits and made the world a better place. That is why Charles M. Shulz is my hero today, tomorrow, and forever.

My hero is Charles M. Schulz because he has made people laugh for over 50 years and he created great characters in the cartoon, "Peanuts." He inspired me to see that you can do a lot by writing, drawing pictures, and/or making people laugh.

Charles Schulz was a great man because he lived a hard, long, yet successful life. Some people don't know that he went through World War II, or his family was very poor. I didn't even know any of these things until I read more about him. Did you know that when he was in Europe during World War II, that he was about to throw a grenade to the other side, but when he saw a dog, he didn't throw it? Isn't that a nice guy? Also, he lived through the Great Depression.

I love most of his comic strips and the characters like Charlie Brown, Snoopy, Woodstock, Lucy, Charlie Brown's sister, Snoopy's brothers and uncles, Linus, and others. The characters are probably all of Mr. Schulz's friends or people he has met in his life.

Last but not least, I think of Charles Schulz as my hero because he didn't do drugs or any alcohol and he helped the community and the world by distrubuting money and making stuff that kids like, like an amusement park in Minnesota and California.

As you already know Charles Schulz is a famous cartoonist. He created the wonderful gang of the "Peanuts" comic strip.

Charles was born November 26, 1922. Charles was born to Carl and Dena Schulz. His name was Charles Monroe Schulz, but everyone called him Sparky. Sparky was very smart in school. He skipped two grades. Art was what Sparky did best. Sparky loved to read comic strips from the paper. He wished he could put some of his drawings in the paper.

When Sparky was 13, his family was given a black and white dog named Spike. Spike was smart and funny. Even Spike seemed to enjoy comic strips. When Sparky was in high school, he brought some of his drawings to put in the year book. When the year books were passed out, Sparky's drawings weren't there! There were too many drawings in the year book. Later on, Sparky made a good friend named Charlie Brown. Sparky drew a picture of a funny little boy. He decided to name his cartoon boy after his friend, Charlie Brown.

Sparky sent his picture to the newspaper. Finally, St. Paul's newspaper agreed to publish Sparky's cartoons. Sparky put his best cartoons together and mailed them to United Feature Syndicate in New York. They sent Sparky a note saying they were very interested in his work. Sparky went to New York to deliver his comic strips. The new cartoon strip was called "Peanuts." Soon he created the characters, Lucy, Pig Pen, Shroeder, Peppermint Patty, Sally, Franklin, Woodstock, Linus, Snoopy, Rerun and Marcie. In 1950, "Peanuts" appeared in 1,800 newspapers in the United States and in Canada. Charles won the Reuben award in 1955 and in 1964. He also won an Emmy award. In 1967, Sparky had a successful Broadway play called "You're a Good Man, Charlie Brown". "Peanuts" worked its way to the silver screen in 1970. "A Boy Named Charlie Brown" appeared at New York's Radio City.

Schulz retired on Feb. 13, 2000. He passed away in his sleep during the night before the last strip would appear.

Charles Schulz is my hero because he spent his life working on cartoons and brightened the world with happiness by doing this.

Information for Justin Grace's story was obtained from the book Good Grief: The Story of Charles M. Schulz by Rheata Grimsley Johnson, 1989. 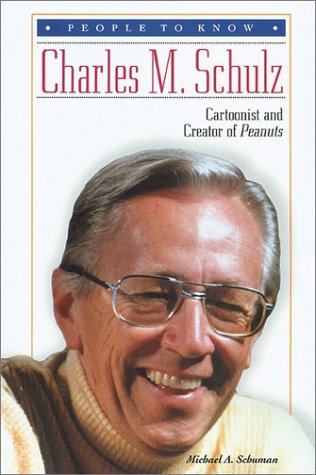 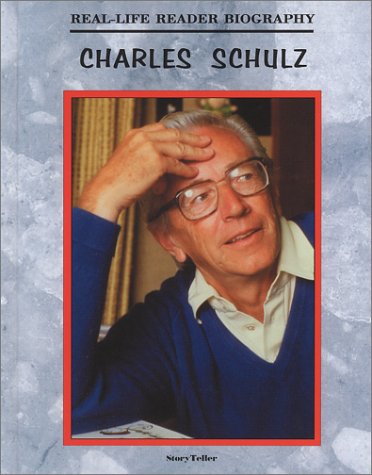