Clara Mayer: An Overlooked Pillar of the New School wins a Special Hero Award at the MY HERO International Film Festival 2021. To see all winners go to: https://myhero.com/films/winners2021/

The New School describes itself as a 'new kind of university in New York City, one where scholars, artists, and designers come together to challenge convention and create positive change.’

Taking full advantage of its location, with leading-edge faculty and world-renowned alumni, the school is committed to developing students who will have an impact on the world and address the most pressing social issues of our time.

The film, Clara Mayer: An Overlooked Pillar of the New School, directed by Juliana Fadil-Luchkiw, addresses such values. It is the second episode in a series entitled ‘Women’s Legacy’, which is a historical feminist project. The film explores the life of Clara Mayer and how she played such a crucial role in the founding of The New School even though, despite working there for 40 years, her contributions have barely been recognized. 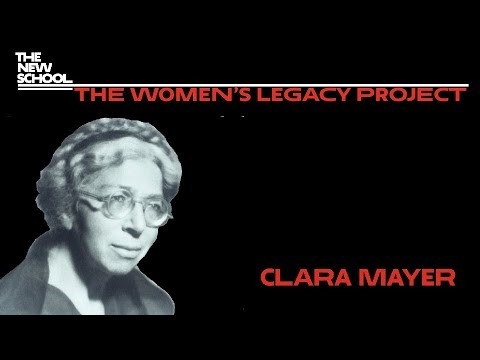 In the film, we are told that, as a student, Mayer initiated a group called the New School Associates, which was formed to give the student body a voice in the ways the school operated. In 1924, she became a trustee and was actively involved in a major fund-raising effort to construct the New School’s flagship building at 66 West 12th Street, which was ultimately part-funded by her family and erected by her brothers, engineers Albert and Charles Mayer.

Mayer went on to serve on the New School’s board of directors, became assistant and associate director and, eventually, Vice President - ‘Clearly she was the long-term history of the school and the long-term tradition of the school.’ It also seems that she was the heart of the school too –in the film, we hear from, MY HERO’s board member, philanthropist and activist Eva Haller, who, on arriving in the USA with nothing, was welcomed to the school by Mayer with open arms. Haller remembers her as, “a shy and frail-looking, sweet old lady with grey hair," but also that she was ‘enormously interested’ in her as a young student.

In an interview with Haller, MY HERO Staff learned that even though Haller was only in her twenties, she came to regard the older lady as her great friend: “She opened her heart and her pocketbook and everything else to help me to get in and (subsequently) mentored me through my time there. She was incredibly kind.” When Haller’s mother escaped to the USA in the 1950s, Mayer helped to find clothes, work and even invited her to sit in Haller’s lectures, although she spoke no English, so that she wouldn’t have to sit at home alone in Queens.

Later, Haller was to attend salon-style dinners at Mayer’s home with ‘the most important, interesting intellectual people of New York city.’  The inspiration for the MY HERO Salon Series perhaps? Said Haller, “I am sure that everything about Clara I have internalized and has become a part of me.”

According to the film, Mayer was ‘the most prominent person of the school’, who never took, only ever gave money to the institution[i], but her career ended abruptly in 1961 when the new president Henry David forced her resignation in a bid to make the school appear more ‘professional.’ Shortly thereafter, the board of trustees fired David and invited Mayer to return, but she declined.

At the end of Clara Mayer: An Overlooked Pillar of the New School, despite Mayer’s dedication and service to the New School, which spanned four decades, we are told that today, there is no memorial, no award in her name or building dedicated to her.  Said Haller, “She never demanded space for herself…all those big guys demanded the space, the recognition. That wasn’t Clara but she did the work, she raised the money, she did everything.” The short film by The Women’s Legacy Project is an attempt to address this omission. 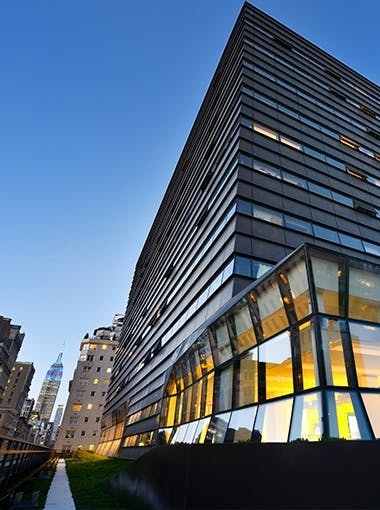 The Women’s Legacy Project is an initiative from the New School which tells the stories of numerous little-known but leading women, each of whom helped craft The New School’s rich history since its founding in 1919. To find out more go to: https://www.newschool.edu/about/history/womens-legacy-project/

[i] According to Eva Haller in the MY HERO interview – “She only ever gave money to the school; she didn’t take it. Her family and her friends were the ones who created this university, a university in exile. And they had the biggest names of the most important scientists and authors working and teaching there. I had such privilege – you could have a class with Anna Freud if you were lucky. I had no idea at the time what I was participating in, and I had no idea what it was to have Clara Mayer as a mentor. I could not show her my appreciation at the time because I didn’t understand.”