Climate summit: The key is momentum, even if progress is slow 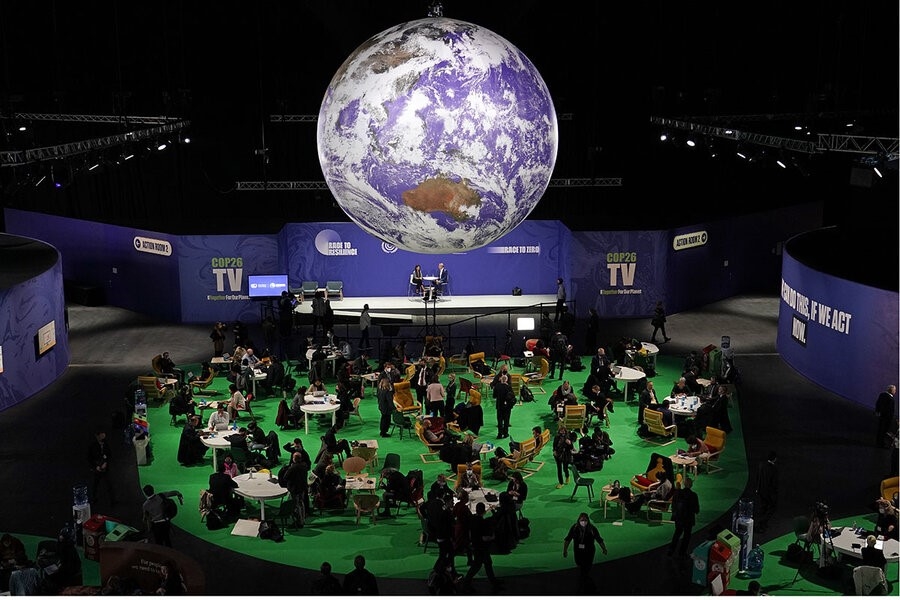 Delegates gathering inside the venue at the COP26 U.N. climate summit in Glasgow, Scotland's biggest city, Nov. 3, 2021. Leaders from around the world are laying out their vision for addressing the common challenge of global warming.Alberto Pezzali/AP

There are two ways of looking at the crucial climate change conference currently underway in Glasgow, Scotland.

Through the narrow lens of politics – gauging the prospects of a landmark deal to make good on the unfulfilled promise of the 2015 Paris Agreement – the picture looks distinctly unpromising. Even the summit host, the habitually bullish British Prime Minister Boris Johnson, has rated the chances of success at just 6 out of 10.

Yet a wider-angle view, taking account of what has changed since Paris, yields a decidedly different picture. There has been a dramatic worldwide spread of the sense that we are facing a climate emergency – not just a climate crisis – that demands action; meanwhile, cleaner, greener energy technology is more and more common.

All that may get overshadowed in the coming days by the diplomatic drama in Glasgow. Understandably so. The goal of the Paris summiteers to cap global warming at 1.5 degrees Celsius above preindustrial levels has been receding. The national targets announced so far by some of the world’s leading economies – especially China, the largest carbon emitter – are nowhere near enough to turn that around.

But the wide-angle view matters, too. And it will be especially important to keep in mind if the Glasgow summit ends as expected, short of a full diplomatic breakthrough, but with enough new commitments to create what U.S. climate envoy John Kerry has called a “critical mass” of momentum for more ambitious action in the months that follow.

Because there are growing signs that the world’s overall direction of travel has shifted decisively toward lower-carbon energy. It’s a trend even China recognizes, indeed one that it is leading. Although Beijing is not yet ready to cut back dramatically on its use of coal – around half the world’s total – it has also been investing in huge new solar, wind, and hydroelectric energy projects. 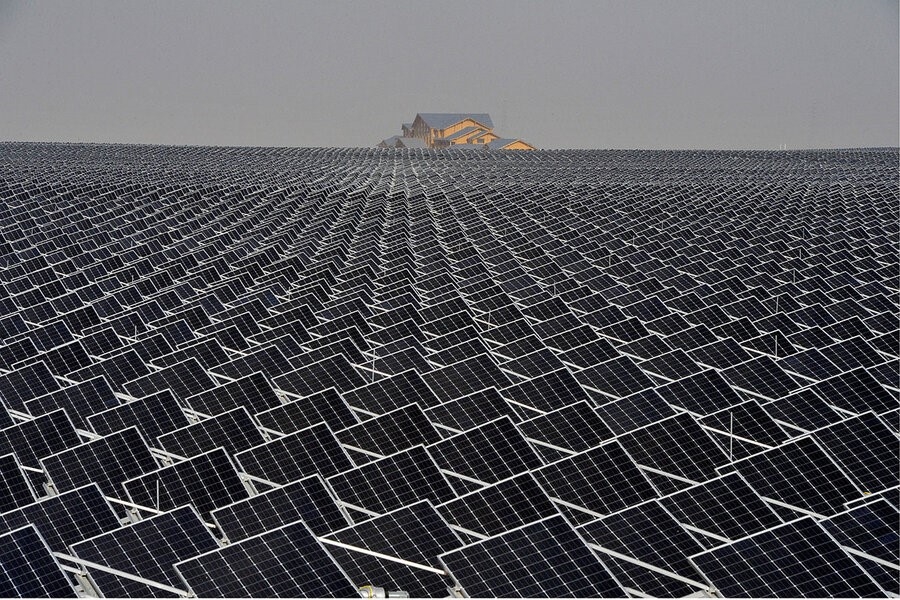 Underpinning this trend is a recent surge in public support for confronting climate change. Young activists such as the Swedish teenager Greta Thunberg have galvanized that support, and now it is shared by tens of millions of people worldwide, according to a raft of opinion polls ahead of the summit.

A survey of 31 countries commissioned by the BBC – including 18 also polled before the Paris summit six years ago – found an average of 56% of respondents wanted their governments to take a “leading role” in forging an agreement in Glasgow. That was up from 43% before Paris.

The responses in China and India, another major economy resisting calls for a wholesale move away from coal, were striking. In China, only 18% had wanted their leaders to push for progress in Paris. Now, the figure was 46%. In India, it jumped from 38% to 56%.

An even wider survey, under U.N. auspices, polled 1.2 million people across 50 countries. Two-thirds of respondents defined climate change as a “global emergency” and wanted to see greater use of renewable energy sources. Strong support for renewables was found even in carbon-dependent economies like the United States, Australia, and Russia.

And the move to renewables is gathering pace.

A mix of early subsidies and recent economies of scale means that the wind and the sun now generate electricity more cheaply than coal-powered fuel stations. The cost of one technology critical to green power sources – storage batteries – has also been falling.

On the horizon is another potentially game-changing energy source, capable of fueling not just homes, but factories, ships, and possibly even aircraft: emissions-free hydrogen, produced using wind or solar energy. 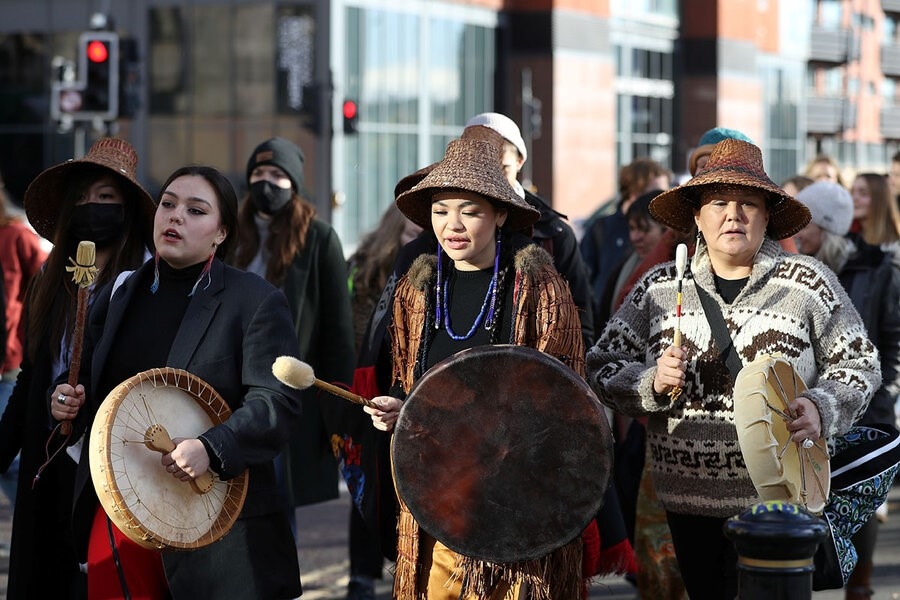 When it comes to cars and trucks, the shift from carbon is already underway.

Sales of new gas or diesel vehicles will be forbidden in Britain by 2030, and by 2035 in the 27-member European Union. And consumers are voting with their pocketbooks. Last month, for the first time, the top-selling car in both Britain and the EU wasn’t a Ford, a Renault, or a Hyundai.

It was a battery-powered Tesla.

The business world has also begun to shift gears.

On the margins of the summit on Wednesday, a coalition of the world’s leading banks and finance groups – the Glasgow Financial Alliance for Net Zero – announced a commitment to support the goal of net-zero carbon emissions in future investment decisions. Assembled by a former head of the Bank of England, Mark Carney, the coalition members control total assets of $130 trillion.

Their announcement amounted to industrywide backing for a groundbreaking decision two years ago by BlackRock, the world’s top investment manager, to make environmental sustainability its “new standard for investing.” It was a move that the New York-based firm described as simply economic common sense. “Climate risk,” it concluded, “is investment risk.”

Climate activists, and leading scientists, still want Glasgow to produce far more over the next two weeks than the “momentum” Mr. Kerry mentioned.

One reason: They’re aware that even with worldwide support for renewables, their development and use will have to be scaled up enormously, and quickly, if they’re going to replace existing carbon-heavy energy sources and slow global warming.

But they also know that – given the current trends, and the green-energy tools and strategies now available – what happens after Glasgow will be critical.

Ms. Thunberg herself seemed to be looking past the summit in a reflective BBC television interview just before it started.

“We must remember there’s not a point where everything is lost. If we can’t keep the global temperature rise to below 1.5,” she said, smiling, “then we’ll do 1.6 … and so on.”