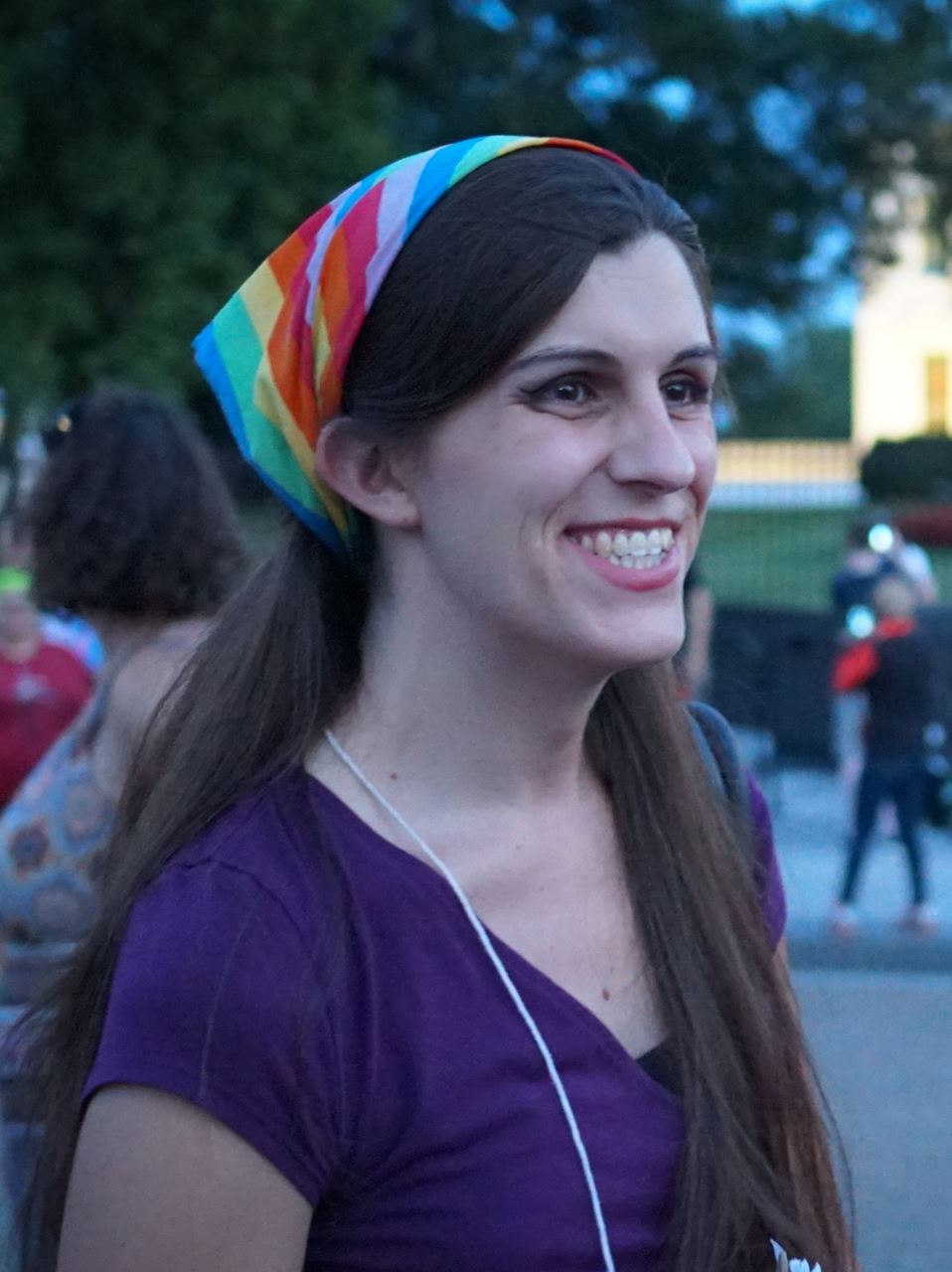 Forty-one percent of transgender individuals attempt suicide at some point in their life (American Foundation for Suicide Prevention and the Williams Institute). After the 2016 presidential election, trans suicide hotlines received record numbers of calls, the highest being 350 in a 24 hour span. Threats facing the trans community were magnified in the hours after the election, and this exigency was not lost on Danica Roem. Roem, a stepmom, diehard metal fan, and transgender woman won the 2017 race for Virginia state legislature against Virginia’s self-titled “chief homophobe,” Bob Marshall. Born in heavily conservative Manassas, Virginia in 1984, Roem grew up without much knowledge of transgender identity. She witnessed the ostracization of trans individuals in the media and in her hometown first hand. Despite these conditions, she remained in Manassas through adulthood, except for when she briefly attended St. Bonaventure University to earn a degree in journalism. Roem’s 2017 election provided reassurance in the fight for equality during an era of politics filled with fear-mongering, bigotry, and dishonesty. Her courage, unwavering consistency, and ability to keep her dignity against a cruel candidate won her the election to show that inclusivity improves society.

Danica Roem’s courage is one of her numerous heroic traits that helped her win the election. According to the New York Times, she is the first openly transgender person to take office in a state legislature: “Only one other openly transgender person has been elected to a state legislature anywhere in the United States: Stacie Laughton, a Democrat who won a seat in the New Hampshire House in 2012 but never took office because of an outcry over her failure to disclose a felony conviction. Another, Althea Garrison, elected to the Massachusetts House in 1992, came out as transgender during her term in office but lost every campaign she ran after coming out” (Astor). In the past, coming out devastated politicians' careers. Stacie Laughton, however, ran a successful campaign while out, but ultimately had to resign due to “public outcry,” which may have caused unjustified apprehension towards transgender officials. To win the election, Roem had to journey through uncharted territory while under massive public scrutiny. Between discrimination and general ignorance, merely being a transgender citizen is difficult, let alone being a politician. In 2016 alone, 111 hate crimes and 23 homicides based on transgender bias were recorded, though these numbers are grossly understated due to misgendering and failure to report incidents (Department of Justice; Human Rights Campaign). Despite the extreme violence transgender people face, Roem went door to door in her mostly conservative hometown to talk about policy and the improvements she planned to make in Manassas. When asked about her feelings towards this, Roem stated, “I know the risk associated with it [...] but I also know that just by being here - by me running this race - I’m making it more possible for other [transgender people] to run races like this” (“Inside Danica Roem’s Historic Victory”). Roem had the courage to meet with strangers who had unknown biases and fears. She risked her personal safety to secure her victory, which improved society for transgender people. By having discussions and making personal connections with people - even if they were over government policy - she confronted people’s prejudices, making it easier for transgender people to simply exist. Roem’s bravery helped make society a more bearable place for transgender individuals to live.

Roem’s conviction also helped her win the election. Throughout the campaign she focused on local issues, specifically Route 28, a poorly designed road in Manassas: “Transportation affects every single person [...] I spent that entire interview talking about Route 28. Delegate Marshall declined to be interviewed. I’ve been talking about this for ten months” (“Inside Danica Roem’s Historic Victory”). Roem dedicated her campaign to local issues that affect everyone in her town, whereas her opponent centered his campaign around her gender identity. He refused to debate her while she remained confident in her public policy ideas. Her unwavering conviction towards improving her hometown decimated Marshall’s polarizing propaganda and policy. She was adamant about focusing on ideas that unite her hometown, and in her victory speech she stated: “When you champion inclusion, when you champion equality, and you focus on the issues that unite us [...] those are the issues that you’ve got to focus on as a delegate, that you’ve got to focus on as a candidate. Because that’s what impacts everyone’s life, every single day” (“This is How We Win”). It is easy for candidates to evoke fear towards certain groups of citizens, but there is more strength in ideas that unite people. It is stronger to focus on ideas that affect everyone - ideas that people rally around - instead of discriminatory policies that vilify the most vulnerable citizens. Roem’s dedication to public policy issues, in spite of Marshall’s fear peddling tactics, won her the election.

As a transgender woman, Roem faces an onslaught of hateful insults and opinions rooted in fear and intolerance, but she keeps her dignity. In an interview with Vice News, Roem stated, “I’ve come to realize that when people talk smack about your gender, it’s not about you. Now, they might pick apart your looks [...] I’ve heard it all and here I am, two days away from election day and feeling pretty damn good about our chances to win” (“Inside Danica Roem's Historic Victory”). Her ability to disregard people's hateful words has allowed her to remain focused on her happiness and success. By simply living her life as the woman she is, she disparages the negative comments and preconceptions she faces, and this proved to be vital during the campaign. Her opponent, Bob Marshall, continuously attacked her gender, going as far as sending mailers to citizens of Manassas, including Roem, that misgendered her and accused her of pushing “transgenderism” onto kindergartners (Siddiqui). As a Virginia delegate he wrote policies that specifically targeted transgender youth such as bathroom bills and laws that would force school staff to tell parents if children asked to be called different pronouns in class. He refused to debate her, and in a letter to The Washington Post he warned that “Virginians must wake up, not be intimidated and fight this radical transgender agenda for the sake of our children and grandchildren” (Marshall). Despite Marshall’s ruthless actions, Roem refused to personally slander him, saying “I don't attack my constituents. Bob is my constituent now” (Astor). In the face of extreme immaturity and bigotry, Roem kept her class. She did not need to disgrace Marshall; his hateful words did it for him. Roem won the election as an unapologetically trans woman, keeping her dignity and proving that “discrimination is a disqualifier” (“Inside Danica Roem’s Historic Victory”).

Delegate Roem revolutionized the power of local government elections. Her candidacy was a statement - and an important one for the country, and trans youth in particular, to hear. Danica’s campaign inspired Clara, a 10-year-old transgender girl and tragically part of the 41% of her community that attempts suicide. Her mom stated, “... There was this article about Danica, and I remember thinking ‘there’s hope in this’ and she had to see it. And when I showed her the article she read it probably three times [...] and she looked up at me when she was finally done with this smile on her face that I had not seen in months and said, ‘she’s just like me’. [...] She gave us so much hope - she gave me my daughter back” (“Inside Danica Roem’s Historic Victory”). Due to bullying at school, Clara tried to jump out of a second story window. The isolation she faced was so egregious she decided at ten years old that her life was not worth living. Seeing Roem’s unwavering dedication to her campaign, despite her bitter opponent, and the support she received from many of the people of Manassas, was enough to reassure Clara that her identity is valid and her life is worth continuing. The qualities that helped get Roem elected, her bravery, her consistency, and her dignity, make her an American hero. Delegate Roem ran a campaign in the midst of bigotry and uncertainty, but came out on top, showing that “no matter what you look like, where you come from, how you worship, who you love, how you identify, and yeah, how you rock” (“This is How We Win”), persistence and solidarity conquer inequality.

Campaign, Human Rights. “Violence Against the Transgender Community in 2016.” Human

Staff, Broadly. “'This Is How We Win': Inside Danica Roem's Historic Victory.” Vice, 13 Nov.