by Gretchen from Vermont

"The ultimate destination of all nursing is the nursing of the sick in their own homes.... I look to the abolition of all hospitals and workhouse infirmaries." - Florence Nightingale

Florence Nightingale entered the hospital and was appalled and horrified by what she saw. Wounded soldiers lay on straw mats that lined the room like coffins waiting for burial. The floor was covered with dirt and blood. There were no hospital gowns: the men still wore their uniforms. As Nightingale passed them, each soldier tried to act stern and tough, but their boyish faces betrayed unmistakable pain. Those who were able to conquer their convulsions lay still, as if dead.

These were the hospital conditions in Scutari, Turkey during the Crimean War. Florence and a group of nurses were sent to this hospital to help make the hospital a more efficient place. The first change Florence made was scrubbing all the injured men's clothes. Then, she spent her own money buying bandages, operating tables and other basic necessities for the hospital. Her nurses cleaned the whole hospital so there were no more germs and this helped to stop contamination and spread of disease. She is a hero because she changed the hospital and saved lives with her determination and hard work.

Florence Nightingale also changed the profession of nursing forever. Nursing was once an occupation with little respect: people didn't think you needed any special training or skills to do it, and most nurses were poor and uneducated. It was very unusual for Florence, who came from the upper class, to work in a hospital. The hospital conditions were more sanitary after she reorganized everything. Funds and donations flooded into hospitals and the patients received better care. Hospitals around the world were changed forever, and caring for the sick became an honorable profession.

Nightingale was born in Florence, Italy on May 12, 1820. Although Italian born, she grew up in London, England where her education included the study of Greek, Latin, German, French and Italian. Her father taught her history and philosophy while her governess schooled her in music and drawing. As part of an upper class family, Nightingale and her her sister were expected to grow up as proper ladies who would "devote themselves to their family, husband, society, entertainment and cultural pursuits" (Bullough, 1993).

She was driven by a different dream. She believed that her attraction to nursing was God's will, or "a calling," and because of that she made many personal sacrifices to pursue her professional life with intensity.

Her family disapproved of her decision to take up the nursing profession, which was seen in her day as a vocation for lower classes, one carried out under harsh conditions in dirty hospital environments. The family's disappointment did not deter her from her goal, and at the age of 33, having studied nursing for nine years, Florence began caring for the sick.

In 1853, she was asked to work at the Harley Street Nursing Home. There, she made improvements that included better organization and training for the staff, and she implemented a system that piped hot water to every floor. She also created a lift to bring patients their meals (Falkus, 1980).

The Crimean War began and the British army was unprepared to accommodate British battle injuries and casualties in Crimea. This led to disasters such as cholera, lack of supplies, and inadequate sanitation. British Secretary of War Sidney Herbert asked Nightingale to take nurses and help the hospital in Scutari, Turkey. On October 21, 1854 she set out for the hospital with the 38 nurses she had trained.

The state of the hospital in Turkey was horrendous, but even more challenging was the hostile attitude the nurses received from the doctors. Many did not even allow nurses inside the wards! It wasn't until the Battle of Inkerman, during which the British suffered many casualties and the hospitals became overcrowd, that the doctors were forced to ask for help.

Nightingale used her own money to make the hospital a cleaner, healthier and more efficient place for patients. She brought in basics including bandages, extra clothes, 200 scrub brushes and better food. She also took all the dirty clothing outside the hospital to be washed.

She sent reports back to London about ways to improve conditions and assumed care of the patients at night, moving about each floor, comforting patients with a lamp in hand. This intimate relationship with her patients earned her the affectionate title of "Lady with the Lamp."

Though the male hospital team often resented her power to effect change, the troops were so grateful to her that they raised a special fund to allow her to continue her work.

Through selfless devotion and sheer determination, Florence Nightingale transformed the profession of nursing forever. She gave dignity and honor to what continues to be a female-dominated profession and revolutionized hospital conditions, making them more organized and, above all, sanitary. Largely because of her efforts, funds and donations flood into hospitals, allowing patients around the world to receive better care. 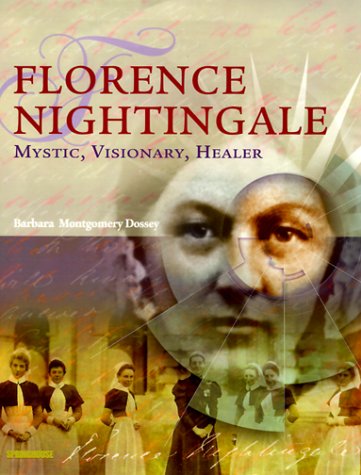 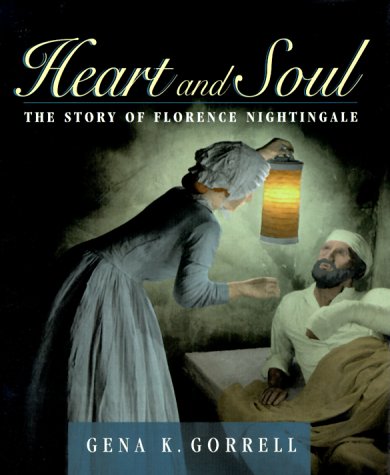