From logger to tree-hugger: One man’s fight for the Amazon

Conversations about conserving the Amazon rainforest often focus on the global impact. But stewardship can also be born from direct, individual experience – something this former logging company owner knows well.

JANUARY 6, 2020 - MANAUS, BRAZIL - As the long wooden canoe weaves among tree trunks in the flooded forest, Mark Baker lifts his binoculars and scans the canopy. 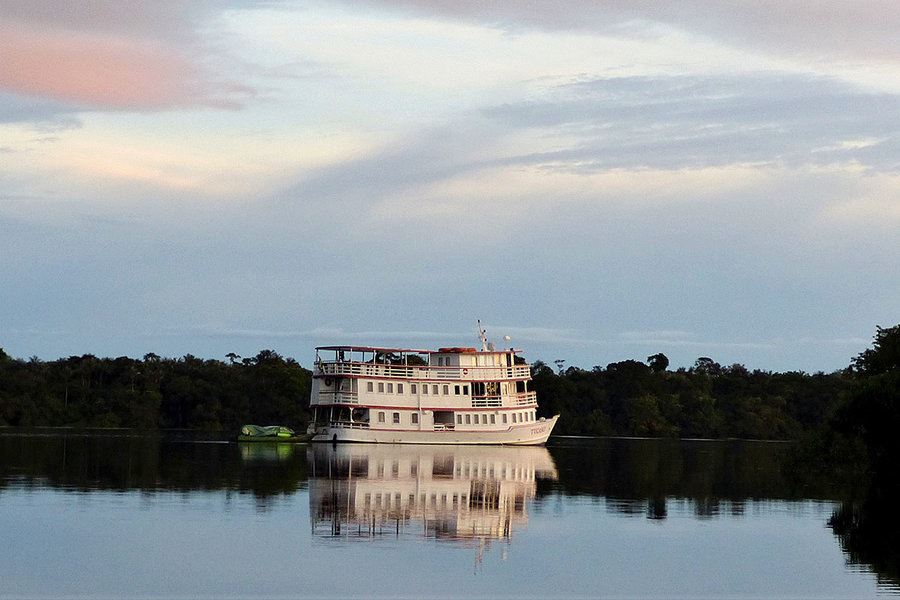 The Tucano transports ecotourists through the igap, or flooded forest, on the Rio Negro for a few days in April 2019.Melissa Gaskill

“Yellow-rumped cacique,” he says, pointing, as the rest of us strain to find it. Then, a string of pips come from a towering tree nearby. He turns. “Straight-billed woodcreeper.” On the hourlong outing, he identifies one bird after another.

Mr. Baker owns and operates Amazon Nature Tours, taking tourists along Brazil’s Rio Negro aboard his custom-built boat. Although he’s long been a nature enthusiast, Mr. Baker hasn’t always championed the rainforest’s rugged beauty. He used to cut down its trees for export.

But for the past three decades, he’s fashioned himself as a sort of protector of the Amazon rainforest. Mr. Baker’s tour company focuses on fostering appreciation and a sense of stewardship among global citizens – something that grew out of his own personal transformation.

Such ecotourism is on the rise globally. And in the Amazon, it could prove vital to protecting the unique ecosystem, says João Ferraz, a researcher at Brazil’s National Institute for Amazonian Research (INPA) and a colleague of Mr. Baker’s. “It’s important to have a lot of people come and see the forest is under threat,” he says, “to go back with that knowledge and keep up the pressure for NGOs and governments to take action. Ecotourism has an impact on the economy and on the tourists themselves.”

Loving the rainforest in a new way

Mr. Baker’s appreciation for nature runs deep. As a boy in North Carolina, he spent a lot of time outdoors. In 1977, fresh out of college, he drove to Rhode Island looking for something to do – ideally outside – for six months before graduate school. An ad in The Newport Daily News for a boat builder, no experience necessary, caught his eye. 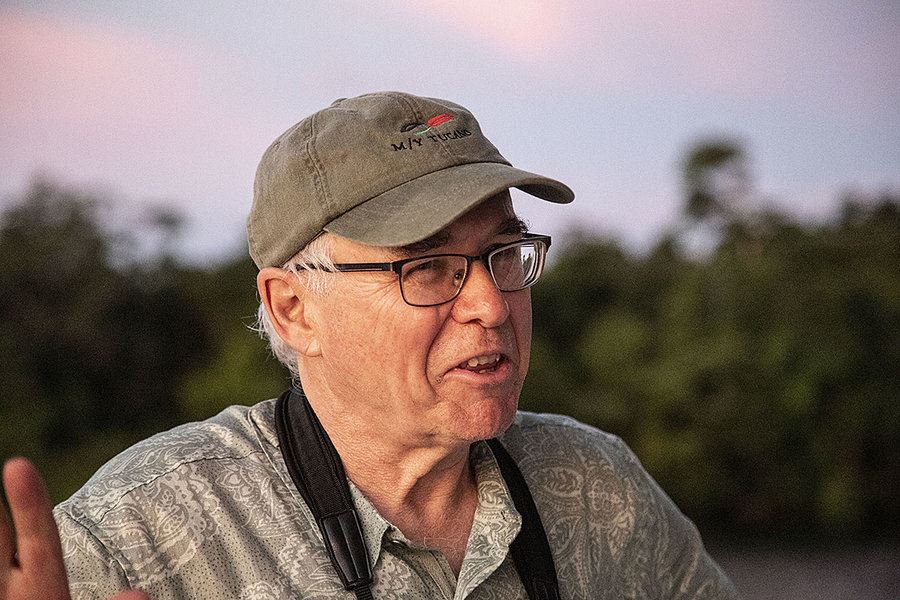 Mark Baker, seen here on the Rio Negro river in Brazil, founded Amazon Nature Cruises in 1997 to introduce tourists to the wonders of the rainforest, April 29, 2019.Eric Gorleer

Six months stretched into years before an economic recession halted boat building. Young and unencumbered, Mr. Baker joined a crew delivering a yacht to Venezuela. From there, he decided to explore the Amazon rainforest. He walked, rode buses, and hitched rides in military vehicles, reveling in his surroundings. Weeks later, he arrived in the inland port city of Manaus, Brazil.

“By that time, I was so entranced with this forest. It had everything I loved: boats, nature, wilderness,” he recalls. “So, I got a haircut, bought a white shirt, met with the American consul in Manaus, and started a lumber business.” It seemed like a natural step, as boat building taught him much about the properties of tropical wood.

For eight years, Mr. Baker’s business, Amazonex Lumber Co., sold rare tropical wood from the Amazon to customers across the United States. Exporting wood provided him with an excuse to spend a lot of time in the rainforest, taking him back to his boyhood days. Mr. Baker told himself that selective harvest was just part of managing the resource.

But gradually he began to notice on his birding outings that the forest had grown quieter. He came across cleared areas more and more frequently. And on the Manaus docks, he saw wood for export labeled with the name of a type of timber legal to export, but knew that it was another illegal type.

“It took me eight years to come to the realization that the construct that you can selectively harvest and manage the forest was a bunch of malarkey,” he says. “I couldn’t do it anymore.”

Mr. Baker took a mental inventory of his skills – familiarity with nature and boats, experience in the complex culture of Brazil, fluency in its language – and launched a boat tour company in 1989. It had a simple mission: to offer travelers an authentic and nonexploitative experience with nature.

At the time, ecotourism was a new concept, and Mr. Baker learned by doing. But it wasn’t always smooth sailing.

One of his early expeditions wandered channels through the flooded forest for days before the boat captain found his way out. Local sensibilities about what foreigners would want to see also created challenges. “One of our first trips, the guests said they really wanted to see toucans,” he recalls. “We get in a launch and go looking. About 20 minutes later we hear gunfire and spin around to go back. It was the staff. They say, you wanted to see toucans, right? Fortunately, they were bad shots. That sort of misunderstanding came up for years.”

Initially Mr. Baker chartered boats for the tours, but he soon realized that the only way to ensure a good experience without damaging the environment was to own a vessel – custom-built. His 18-passenger river cruise boat now boasts sustainable features like a gravity-operated water system, solar electric generation, and thermal water heating. The small launches used for short excursions use electric motors.

He’s also worked to develop a team with a sustainability mindset. “Guides, boat drivers, cooks, everybody involved, has that same desire to enjoy and not affect in any negative way the places we visit,” he says. Local people that the tours come in contact with have started to embrace the concept, too. “Our influence, such as it is, has been in attitudes. But it requires constant vigilance, because the smallest behaviors in those places can have big consequences.”

The Amazon rainforest covers more than 2.3 million square miles and is the biggest carbon store in the world, according to Giordane Martins, a biologist at the INPA. Forty percent of Brazil’s land lies in the Amazon, but roughly 20% of it is already deforested. Mr. Baker laments his contribution to that statistic, but opening a tour company may have offered a bit of atonement.

“No government has invested sufficiently in environmental enforcement in the Amazon,” says Dr. Ferraz. “Ecotourism, what Mark is doing, has a positive impact.”

“Our role is to educate,” he says. “Many people arrive with that nature sensibility. Some acquire it on our tours. We take out a lot of U.S. high school groups as well. I had a parent call and say, ‘It’s your fault my son now studies gorillas in Africa.’”

Get the Monitor Stories you care about delivered to your inbox.

The rate of deforestation in Brazil is on the rise after falling for years, but Mr. Baker remains optimistic. “One of the goals of ecotourism is to share the economic benefits of travel. The other is to help promote conservation, to generate income and help protect the forest. We’ve seen that happen,” he says. “I wish we could say we saved the rainforest. We haven’t. But we have had an impact.”

Enjoy more stories of Earthkeeper Heroes at MY HERO