Congratulations to filmmakers from In Progress whose films have all placed in the 17th Annual MY HERO International Film Festival, with ' 8 Minutes and 46 Seconds' winning the Dan Eldon Youth Activist Award, 'As An Asthmatic' winning the WOJ Youth Reporter Award, '5400 Children' coming 1st place in the High School Experimental category and 'Love Can Heal Us All' placing first in the Elementary category. To view all of the 2021 award-winning films, go to: myhero.com/Winners

In Progress, a Non-Profit Arts' Organization, Wins at 2021 Film Festival 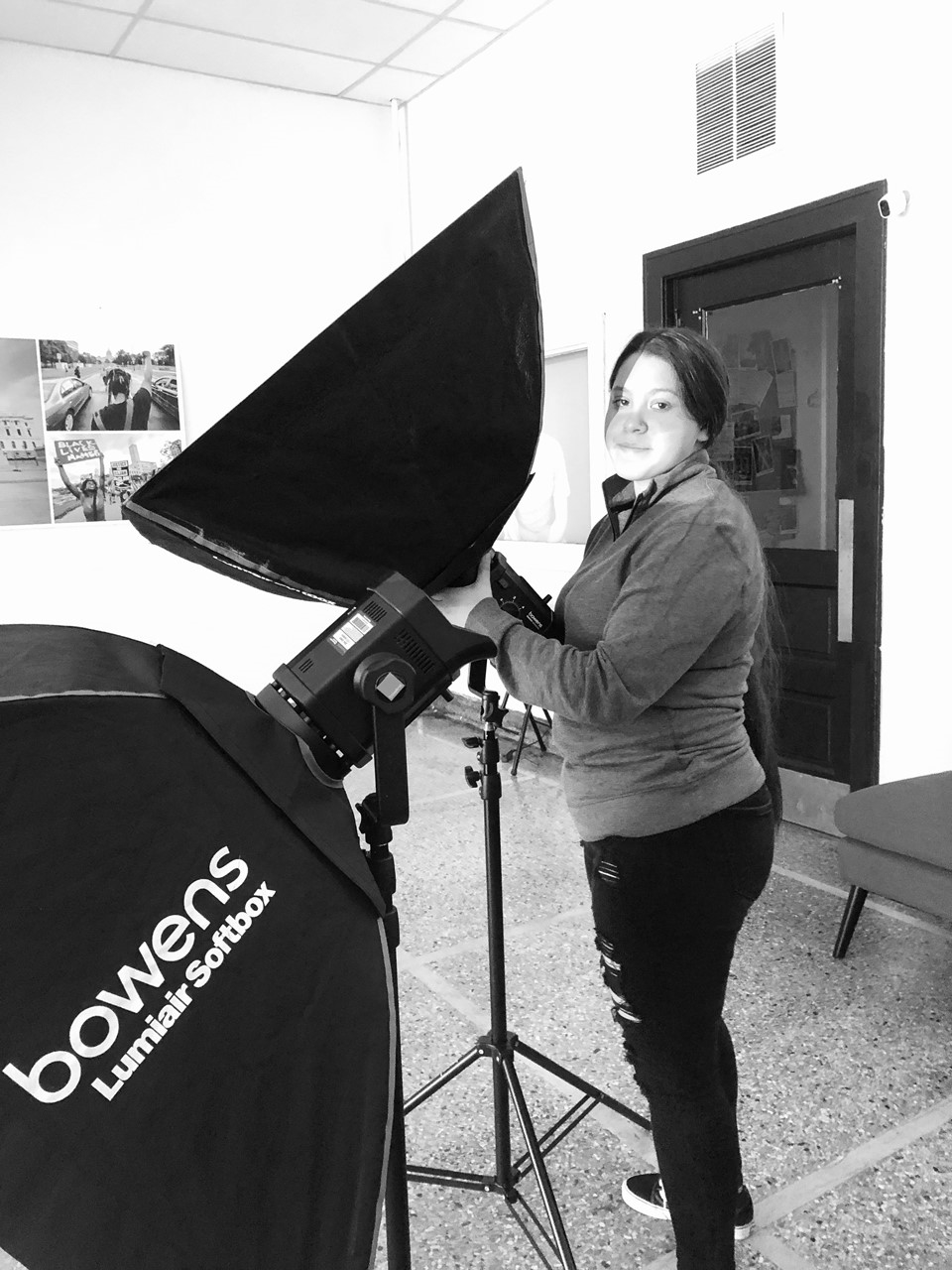 In ProgressCourtesy of In ProgressMY HERO would like to acknowledge In Progress, a small non-profit from Minnesota for their phenomenal work and contribution to the arts’ world and to our 2021 MY HERO Film Festival.

In Progress is an organization that works with developing artists of all ages and provides opportunities for artists to develop their skills as digital storytellers and leaders through the use of photography, video, and music. Their purpose is ‘to diversify cultural dialogue and pave the way for new voices in the field of digital art making.’

The 2021 MY HERO Film Festival selected four short films from In Progress artists as finalists in various categories: As an Asthmatic, Love Can Heal Us All, 8 minutes and 46 seconds, and 5400 Children.

This small non-profit has been promoting the voices of new and emerging artists since its inception in 1996, breaking down barriers of geography, class, education, and culture in the process. It emerged from a series of youth-based workshops where, ‘the youth became adults, became artists, and were looking for ways to continue making and connecting.’  Today, In Progress works with approximately 1500 artists annually and reaches tens of thousands through exhibitions and screenings.

Says Kristine Sorensen, executive director, “In our work, we seek to develop relationships with artists directly in the communities they live.  We always include families as partners in this process, which means we often have parents creating with their children, and children producing with siblings and parents.  It is a creative, chaotic and supportive place for artists to develop.  In 2021, we operated two arts studios in the state, and provided other workshops, residencies, exhibits and screenings in some of the smallest communities in Minnesota.”

In Progress is also known for working with artists that typically would not have easy access to creating in digital form.  This translates to 98% BIPOCI artists living in rural, tribal and the inner city, and those living in low-income and poor households.  In Progress, works with the core value of shared learning experiences, shared tools, and shared spaces.  “We use digital art creation as a tool for public discourse while building the skills of new and developing makers so they may create, teach and lead.” 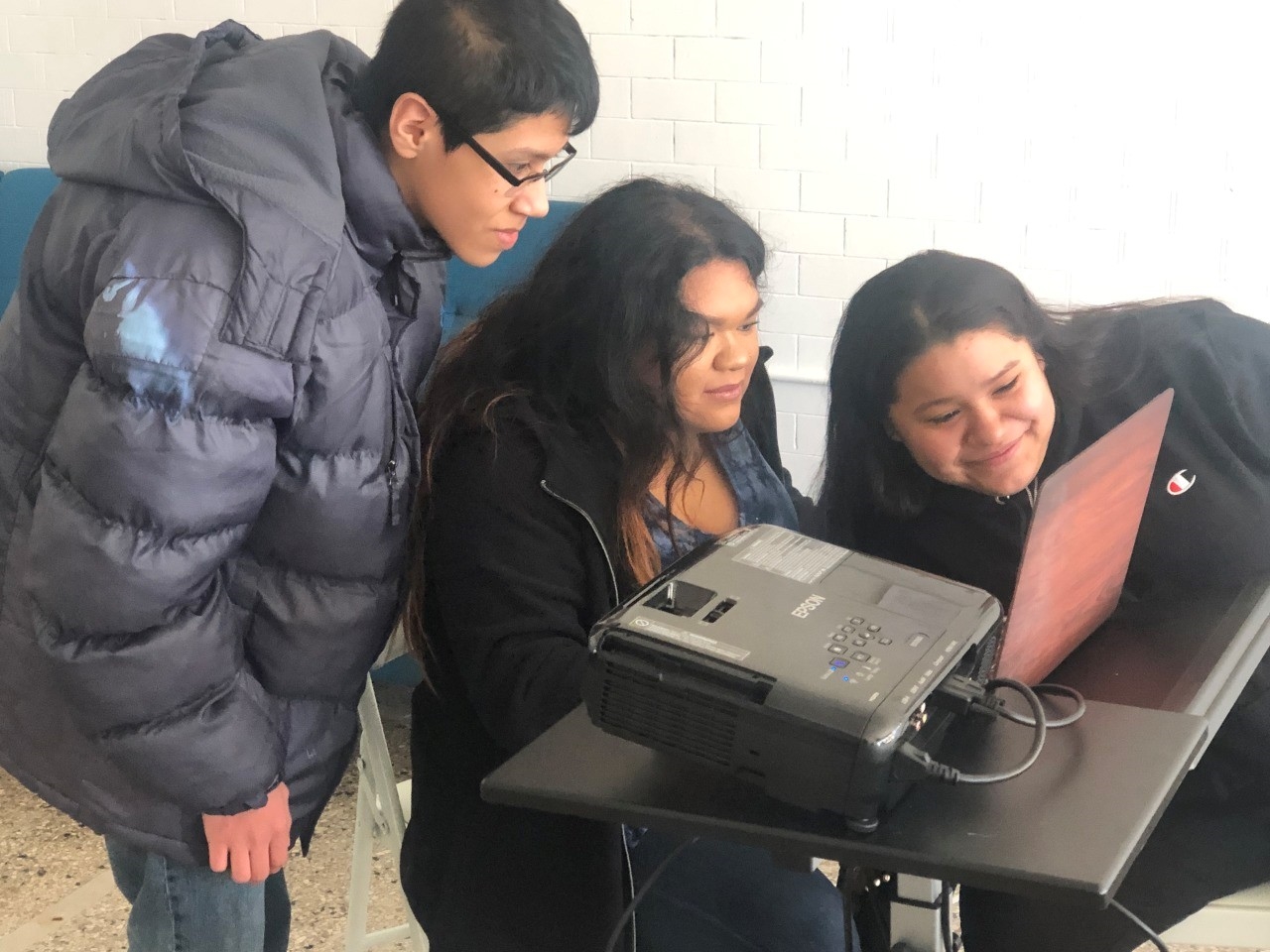 As An Asthmatic, a video short about the impact of vaping on youth has placed second in the High School Animation category AND has won the WOJ Youth Reporter Award, sponsored by Tract. Alayna, Elise and Bailey created As An Asthmatic while attending Superior High School, a small city school located just across the Minnesota border in Superior Wisconsin.  The work was created collaboratively, where one wrote, another filmed and another drew.  They received mentorship long-distance (due to Covid) and had to oversee the editing process remotely since they did not have editing tools.  Their story was personal and based on 1st hand information and was produced with the intent of educating members of their school and local community about the negative impact of tobacco products in the lives of youth.  This project was sponsored by the State of Wisconsin Tobacco Prevention and Control Program, the Northwest Wisconsin Lung Health Alliance, Superior High School, and funding from WI DPI mini AODA grant - core partners in providing the opportunity.  This video represents this team's first venture into video creation.

Love Can Heal Us All

In this film, which placed 1st in the Elementary School category, a young person, Azomali Obisakin, states her case that love above all else is a healing force. The documentary includes interviews with parents and kids and reflects on how acting consciously in love is good for all. Azomali is 9 years old now but was just 8 when she produced her movie.  This film is her first, but she is already proving herself a talented and dedicated filmmaker.  She sees video as a means for teaching others about the power of love.  She is currently in pre-production on a second video that will take a deep dive into bullying, racial bias and what might be called misguided "love."

5400 Children receives Ist place in the High School Experimental category. Morgen Arguelles is 17 years old and a senior at Crookston High School.  She has been working as a photographer since the age of 14 but moved into video in 2020, as she felt the issues related to family separation was not receiving enough local or national attention.  She wanted to speak clearly to an adult audience with her work, hoping to share the message that the actions of the U.S. government regarding family separation was having a deep and negative impact on youth.  She chose to show the faces of young people with photo and video imagery projected onto their faces to illustrate that impact. She is currently working as a curator and community photographer at our studio that is located in Crookston.

Winner of the Dan Eldon Youth Activist Award, Angel "Miracle" Espericueta's film is a video poem dedicated to the memory of George Floyd and those that stood up in protest against his murder by police. Angel is now a high school graduate.  She has been following social injustice play out her entire life on social media and so she has become a commentator of these experiences through her video work.  In her production, she reached out to fellow youth and to three photojournalists to produce the imagery that would accompany the spoken work piece she created to acknowledge the murder of George Flloyd.  Angel was honored in last year's My Hero Festival, for her video "Cries of the Children," and was recently awarded $10,000 from the Waterers for her work in social justice, the arts and rural communities.

On presenting the Dan Eldon Award at the MY HERO International Film Festival, said Kathy Eldon: “The George Floyd movement is kept alive by films and creative activism and your film is going to reach a different kind of audience. I love the juxtaposition of the imagery against the music and against the spoken word. It was just wonderful.”

If you would like to know more about In Progress go to: in-progress.org. There is no cost to be a part of the organization, outside of time, and a willingness to share with others. 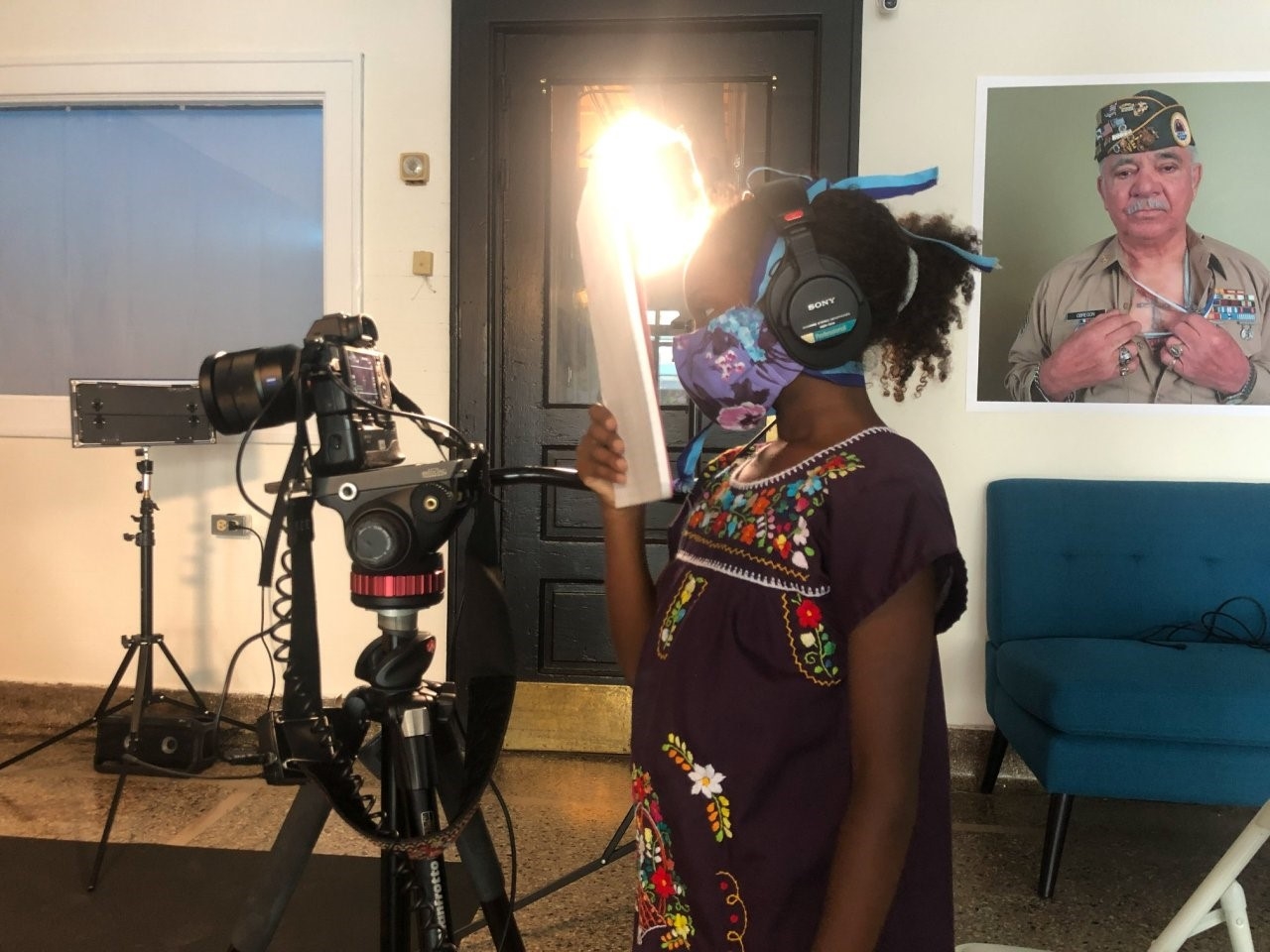 To view the 2021 award-winning films, go to myhero.com/Winners

In Progress - In Progress’s purpose is to diversify cultural dialogue and pave the way for new voices in the field of digital art-making.

Congratulations to our 2021 Film Festival Winners!