by Erin Phillips from Champlin, Minnesota

St. Joan of Arc had a very interesting life. As a child, she was very religious and attended church everyday. She was Catholic and very good friends with the local priest. When she was an adolescent, she began to hear the voices of angels, and see them regularly. Her friends and family thought she was going insane when she told them that God wanted her to lead a holy army to free France from the Hundred Year War. But she kept with her story and, finally, with the permission of her family and priest, she went off to gain the acceptance of the French prince. After she gained his acceptance, she led and won many battles.

Many people thought that her success was the Devil's work, and shortly before the end of the war, she was imprisoned. With no one to speak for her, she was burned at the stake as a martyr and buried in a pauper's grave. But the war was ended, the French were victorious, and her legend remains.

I actually have many heroes, but I chose St. Joan of Arc for this project because she is an inspiration to me. I have read several biographies and fictional works about her, and I am greatly in awe of her and her bravery. To go into battle as a woman in that time period was a terrific feat, and she was a battle commander! I think she is a very honorable figure in history and it saddens me that she died in such a dishonorable fashion.

A very good source to learn more about St. Joan of Arc is Dove and Sword. This is a work of historical fiction with thousands of hours of research behind it. It is rather lengthy (about 700 pages). I'm sure you can also find many shorter documents about this prestigious avenger.

Joan of Arc - was the hero of Medieval Poet Christine de Pisan.
Distinguished Women of Past and Present - features a biography of Joan of Arc. 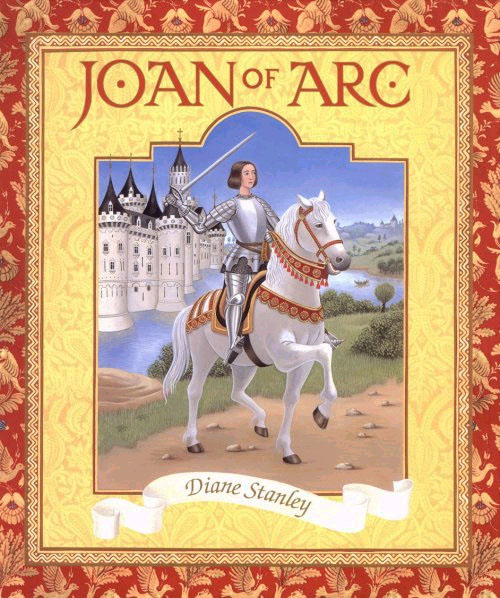 Beyond the Myth: The Story of Joan of Arc
Polly Schoyer Brooks