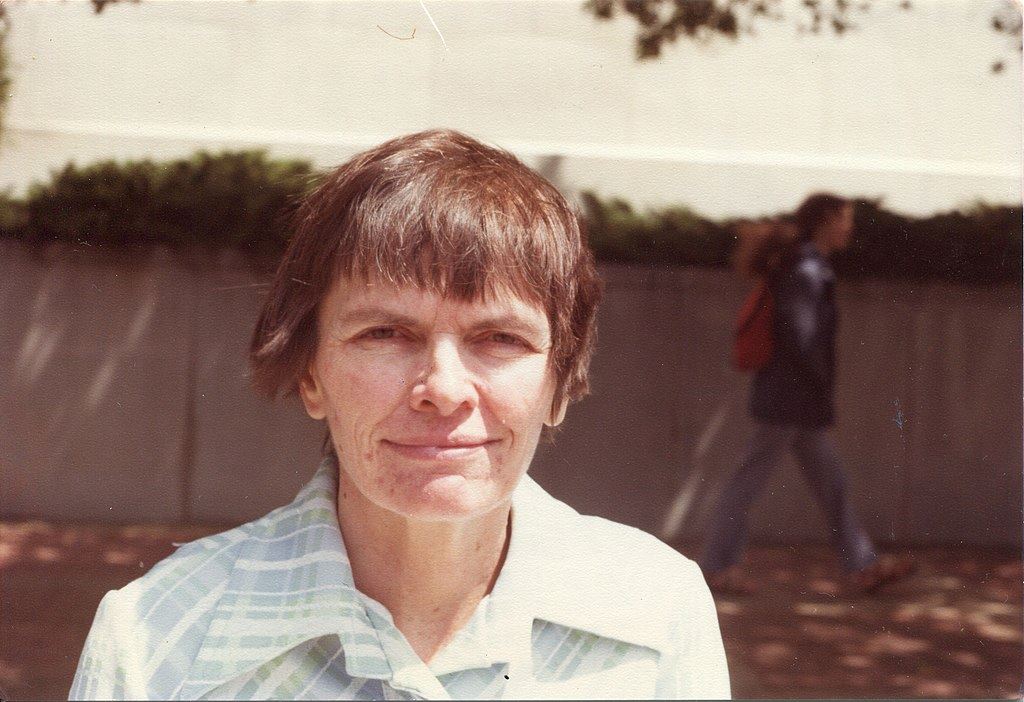 “I have always tried to do everything I could to encourage talented women to become research mathematicians” - Julia Robinson, The Autobiography of Julie Robinson

Julia Robinson was a St. Louis, Missouri-born, American mathematician. She was noted and recognized for her contributions to the fields of computability theory and computational complexity theory. Her successful work later led to her nomination as the first female president of the American Mathematical Society, receiving a Noether Award from the Association for Women in Mathematics, and being elected as a member of the American Academy of Arts and Sciences.

Julia Robinson was the daughter of Ralph Bowers Bowman, an owner of a machine equipment company, and Helen Bowman, a school teacher. When Julia was 2 years old, her mother passed away and her father remarried. Robinson had two sisters. Her younger sister was Billie Comstock, while her older sister, Constance Reid, also was interested and fascinated with math, being a mathematical popularizer and biographer. Even though Julia Robinson suffered from scarlet fever and rheumatic fever at the age of 9 and missed two years of school, she was able to complete high school with a Bausch-Lomb Award for being an outstanding student in science.

When she was 16 years old, Robinson attended San Diego State University, but due to the lack of support and her dissatisfaction with the mathematics curriculum, she transferred to the University of California, Berkeley for her senior year. However, in the same year, Robinson’s father, Ralph Bowers Bowman, committed suicide due to financial insecurities.

During her first year at UC Berkeley, she took five mathematics courses and met her number theory course professor, Raphael M. Robinson, whom she later married in 1941. After completing her undergraduate studies, Robinson stayed and worked as a teaching assistant while a graduate student at UC Berkeley. As a statistic lab assistant, she worked hard in publishing her paper, “A Note on Exact Sequential Analysis.”

By 1948, Robinson received her Ph.D degree with her dissertation on “Definability and Decision Problems in Arithmetic” under Alfred Tarski. Her dissertation powered the theory that the rational numbers were an undecidable problem, by showing that elementary number theory could be defined in terms of the rationals. Robinson later continued her mathematical journey and worked with several other researchers like Martin Davis, Hilary Putnam, and Yuri Matiyasevich. Robinson worked with Martin Davis and Hilary Putnam on Hilbert’s tenth problem, which is an algorithm to determine whether a Diophantine equation has any solution in integers.

Another theory Robinson worked on was Game Theory. She spent around a year’s time at the RAND Corporation in Santa Monica, researching game theory. She then published a paper, “On the Hamiltonian game (a traveling salesmen problem),” and later, “An iterative Method of Solving a Game.”

With all her success in exploring mathematics, Robinson found herself wanting to encourage and support young women to become research mathematicians when she was elected as the president of the American Mathematical Society. She said, “What I really am is a mathematician. Rather than being remembered as the first woman this or that, I would prefer to be remembered, as a mathematician should, simply for the theorems I have proved and the problems I have solved.” Robinson wanted to prove that women can do just as many things as men do.

By 1985, she passed away in Oakland, California, after being diagnosed with leukemia. For her last request, she asked there be no funeral services and wanted to make a gift in her memory contributing to the Alfred Tarski Fund. In the end, her character and achievements spoke for themselves, when the American Institute of Mathematics and the Mathematical Sciences Research Institute sponsored the Julia Robinson Mathematics Festival. In 2008, director George Csicsery produced a documentary, Julia Robinson and Hilbert’s Tenth Problem, based on Robinson’s successes and achievements.