by Deborah Neff, MY HERO Staff writer from United States

“Copper is an extension of penny,” she says, “like a penny, you have to begin there.”

Using oxidized paint, chalk, and found objects, every inch of Ms. Westray’s house was a canvas for her painting and sculpture.

Laura P. Valtorta’s short documentary film, The Art House, (2014), is a finalist for MY HERO’s 17th Annual Film Festival People’s Choice Award. It’s no wonder because the film is both unique, with heart, and expertly rendered. While Ms. Westray died suddenly in 2018, her artist’s spirit lives on in Laura’s film. Laura had a special relationship with artist Ginger Westray, a retired African American school teacher living in Columbia, South Carolina, and it shows.

Laura and Ms. Westray met 15 years ago through one of Westray’s children and got to know each other when Laura approached Westray with an idea for a film about the art installation—her house. “

Laura told MY HERO: “The house was an art installation. I became a sort of ambassador to her house, bringing people there to see it, they were always astonished and amazed. The film doesn’t do justice to it—the house took your breath away.”

What was most impressive about Westray’s art, Laura said, was her freedom of expression: “All the walls and ceilings of her house were covered in paint and found objects, every inch.” Westray expresses her freedoms and liberties as choice: “I am free in this house, free to paint and create as I wish.” “Art is free and nature is free,” she says in the film.

According to Laura, Ms. Westray was dearly loved by many; she was a wonderful person with an artist spirit. A sought-after teacher and the first Black teacher to integrate an all-white school district, she often said, “We are all one human race.”

Westray,” Laura said, “had a unique personality that included an unrelenting passion for sharing music and art with others, wise advice, and an always-upbeat perspective, even in the face of adversity.” She added, “No one ever walked out of her house or got off the phone with her without feeling upbeat, and many people went to her with their problems.” 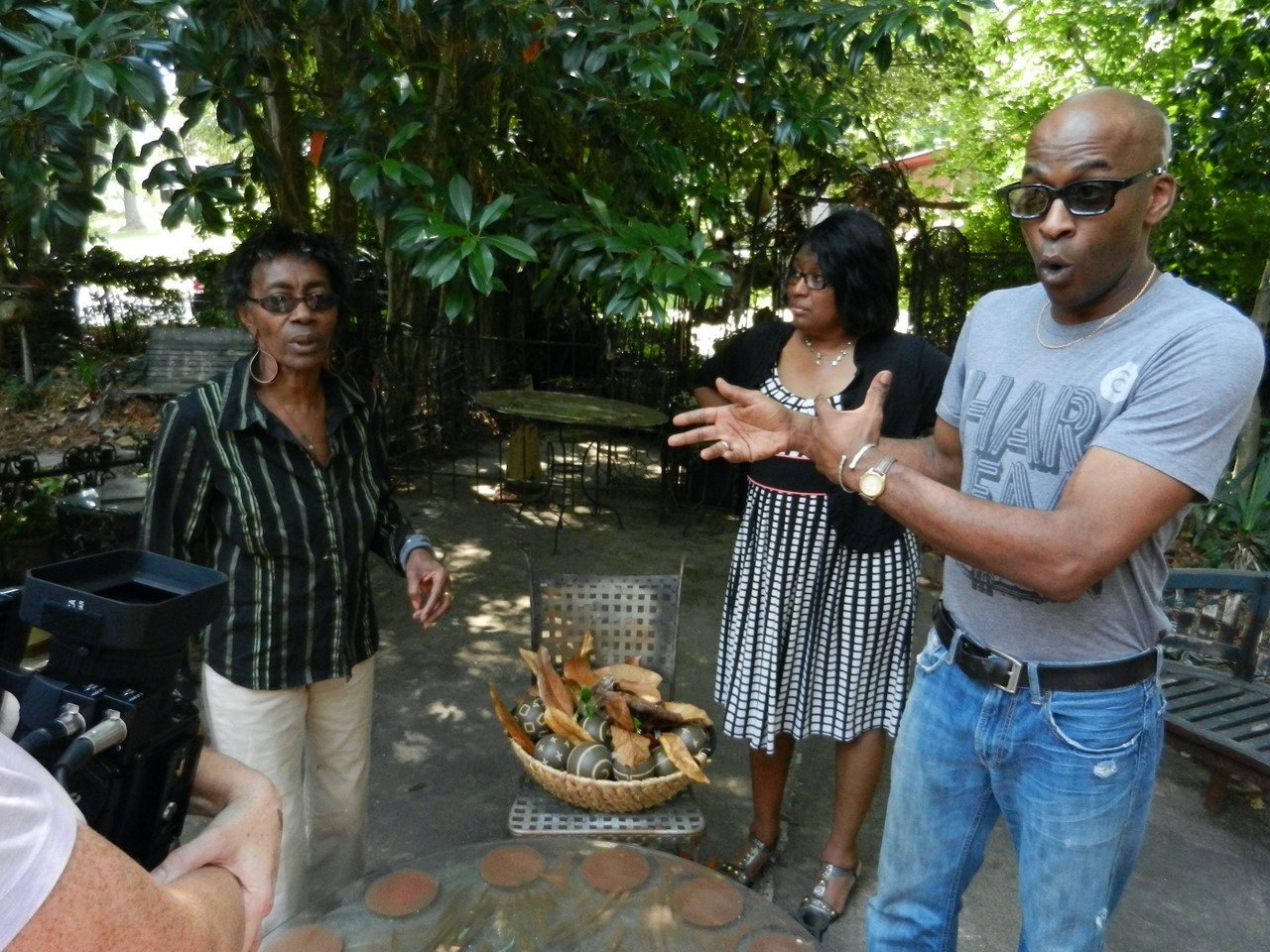 Ms. Westray would have parties in her backyard with music--her son is a jazz musician whose music is featured in the film. Teachers and adult students were among her regular guests. “Music and art are related,” Westray often said.

Laura told MY HERO that her inspiration for film making began in earnest after her father died in 2011; his early death encouraged her to pursue her passion.

As an attorney, she says, she hears people’s stories in a big way and this, too, has inspired her. Digitization is one reason, as well, as it makes it easier to produce films.

Laura likes to film about “small town nitty gritty stuff” and likes to hire people locally to work with her on her films.

A few years ago, Laura began to get hired to make documentaries, which she said was a real step forward. In addition, she has written several screenplays, and is currently shooting a feature length film entitled, Bermuda.

When MY HERO asked Laura what she learned from making this film, Laura answered, “To make the documentary work, you really need to listen to your subjects.” This, I imagine, is what makes Laura a good lawyer and The Art House, a stunning success.