by Claudia Hudson from Laguna Beach, California in United States

"Most of you who read this book have not lived my kind of life. By the grace of destiny or luck or god, you do not know how hard it is to survive; although now you have some idea ... Right now, though, there are millions of other poor people around the world--girls, boys, men, and women--who live their lives the way I did in order to survive. Like me, they did not ask for the wars that swallowed them. They ask only for peace--the freedom to love and live a full life--and nothing more. I ask only that you open your heart and mind to them, as you have opened it to me by reading this book, and do not think that our story is over." – When Heaven and Earth Changed Places 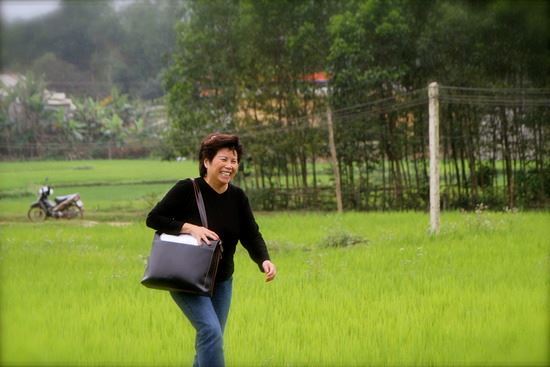 A Child of War

Born on December 19, 1949 as the 7th child of a peasant family in Ky La (now called Xa Hoa Qui), a small farming village near Da Nang, Vietnam, Le Ly Hayslip (born Phung Thi Le Ly), as most all the girls of her village, was initially reared to be a rice farmer and (eventual) wife. Despite their peasant status, Le Ly enjoyed her life in the rural community.

Yet as fate would have it, soon a war of independence erupted in Vietnam and Le Ly found herself in the midst of it. At the time, Vietnam was under French colonial rule, and Ho Chi Minh and the Viet Cong, his soldiers, were fighting for autonomy through guerrilla warfare. The great majority of peasants supported the rebel movement, and likewise, Le Ly's education was cut short at third grade, when she instead began to serve as a lookout for them. Like many in her village, she also helped dig tunnels for the Viet Cong, an act which ironically would eventually plot the peasant villagers against both the rebel AND colonial armies.

When the French colonial and U.S. armies heard about the village's collaboration with the Viet Cong, they prosecuted the villagers harshly. Amongst other punishments, they forced the local children to refill the tunnels. In turn, the Viet Cong saw this punishment instead as a traitorous act against them and would often kill the villagers for betraying them, when in reality, they were just following forced orders.

Though not amongst those with that terrible fate, as a young teenager Le Ly in particular endured great hardship from all sides. The French and American armies punished her because she had not only helped in the tunnel-building, but had also served as a lookout for them. The South Vietnamese police arrested and tortured her, and then the Viet Cong sentenced her to death at the age of 15, accused of collaborating with the colonial armies. In a great twist of irony, she, along with many of her fellow villagers, was seen as a traitor by all sides. Though she endured unspeakable torture and physical assault in the process, she was miraculously spared her life.

She and her mother fled their village, eventually arriving in Saigon where they found work, but again encountered hardship. First Le Ly became a teenage mother, and later she endured a variety of difficult, sometimes dangerous, and, in some cases, even illegal occupations to help her son and mother survive in a city primarily run by the American forces. Eventually, though, she met and married an American civilian working in Vietnam and soon moved to the United States to live with him. But unfortunately tragedy struck again. Much older than her, he died three years later, and Le Ly was left a widow and again, a single mother, at the age of twenty-four. 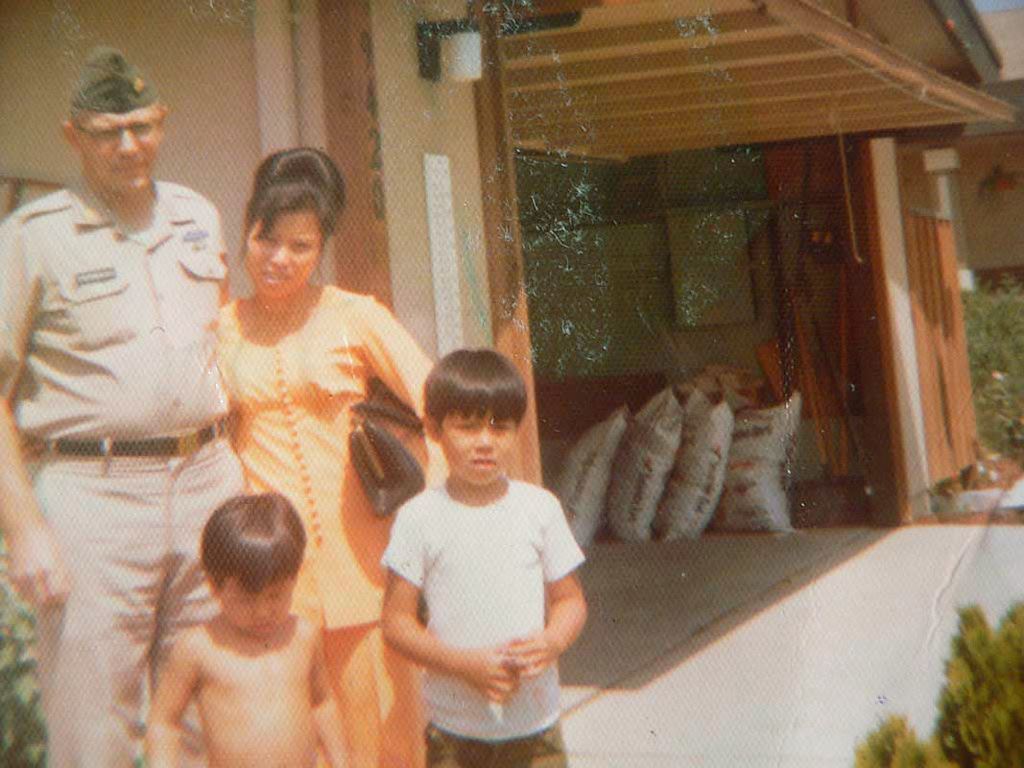 Le Ly Hayslip's familymanhhai - Flickr [Public domain]She married a man named Dennis Hayslip in 1974, and though their marriage was quite troubled, he risked his own life to return to Vietnam to find her sister and rescue her and her children from the Viet Cong, as they would surely have killed her as a "collaborator" for having had children with an American. Unfortunately, though, Dennis and Le Ly's marriage dissolved, and after his unexpected death, she was again left a widowed mother. Le Ly, once again forced to find incredible inner and physical strength, worked a variety of jobs to support her three sons, including serving on a factory assembly line and serving as a housekeeper. All the while she also began dabbling in investments, which would eventually lead her to great financial security.

It was at this point that Le Ly began to rely on writing as a source of comfort and release. She decided to write a memoir of her life in Vietnam, and with the help of her son Jason, who would type and assist her with English, she wrote "When Heaven and Earth Changed Places: A Vietnamese Woman's Journey from War to Peace" (1989, Doubleday Press), which received excellent reviews.

A Woman of Peace

She then founded East Meets West, a nonprofit humanitarian relief organization which strives to rebuild post-war lives both emotionally and physically. She had yearned to return to Vietnam and felt that through her organization she could bridge peace between the two cultures that had touched her life, by helping improve communication and understanding between them. She also wanted to help those living in Vietnam by providing them with better health care, education, job training, and more. And as a true woman of peace, her focus was also on those American soldiers who had returned home to feelings of overwhelming guilt or isolation, or oftentimes rejection.

East Meets West has kept to its mission of "Working Together to Heal the Wounds of War."

In Vietnam the organization has created many valuable resources for the needy. Amongst others, it has created centers for orphaned and abandoned children where they can live and receive an education, kindergarten and grammar schools, health care centers which serve rural communities, mobile medical outreach programs that provide health units to remote areas that would otherwise be without proper healthcare, and even a facial reconstruction program which offers facial prosthetic replacements for the disabled and trains technicians. The organization also built a village market in Ky La to provide villagers with a cleaner and more sanitary location for purchasing food, and to stimulate the local economy. The Cultural Vocational Training Center was built to teach various trades to students and villagers, free of charge. Per its name, the center also focuses on cultural aspects, offering classes in traditional singing and dancing, and hosting traditional arts performances.

Currently the Global Village Foundation is focusing on a Portable Libraries Project, bringing books and educational supplies to areas in Vietnam where children have no access to an education or learning tools otherwise. The organization also offers emergency relief, delivering tons of rice and assistance to impoverished areas that have been affected by natural disasters, floods, and droughts. The current focus is also on the Dental Health and Education Project to bring dental care and hygiene education to thousands of young children throughout villages in rural Vietnam.

Hollywood came out to help as well, with filmmaker Oliver Stone, a Vietnam vet, helping fund the "Mother's Love Clinic" for homeless children in Da Nang; and Robert Kline and Senator John Kerry raising money to build the "Peace Village," a medical center for children.

And for the soldiers who too saw the brutality of the Vietnam War, albeit from the other side of the trenches, Le Ly personally acts as a "confessor" to their guilt, which in many cases is so overwhelming that it has consumed their entire lives and has cost them everything from their careers to their families. Believing that positive action can help heal a broken spirit, she often encourages them to return to Vietnam to help in positive ways, particularly in ways that will help women and children, such as helping build medical clinics or schools.

Le Ly's passion for writing pressed on as well. She continued working on her memoirs, and in 1993 published "Child of War, Woman of Peace." The two books served as inspiration for Oliver Stone's film on Le Ly, 1993's Heaven and Earth, in which she has a small cameo.

Instead of focusing on the tragedy that pervaded so much of her existence, Le Ly turned her own experiences into a way to help others rebuild their lives as well. Having survived the torture and victimization of war herself, she turned her personal pain into a public passion to make a difference both in Vietnam and in the United States, as a humanitarian, a memoirist, and a powerful peacemaker. As per the title of her second memoir, Le Ly Hayslip was a child of war and is now an exemplary woman of peace.

Co-founder and Director The MY HERO Project