L.A. activist and artist Leo Limon is a major influencer in Chicana/o art scene and gives back tirelessly to his community. 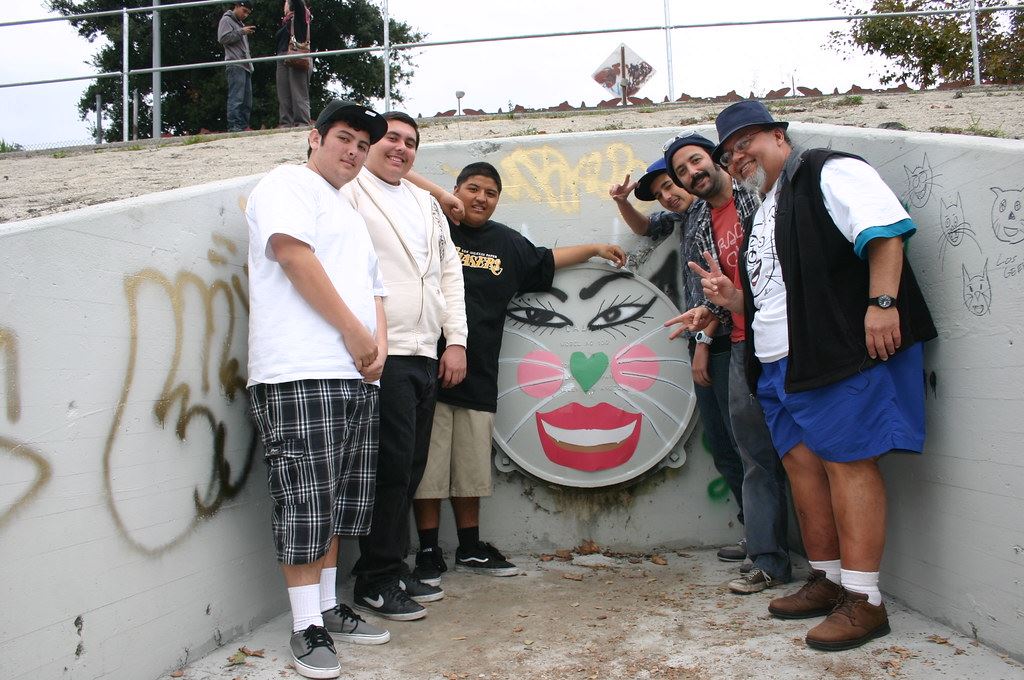 Leo Limón and friends"Leo Limon 7" by KCET Departures is licensed under CC BY-NC-ND 2.0

Los Angeles Mayor Richard Riordan called him the "Alley River Cat Artist" for the cat faces he painted along the Los Angeles River.

For more than forty-five years Leo Limón has been painting cat faces on the storm-drain covers and supporting walls of the river and has been involved in efforts to revive the area as a historic region, cultural art center, and gathering place for locals and tourists.

A world-renowned Chicano artist and activist, his work has helped transform public space in LA, both aesthetically and ecologically, and to restore the L.A. River ecosystem as a place for wildlife and community.

Limón has also worked extensively as advocate for thousands of at-risk youth in L.A., where Limón was born, countering gang violence with aesthetic activism – using art for social transformation and justice through art projects – for example, legal graffiti, while teaching values of respect, nonviolence, and community.

In an extensive interview with Karen Mary Davalos in 2007, Limón notes that, born in 1952, he comes from humble beginnings:

“My parents were laborers. They were blue-collar workers. My mother was a shoe cutter, and my father was a day laborer in

construction work and things of that matter…”

Limón’s father is from Mexico mother from La Paz, Baja California. Surrounded by grandparents, aunts, uncles, cousins—familia, as he grew up, Limón became committed to teaching and enlightening others according to the wisdom of the grandmothers, the abuelitas.

“I reference a Living Native Cultural Legacy of Abya Yala and incorporate the modern world. I draw what I see, and change it with

imagination by acting as a prism that reflects beautiful rainbow colors." (https://leolimon.com/bio.html)

He didn't become an artist until high school, when a teacher recognized his talent. He painted from the world around him.

Combining visions and images of his upbringing and surroundings in L.A. with Aztec symbols (for example, the notion of corazón, or heart), Limón is known as a cultural ambassador for Chicanos and for his hometown, East L.A. He's been doing this for a long time: In his early years he worked with the art group, Los Four, as well as with Carlos Almaraz. Working with Self-help Graphics he revived the annual celebration of Día De Los Muertos. He helped to create the Aztlan Cultural Arts Foundation for youth and worked with the MeChicano Art Center and Centro de Arte Público.

Limón lives his values of using art for social transformation and justice in creating living art projects in Los Angeles communities, while building peace between conflicting cultures and teaching self-advocacy in the community. He created Art Peace Park, he says, where “one can create aerosol and other forms of public art” without getting arrested, and to teach positive values of respect and community. "Respect, Protect, Don't Neglect" -- women, children, elders, and mother Earth, he says. Limón has become a role model for thousands of youth. 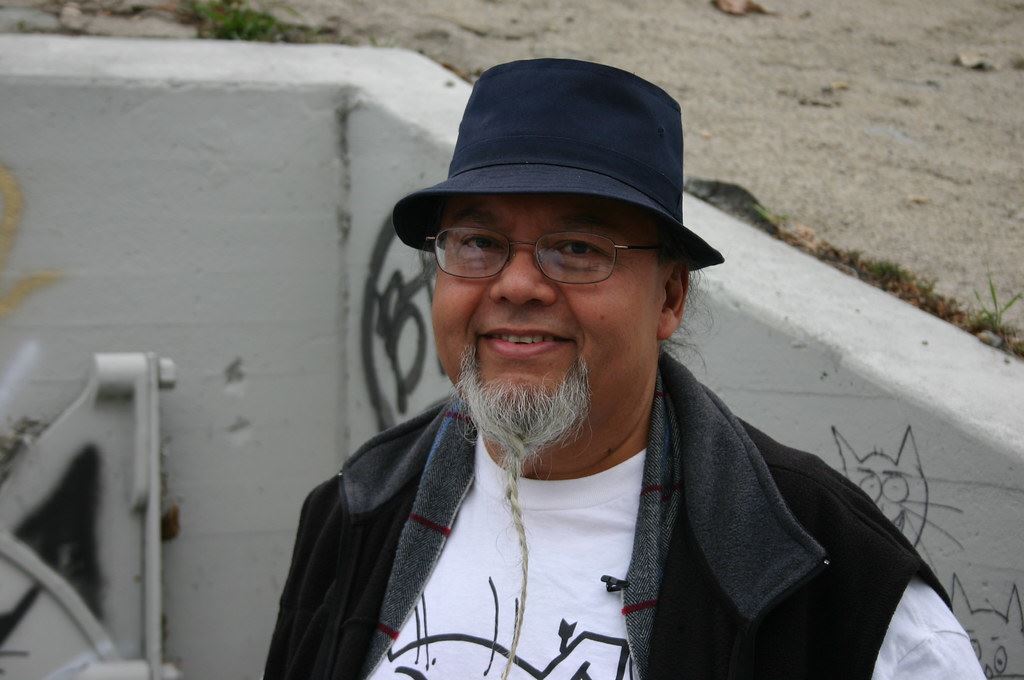 Limón has become a leader in the Chicana/o art world

Art historian Sybil Venegas suggests, “His paintings, prints and drawings, such as Los Muertos (1998), Tlaloc’s Beauty(1995), and Downstream Uprising (2005), illustrate a “mexicacentric LA, LA/Aztlan, the pre-invasion of Cemanahuac,” or pre-conquest Mexico. She explains, “It is LA reconfigured, grounded in a central Mexican cosmology" (quoted in Davalos, 2017, 110).

Like Bojórquez, Botello, Delgado, Gonzalez, and Vallejo, Limón was impressed by European art in public spaces and its integration into social life, and this contributed to his celebration of the the relationship between art and life and socially relevant aesthetics, helping, with others, to transform the Los Angelos landscape (Davalos 2017, 108-110).

Limón is active and well-known in the professional art scene: His fine art silkscreen prints have been exhibited throughout the world. His murals have also received high praise and accolades, along with his use of art in public space. His legacy as a major artist of the Chicano art movement is reflected in his presence in print and video, including Chicano Visions: American Painters on the Verge, Contemporary Chicana and Chicano Art: Artists, Works, Culture, and Education, a video documentary Leo Limón: Portrait of an Artist, and his oral history, The Art of Leo Limón: Giving Voice to the Chicano Experience.