September 15 to October 15 | A national holiday celebrating the contribution of Hispanic and Latino artists, scientists, activists and human rights leaders to the United States.

Hispanic and Latino community activists, educators and filmmakers are featured in this selection of short films highlighting the heroism of individuals in the United States.

Cries of the Children

Produced by:Angel Miracle Espericueta
Cries of the Children is a short film about how Latinos are affected by social media postings illustrating child separation.

Erica Fernandez: The Tool of Protest

In Episode 3 of Velo Visionaries, we talk/ride with Alicia Tapia, creator of Bibliobicicleta, a free library on wheels that can be found weekly in The Panhandle in San Francisco.

A Mexican-American U.S. Army soldier comes back home and has a dilemma.

An educator, journalist, activist and sometimes nurse, Idár is one of the most historically significant Texans that you've never heard of. And that's no surprise.

Founded by Zoe Saldana, BESE's mission is to broaden and reshape the cultural narrative by shining light on the untold stories that reflect today’s America. We respect all identities and admire the people who have the courage to say, “this is who I am.”

The Community They Fight For

By: Deborah Neff, MY HERO staff writer
Judith F. Baca is the Chicana muralist who painted the Great Wall of Los Angeles.

By: Deborah Neff
L.A. activist and artist Leo Limon, a leading figure in Chicana/o art scene, gives back to his community.

By: Deborah Neff
Afro-Latina poet Elizabeth Acevedo writes about her own people for young adult readers and adults alike.

By: Shannon Luders-Manuel
Sonia Smith-Kang is the founder of Mixed Up Clothing, a boutique children's clothing line. During the coronavirus, she is using her fabric to make masks for customers and medical workers.

Huerta began to see the need for agricultural workers to organize for labor rights as a teacher. Many of her students were children of migrant workers.

By: Annie from San Diego
Cesar Chavez was a tireless advocate for migrant farm workers.

Dr. France Cordova is a renowned astrophysicist who has broken gender and cultural barriers. She is currently the director of the US National Science Foundation. [This story is also available in Spanish.]

Dolores Huerta is an American labor leader and civil rights activist  of Hispanic descent who, with Cesar Chavez, is co-founder of the National Farmworkers Association

By: Jose Acosta
" I was born in Cuba where I lived until the age of three, then, with my family, immigrated to the United States. Therefore, my paintings depict my history."

On Prom Night I Danced With My Grandmother by Theresa Rosado

"Most images I create are from memory of people I know around me. Memory forces me to move away from realism towards something truly of the artist's origin."

The Hispanics featured in this collection come from different backgrounds and from many different countries. Celebrate their accomplishments and their contributions to a collective history and a community that continues to evolve and thrive today! (Artwork displayed with permission from the artist.)

Chavez was a civil rights activist and fought for farm workers.

An illustrator and artist who brings diverse characters to children's books.

A Mexican-American pioneer of the 19th Century.

Juan Leovigildo Brouwer Mezquida was born March 1, 1939 in Havana is a Cuban composer, conductor, and guitarist.

US poet laureate Ada Limón: ‘Things can grow here, and I can grow here.’
Credit: Shawn Miller/Library of Congress

Latin American women are shortening the road from farm to table
Credit: CSM

Sophie Kim
An inspiring poem about the border fence that meets the sea, where names become prayers and where “the worst place to be is here and not there.”

Kristy Guevara-Flanagan, Maite Zubiaurre
"Along the scorching southern desert border in Arizona, it is estimated that only one out of every five missing migrants are ever found...

Morgen Arguelles
A strong statement about child separation at the U.S. / Mexico border and its impact on knowledgeable youth that are watching its government's policies in action. 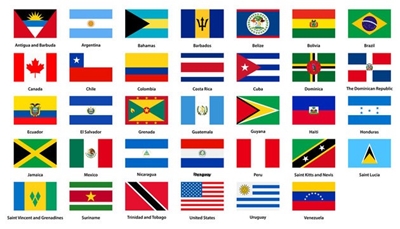 MY HERO has content in English and Spanish that can be used in schools and after school programs.
Check out the stories we have online in Spanish. 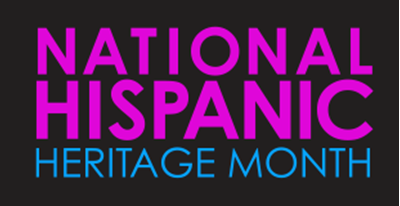 Official Website of the US Government The Library of Congress, National Archives and Records Administration, National Endowment for the Humanities, National Gallery of Art, National Park Service, Smithsonian Institution and United States Holocaust Memorial Museum join in paying tribute to the generations of Hispanic Americans who have positively influenced and enriched our nation and society.

Reading list of winners of the Américas Award, which recognizes books "...for young adults that authentically and engagingly portray Latin America, the Caribbean, or Latinos in the United States. By linking the Americas, the intent is to reach beyond geographic borders, as well as multicultural-international boundaries, focusing instead upon cultural heritages within the hemisphere."

"The Mexican painter, who died Thursday, was as beloved for his advocacy as for his expressionistic art."

A look at what Hispanic Heritage Month should look like today:

"While the time period, Sept. 15 to Oct. 15, is significant because seven Latin American countries celebrate their independence in that span, this association presents a complication: When dozens of countries’ traditions are meant to be represented, are any of them actually getting their due?"