LGBT History Month is a celebration of lesbian, gay, bisexual and transgender history, and the LGBT civil rights movements. Rodney Wilson, a high school teacher from Missouri, created LGBT History Month in 1994. He chose October because it included National Coming Out Day (October 11) and the anniversary of the first march on Washington by LGBT people on October 14, 1979.

History of the LGBTQ movement and early activists.

This film, The Top 10 Important LGBTQ Movements in US History, looks at the most important LGBTQ milestones in US History. These moments include the Stonewall Riots, the first Pride parade, the publishing of The Transsexual Phenomenon,  the passing of the Matthew Shepard Act, and more. Although the introduction of bills and laws is definitely monumental, the filmmakers have chosen to exclude events like the introduction of the Equality Act and instead focus on the legislation once they have been passed.

Produced by:Jaimie Roussos
In honor of Pride month, this film looks at at the most important LGBTQ milestones in US History.

Discuss how the way society deals with LGBTQ+ issues has changed.

The following films have been curated for middle and high school students.

MY HERO recommends watching I Have Four Parents.

Daniel has four parents: two moms and two dads. They're not divorced and he is not adopted. His dads are gay and his moms are lesbian. The two couples had been friends for many years and then decided to have and co-parent a child.

After viewing the film, discuss the different structures of student families in your class.

I Have Four Parents

Daniel Roy
This video is a magical rendition of the story of my very unique four-parent family. Everything I talk about in the video is true, and these are the answers to the questions I most commonly get asked.

MY HERO recommends watching Janet Miller, a film about a teacher at Hoover Middle School who wanted to create a safe learning environment for all students regardless of their sexuality.

After watching the movie, students discuss the benefits of a Gay Straight Alliance and what they can do to ensure their school is accepting and supportive of all members of their community. Share your story with MY HERO.

Janet Miller leads her students to stand up for their LGBT peers.

The Lesbian & Gay Peace Officers Association sends a message to LGBTQ youth that it does get better.

Love Has No Labels

The Love Has No Labels campaign challenges us to open our eyes to our bias and prejudice and to work to stop it in ourselves, others and institutions.

1. Why was it important for the Austin Police Department to create the film It Gets Better? How can this film offer hope to members of your community?

2. Do you know any activists or organizations who are working to protect and advance LGBT equality? Share their story with MY HERO.

3. How can you support heroes working to protect and advance LGBT equality?

The following films have been curated for high school and college students.

MY HERO recommends watching this inspiring film, The Toothmans, about a family in West Virginia with a transgender daughter. (PLEASE NOTE that this film should be reviewed before showing students - may not be appropriate for all student audiences.)

Then watch Finding Your Voice where the LGBTQ community share their thoughts.

What is your reaction to the opinions expressed in these films? Do you know anyone who is transgender, or a family with a transgender member? Share their story with MY HERO.

Deb and Jim Toothman and their transgender daughter Cooper Toothman talk about their struggles with acceptance both within their family and in the community.

A look at queer culture in San Francisco. BAYCAT VIDEO

The following stories and artwork are appropriate for middle and high school students.

Students read these stories celebrating heroes who were LGBT trailblazers in their respective fields, and consider the discussion questions.

By: Maddy from San Diego

By: Tammy Chen from San Diego

Milk was the first openly gay politician and worked to gain equal rights for the LGBT community.

By: Brian
Sasha Fleischman is an agender youth in Oakland, California, who was attacked by a stranger on the bus, which sparked a movement of support for Fleischman and others in the local LGBTQ+ community.

Harvey Milk was one of the first gay public officials in San Francisco. His dream was for a better tomorrow filled with equality and a world without hate.

Harry Hay has been referred to as the father of gay liberation and believed that members of the LGBT community should be proud of who they are.

Marsha P. Johnson was an American transgender gay liberation activist and an outspoken advocate for gay rights. Johnson was one of the prominent figures in the Stonewall uprising of 1969.

Students analyze these portraits and consider the discussion questions.

Harvey Milk was an American politician and the first openly gay elected official in California who advocated for gay rights.

I wanted to created a portrait of Marsha to show my appreciation for her. Being a transgender individual myself, Marsha is a person who I greatly look up to as a role model.

1. How were each of the individuals in the stories and portraits trailblazers and early LGBT activists?

2. Do you know anyone in your community who is an LGBT activist? Share their story with MY HERO.

3. Do you know someone who was the first of their race, gender, sexual orientation or family to accomplish something? What obstacles did they face and how did they persevere to achieve their goal? Share their story with MY HERO.

4. Consider creating a portrait of an LGBT activist to submit to MY HERO.

What message do they each convey?

How did the artist use images, text and color?

Students will learn about the origins of the LGBT movement and evaluate prejudices that existed and still exist today towards LGBT individuals. Students will determine ways to continue to make their school and community accepting and supportive of all individuals, regardless of their sexual orientation. Students are encouraged to identify individuals in their community who are making a positive impact in the LGBT movement. 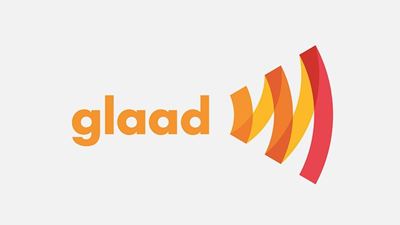 GLAAD was formed in 1985 in response to the New York Post's grossly defamatory and sensationalized HIV and AIDS coverage by a small group of journalists and writers. Today GLAAD's mission is to rewrite the script for LGBTQ acceptance. As a dynamic media force, GLAAD tackles tough issues to shape the narrative and provoke dialogue that leads to cultural change.