The pandemic has made clear we will change our lifestyles in an emergency. For many in Europe, that realization offers hope for climate change.

JUNE 24, 2020 - Could there be a silver lining for climate change in the COVID-19 pandemic? Could the crisis have shaken people out of their complacency, and shown how radically we are ready to change our lifestyles when we know there is an emergency? 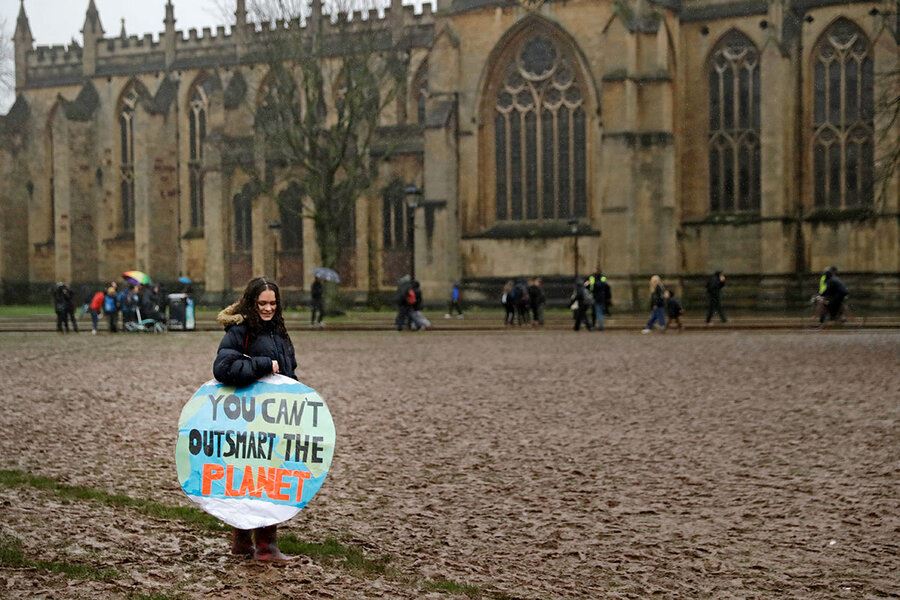 A young activist holds a sign that reads “you can’t outsmart the planet’ as she participates in a school strike climate protest in Bristol, England, Feb. 28, 2020.Matt Dunham/AP

That is the hope expressed this week in a report by Climate Assembly UK, a citizens’ panel set up by Parliament in January to ponder and propose how the United Kingdom can reach its official goal of net-zero carbon emissions by 2050.

“There was a real recognition of the hard circumstances” caused by the pandemic, Jim Watson, an academic who advised the panel on energy policy, told a press briefing at the report’s release. “But they also noted the possibilities for change.”

In a letter to Prime Minister Boris Johnson, the leaders of six parliamentary committees that set up the assembly noted the public’s willingness to heed government advice and act collectively to fight a deadly virus. “We believe that a similar approach, based on securing public support for ambitious policies through open dialogue around the science, is a sound basis for the net zero journey,” they wrote.

The assembly report adds to a growing chorus of voices in Britain urging the government to pave a green path to economic recovery, while also encouraging people to keep some of the habits they developed during lockdowns.

“With planning and a bit of structure we can tackle both climate and COVID. We shouldn’t go back to where we were before,” said one assembly member quoted in the report issued Monday. 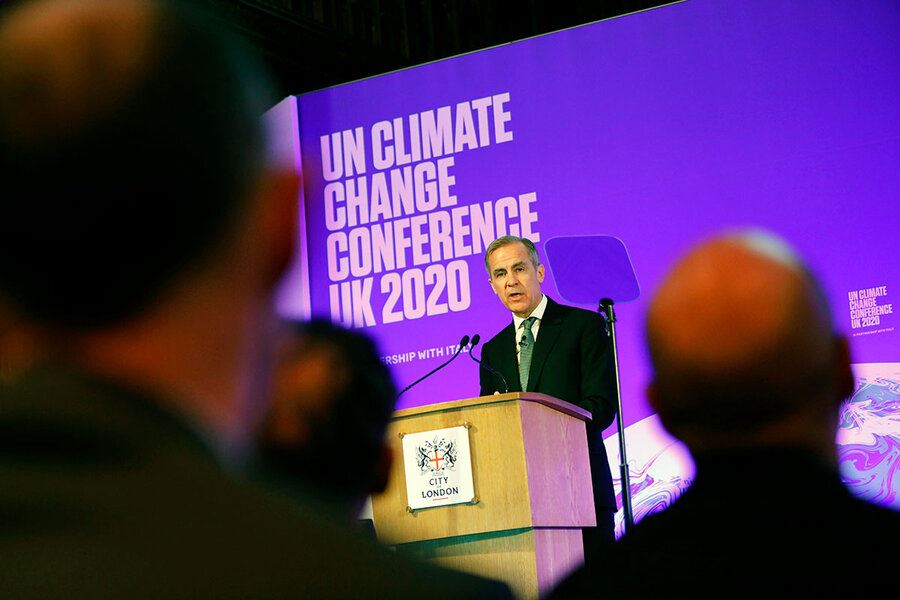 That vexed question of how to align pandemic-era economics and climate goals resonates beyond the U.K. In recent months, global emissions of greenhouse gases have fallen so sharply that scientists predict a decline this year of around 8%, the biggest since World War II.

But shutting down the world economy – which may be necessary to cope with a health crisis – is not a sustainable path to a low-carbon world, says Gernot Wagner, a professor of environmental studies at New York University. “You don’t get to zero by locking yourself in and not going out,” he says.

And as economies get back into gear, carbon emissions are likely to resume their upward trajectory, even as pernicious warming effects ripple from Australia to the Arctic.

The U.K. assembly’s final report is due in September; Monday’s interim report focused on COVID-19’s effects on their deliberations. Nearly all the members, who were chosen to reflect a demographic balance, as well as a wide range of public views on climate change, agreed that employers should “take steps to encourage lifestyles to change to be more compatible with reaching net zero,” while 79% agreed that the U.K.’s economic stimulus package should be designed to meet the same goal.

The U.K. report came one day after France’s national climate convention issued its recommendations for how France can build a low-carbon economy. The representative panel of 150 citizens presented a wide range of proposals aimed at cutting emissions by 40% by 2030, compared with a 1990 baseline.

They ranged from the largely theoretical – calling for a referendum on whether to enshrine the fight against climate change in the French constitution – to the day-to-day practical. Proposals included, among many other things, lower speed limits on freeways, requiring shops to turn off their lights at night, and that by 2023 all manufactured goods sold in France should be repairable.

As in the U.K., some of their suggestions – a ban on domestic flights on routes served by low-carbon road and rail links, and allowing white-collar workers and civil servants to work from home one day a week – have been given greater weight by the pandemic.

French Ecology Minister Élisabeth Borne welcomed the convention’s “ambition,” promising that its work would be “at the heart” of President Emmanuel Macron’s post-pandemic reconstruction plan.

“Our timing is good, after the COVID crisis,” Convention member Sylvain Burquier told the daily Le Monde. “From now on we have the strength and the arguments to explain to the French that we should no longer separate the economy from ecology.”

Both panels are part of a growing experiment around the world with models of direct democracy that offer a way to sound out voters. By engaging representative citizens in structured debate, conveners seek to guide them toward common ground on complex topics that are often deadlocked in conventional politics.

We’ll change if we have to

Part of that work, says Lorraine Whitmarsh, a climate researcher who was an expert lead at the Climate Assembly UK, is making policy ideas concrete so that participants see what difference they would really make to their own lives.

“The majority of things that we need to get to net zero (emissions) have behavior or lifestyle implications,” says Professor Whitmarsh, who directs the center for climate change and social transformations at Cardiff University.

In most polling on climate policy, she adds, “anything that involves changing behavior tends to be less popular than a technological fix.”

The COVID-19 lockdown, though, showed that in a national emergency people are capable of making abrupt lifestyle changes such as working more from home and fewer vacations that may actually match their aspirations for cleaner air and fewer cars, and assembly members embraced those changes.

“They really did buy into the need to reach net zero, even in the face of COVID,” Professor Whitmarsh says.

So did the CEO’s of 200 top U.K. companies, who earlier this month wrote an open letter calling on Mr. Johnson to ensure that his post-lockdown recovery package, currently in the works, take advantage of the changes that the coronavirus has wrought.

“The current crisis, in moving us all away from business as usual, has already created shifts in how we operate, and we believe we must use the recovery to accelerate the transition to net zero,” the letter said.

The pandemic has also given the public a greater respect for and understanding of the scientific modeling of threats and of how our actions can shape outcomes, says Ajay Gambhir, an economist and climate researcher at Imperial College London. “There’s more of an appetite for facts and figures, and the need for scientific models to see what the possible futures are,” he says.

“I think that gives the climate change scientific community an opportunity” to build on that acceptance, he says.

Climate scientists say the lifestyle changes forced by lockdowns around the world – no travel, eating in, working remotely, canceled events, idled factories – led to cuts in global emissions that were roughly in line with what is needed every year over the next decade to keep average temperatures from rising to dangerous levels.

But unless we lock down again, most of those emissions will eventually snap back, says Mr. Wagner of NYU, without a sustained effort to de-carbonize economic activity and phase out fossil fuels.

What this shows is the limits of individual behavioral change,” he says. Going carbon neutral “takes massive policy changes. It takes collective changes.”