Melba Pattillo Beals: a Warrior and a Hero

New York City Mayor Robert Wagner greeting the "Little Rock Nine"New York World-Telegram and the Sun staff photographer: Albertin, Walter, photographer. [Public domain]Protests and racial slurs erupted from an angry mob waiting in front of Little Rock’s Central High School. White men wielded ropes, threatening to lynch any black person attempting to make their way to the entrance of the school. Amongst the crowd, members of the Ku Klux Klan planned the violent deaths of nine black teenagers who dared to challenge school segregation when it was ruled unconstitutional by the Supreme Court. Of those nine teenagers stood 15-year-old Melba Pattillo Beals. Chosen as one of the nine black students to integrate Central High School, Beals was met with opposition, hatred, and violence. Born on December 7, 1941, Beals was born to Lois and Howell Pattillo. She was raised in Little Rock, Arkansas, and lived with her divorced mother; her younger brother, Conrad; and her maternal grandmother, India Peyton. Beals is known as one of the Little Rock Nine, a group of nine African-American students who integrated the previously all-white Central High School in 1957. After her attendance at Central High, she received death threats from the Ku Klux Klan because of their strong opposition to black Americans attending school with their children. Her family and the National Association for the Advancement of Colored People (NAACP) responded by arranging for Beals to live in California with a family who had membership in the NAACP. Beals was able to continue her education and pursue various careers in California, where she currently resides. In 1994, Beals published Warriors Don’t Cry, a memoir recounting her experiences at Central High. Heroes exemplify a variety of noble traits. Two of these attributes are influence and persistence. An influential person initiates change and makes a difference to better society. They inspire others to speak up and stand up for what is right. Someone who is persistent follows through with a course of action despite resistance or challenges. Melba Pattillo Beals’s influential role in the civil rights movement and her persistence through struggles and difficulties deems her worthy of the title, hero. 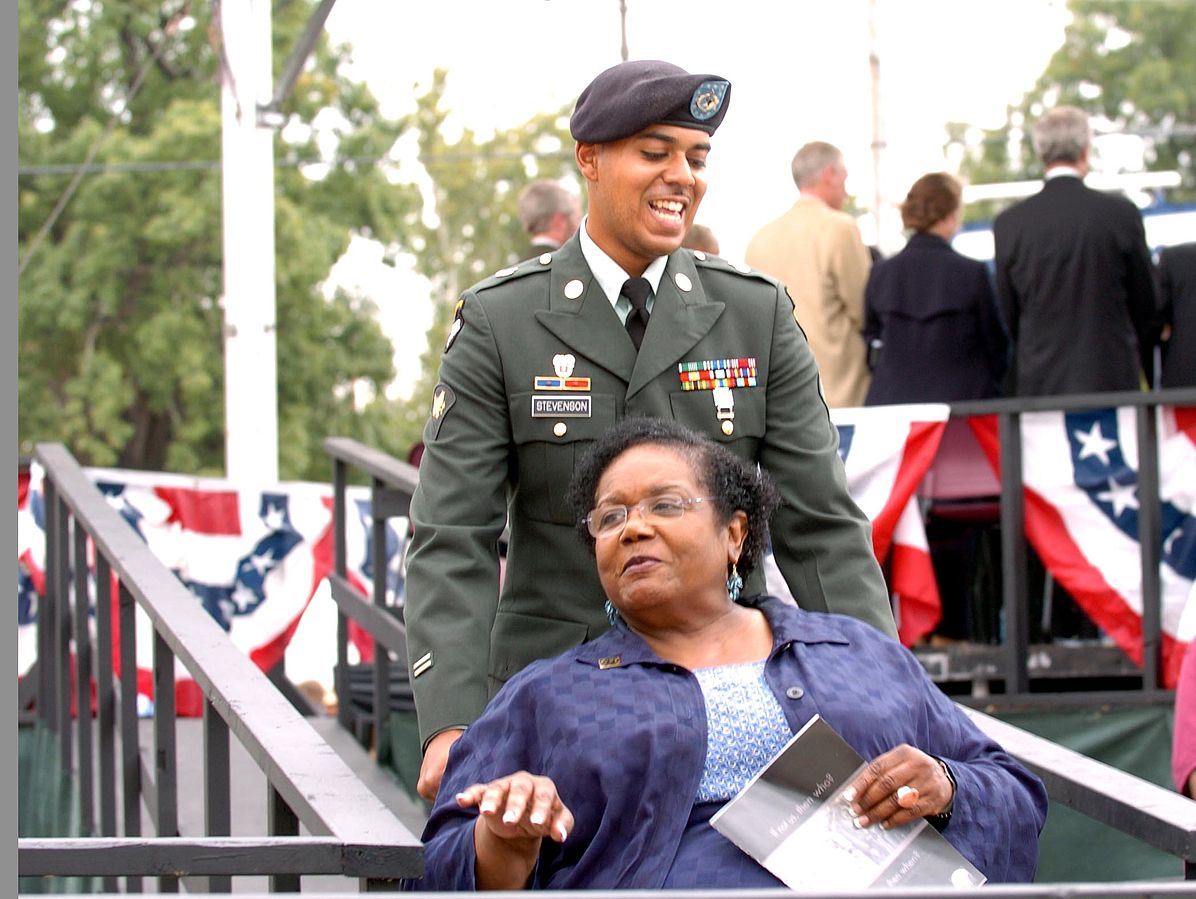 Melba Pattillo BealsThe U.S. Army [CC BY 2.0 (https://creativecommons.org/licenses/by/2.0)]Beals’s influence is revealed through how her attendance at Central High School played a role in the civil rights movement and shed light on educational integration. In her 1994 memoir, titled Warriors Don’t Cry, Beals wrote about attending Central High during the 1957 to 1958 school year: “It would turn out that our determination to remain in school, despite having to tread through a jungle of hatred and human torture from segregationists, would help to change the course of history and grant access to equality and opportunity for people of color” (Beals 16-17). The actions and resolve of the Little Rock Nine led to and initiated change for people of color. Although she had to endure physical and verbal violence, Beals persevered for the greater purpose of advocating and fighting for equality and civil rights. After a few weeks into their first semester at Central High, the members of the Little Rock Nine met Dr. Martin Luther King Jr. Beals revealed that upon meeting King, he expressed to her, “You're going to this school in order to facilitate a lifestyle for everybody around you. You're not doing this for yourself only” (Holness). Although Beals felt discouraged because of the integration, her experience set forth future integrations and made an impact on the civil rights movement. Beals explained she was whining and complaining about the situation, but when King told her to be unselfish, she understood this was not only to her benefit but to the benefit of others. Reflecting on the development of civil rights in the United States and the events that occurred in her life, Beals conveyed, “In my experience, fighting for my own equality, I've concluded that the civil rights movement served us all because it created a more level field for interaction, one where everyone has a greater opportunity to pursue, acquire, and sustain personal equality” (Pattillo-Beals). Beals’s role in the integration of Central High School contributed to the ongoing efforts for civil rights. Her personal struggle led to opportunities for African-Americans to receive better education and pursue various careers. More importantly, her fight for equality allows others, regardless of race, to achieve their own individual equality. Beals demonstrates influence through her part in educational desegregation and how she advocated, initiated change, and created more opportunities for black Americans.

Understanding there would be opposition to the integration, Beals persisted through physical and verbal harassment fueled by anger, prejudice, and hostility. To endure the struggles she faced, Beals motivated herself with a simple reminder: “But it taught me an important lesson: I had to keep going and remember that there was going to be something good about each new day” (Holness). Despite the difficulties and hardships Beals experienced throughout her life, she continued to move forward, “remember[ing] that there was going to be something good about each new day.” With God as a motivation, Beals looked for something positive every day. Though it was difficult to find positivity when she was oppressed and surrounded by negativity, Melba’s persistence overcame the bleak time she lived in and emphasized the need for change. In her memoir, Beals documented a conversation between her and her grandmother after a segregationist dumped spoiled eggs on Melba. Beals’s grandmother advised her to “change the rules of the game, girl, and they might not like it so much.” Beals responded to her grandmother saying they would “think I was crazy,” to which her grandmother replied, “They’d think you were no longer their victim” (Beals 379). Beals’s refusal to let others know the effects of the physical and verbal abuse gave her strength and indicated to her attackers that she was not a victim. Melba took her pain and hurt and used it to fight back in her own way, rather than letting the segregationists use her suffering against her. She held her head high, did not reveal her fear, and persisted through the school year. Describing both the physical and the verbal assaults, Beals explained what it felt like to be the target of constant “name-calling, which, after a while, [...] becomes in some ways as painful or more than the physicality of the incident because you begin to question in your mind as a child, who am I? Who am I really?” (Davies). Beals experienced verbal abuse that made her begin to question who she was other than a person of color. She began to have similar feelings to the majority of the adults living around her: oppressed, fearful, powerless. Beals’s understanding of her purpose at Central High moved her to persist and persevere past the verbal assaults. Throughout her life, Beals persevered with little to no regard for the racism she received. 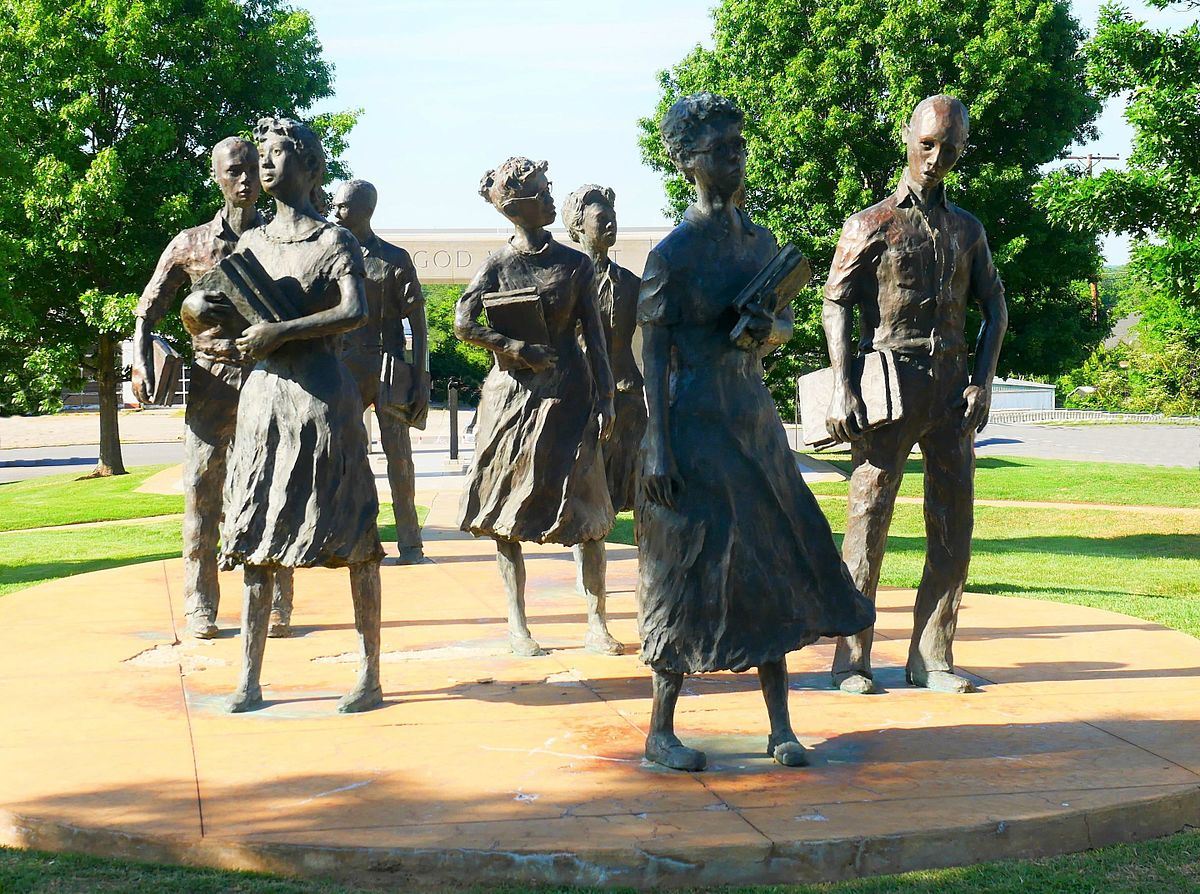 Statues of the "Little Rock Nine" on the grounds of the Arkansas State CapitolSgerbic [CC BY-SA 4.0 (https://creativecommons.org/licenses/by-sa/4.0)]Deserving of the epithet “hero,” Melba Pattillo Beals exhibits influence and persistence because of her impact on the civil rights movement and her determination and ability to overcome difficulties. Beals emphasized a need for change, opportunity, and equal rights. Because the segregationists did not want the integration to succeed, their opposition led to violence and assault, but Beals persevered through this despite its extremity. Growing up in Little Rock, Arkansas in the 1950s, Beals was surrounded by oppression and fear. In spite of the environment she was raised in, Beals went on to fight for the equality of all humans, regardless of race. “Until I am welcomed everywhere as an equal simply because I am human, I remain a warrior on a battlefield that I must not leave” (Beals 20). She is a warrior on a battlefield we have all fought on because everyone has personal perceptions and prejudices. I am inspired by Beals’s fight and I hope to be a kinder person and be able to speak up when advocating for change. Rather than letting the racism and discrimination she received affect how she perceives others, Beals accepts everyone for who they are. “Certainly race relations are not perfect, and, to make things even more complex, the racial divide no longer encompasses only black and white because we are a tapestry of different races and religions. But because more of us now can see exactly what we want, more of us can now define what our individual equality might look like” (Pattillo-Beals). Beals experienced racial inequality specifically between white people and black Americans. Her acceptance of varying races and religions demonstrates her support for equality and inclusion, and her appreciation of diversity. Beals’s fight for equality inspires me not to judge or perceive anyone based on stereotypes or personal differences. Everyone is fighting for equality in their own way, and it is important to honor everyone’s individual fight without judgment or bias. A warrior is defined as a brave or experienced soldier or fighter. Melba Pattillo Beals was once called a warrior. Her fight personifies that “If one person is denied equality, we are all denied equality” (Beals 20). Because of her battle, Melba Pattillo Beals is the epitome of a deserving hero.