by Yekta Sazegar from San Diego, California in United States 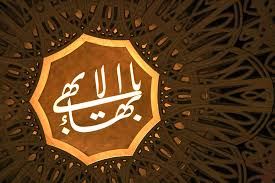 The Bahá'í Faith Symbol Sean M. Scully [Public domain]It was a sunny day; she was walking back home from an exhausting day at school. She was welcomed with her parent's smiling faces, waiting for her to return home so that they could eat lunch together. After lunch, she began studying for an English test when she suddenly heard a loud thud on the door. Paralysis took over her body as she listened to her mom stand up and walk over to open it. The door flew open, and guards ran into her house, taking her and her dad with them. Mona Mahmudnizhad, a seventeen-year-old high school girl, was a loving, kind, and caring person. Unfortunately, she went to prison with her dad because she was a Bahá'í, a forbidden religion of which Iran's government did, and still, does not approve of. Mona and her dad taught children about the Bahá'í religion, who could not go to school or got expelled because the Islamic religion did not allow education to certain people. On the 23rd of October 1982, Mona and her dad got arrested, while her mom was left drowning in tears. In prison, they told her that she could go home if she says she is not a Bahá'í. However, Mona wanted to prove that no one can change her faith. Mona understood that the consequences included death, but she would not change her faith. On June 18, 1983, Mona kissed the rope, with pride, and put it around her neck, with nine other women in Shiraz. Through her perseverance and commitment, Mona Mahmudnizhad, inspired millions, to stand up for their freedom and to fight for their rights.

Knowing she had to let go of everything she had, Mona was still brave and knew what she wanted. A few days before she got caught, she had to write an essay for a school project, "...entitled 'Islam is a tree and its fruit is liberty', [ after she wrote the essay]; she was asked to change her beliefs. In this essay Mona wrote of persecution and oppression against people who shared her religious beliefs, stating: 'Why in my country are those who are members of my religion abducted from their homes at night and taken to mosques in their nightgowns, and subjected to whipping? As we have recently witnessed in our own city, Shiraz, their homes are looted and set on fire. Hundreds of people leave their homes in fear. Why? Because of the gift of liberty that Islam has brought? Why am I not free to express my ideas in this society? Why do I not have freedom of speech so that I can write in the newspapers, and express my ideas on the radio and television?'" ("On the Anniversary"). Mona and her classmates were expected to write an essay about how superior the government of Iran is, however, Mona dared to write about her genuine opinion and what went through her mind. She knew during that time in Iran talking about what she believed in could get her in big trouble with the government. When she finally got the audacity to write an essay about her true feelings, the school did not accept it due to the bad reputation being represented towards the Ayatu'llah Khomeini, the new leader of Iran, and his believers. On the 23rd of October 1982, when the guards wanted to take Mona and her dad with them, Mona's mom was anguished and was begging the guards not to take Mona. Before Mona and her dad got out of the house with the guards, Mona told her mother, "'Why do you beg these people? What offense have I committed? Have I been a bad girl? Do we have smuggled goods in the house? They arrest me just because I believe in Bahá'u'lláh [the prophet of the Bahá'í Faith]. Mother, this is not going to prison, it is going to Heaven. This is not falling into a pit, it is rising to the moon"' (Researched by Bahá'í Chronicles). Mona bravely said those words in front of the guards. Mona had no doubt she was right in her actions. Mona understood the physical consequences that she could have received as a teenage girl voicing her opinions in front of the guards. She dauntlessly stood up for herself and many other people in her country, even if that meant she was going to have to give up everything she had. 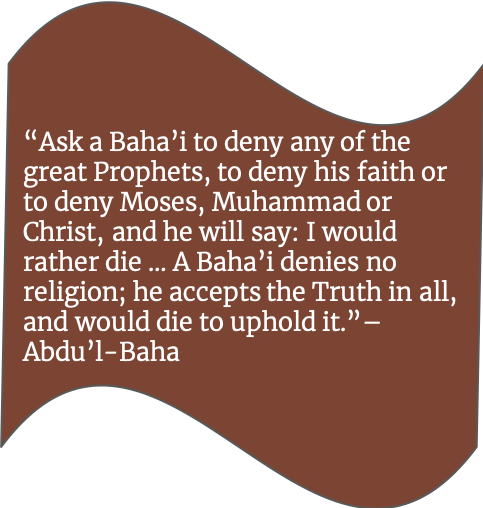 Prophet of The Bahá'í Faithhttps://bahaiteachings.org/mona-poem-set-world-on-fireMona risked her life for her faith. Nothing could stop Mona: “She was subjected to interrogation and pressure to recant her religion; her refusal to succumb to pressure to reject it led to her death sentence” ("On the Anniversary"). Some people go against their faith to live longer, to get money, and to buy a house. Others try to have an influence in the world with their faith like Mona by giving up on everything they have. She is intrinsically motivated to pursue her faith, which is more admirable than just pleasing society. As a result of faithfulness, ten women got hanged: "Mona was the youngest member of the group; at the end of that period she was given another chance to recant her Faith, which she rejected, and so she was ultimately hung" ("On the Anniversary"). When people found out, a seventeen-year-old had to go under a death cord, melancholy stained their hearts. Mona died young without tasting the sweetness of life. She had a tremendous amount of dreams, like every other teenager. Mona shared her story by being faithful to her religion and her faith, which inspired many people around the world. Mona sacrificed her safety and livelihood in the name of her beliefs too.

Mona was a teenager, who did not have many experiences, but she encouraged people to fight for their rights. Mona is an inspiration for many people to stand up for their freedom. Mona's action showed people that they could compete with their limits, even if it means they have to give their life. One of Mona's friends talked about how Mona inspired her: "'I knew Mona had so much passion and she was very happy of being a children class teacher, and when I heard the reason she was executed was because she was teaching a children class. I decided to fulfill her dream, and since then I'm teaching the children classes, and it brings so much joy to my heart because I know she's pleased about it'" (Kaufman). Mona had so much passion for what she did, and it inspired many people to continue what she was doing to change the world, too. She never gave up on what she wanted. Mona knew one day what she did, would help other people to overcome their limits and to stand up for themselves. No one should be pressured to change who they are, or get bullied because of their faith, gender, or skin color. I know this because my family was oppressed their religion. By never giving up on their hopes and dreams, and standing up for one's beliefs every teenager can be inspirational and a hero, just like Mona.

“On the Anniversary of the Execution of Mona Mahmudnizhad, a 17-Year Old Baha’i Teacher.”

Toth, Jaine. “Mona: This Poem Could Set the World on Fire.” BahaiTeachings.org, 13 June

Mona Foundation - Mona Mahmudnizhad wanted to educate children that could not go to school. Therefore, the Mona Foundation believes that every child deserves an education. Their focus is on Universal Education, Gender Equality, Community Building.