“The beauty of superheroes is that they’re aspirational while at the same time relieving of any pressure to actually become a superhero because, well, that’s impossible” (Doll 4). This quote was written by Jen Doll in the article “On the Importance of Having Superheroes.”

This article argues for the importance of superheroes to everyday, ordinary people. It is clear that superheroes have a way of relieving pressure from those facing tough situations. The people called heroes demonstrate many strong traits such as intelligence or perseverance, but the two traits I believe are the most important for a hero are courage and a hard work. Courage is not necessarily limited to acts such as sticking up for someone getting bullied. It could simply be speaking the truth within oneself. The courage that the greatest heroes encompass, however, creates a deep effect within the people around them. A hero’s courageous influence is rippled; as people see a such an honorable act, they tend to follow. A worthy hero is someone who has the courage to stand up for themselves and the people around them, but also the ability to outwork everyone around them, no matter the circumstances. 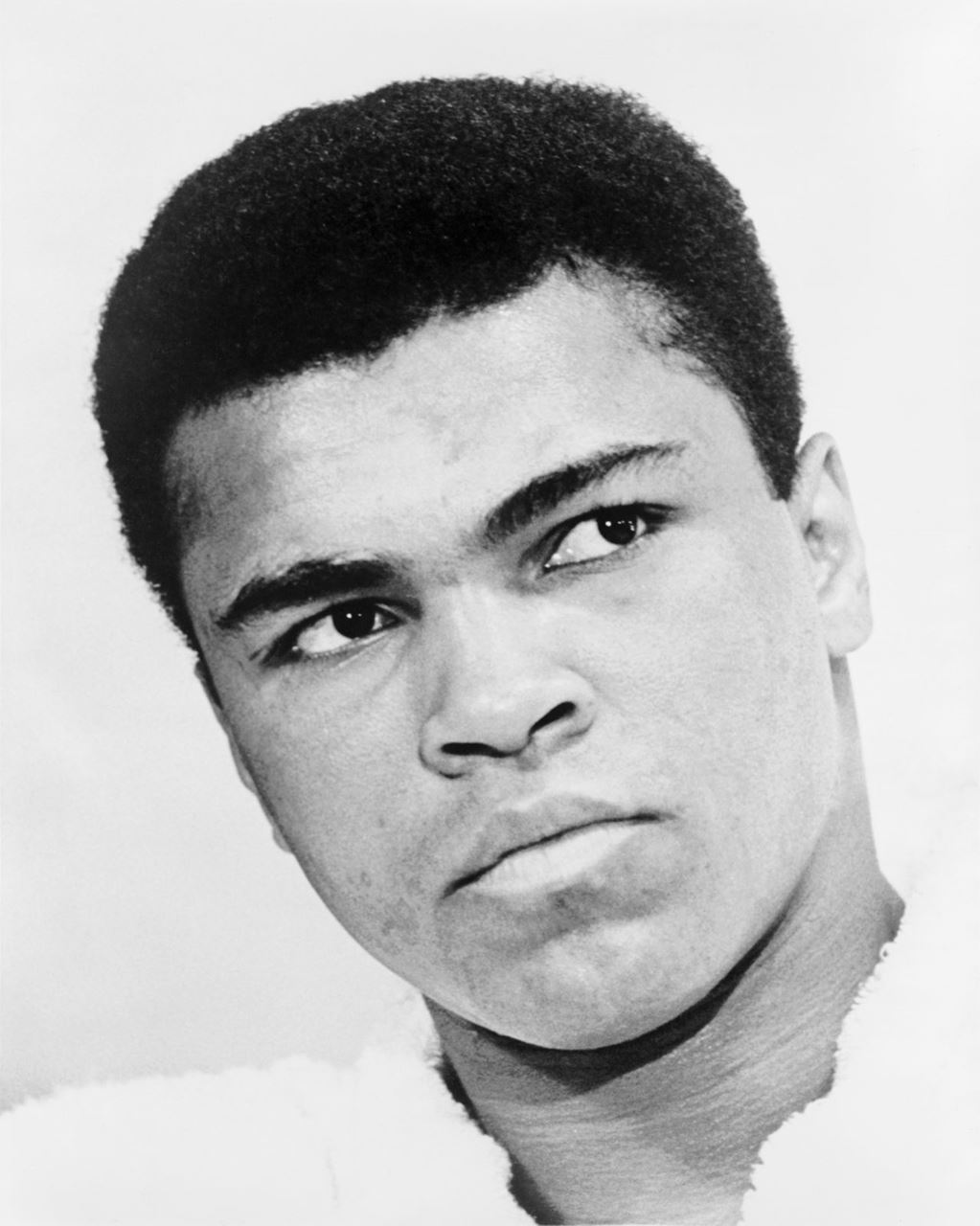 Muhammad Ali was a kid from Louisville who stood up for what he believed in and worked tirelessly for what he earned. Born on January 17, 1942, Ali grew up around racism in Louisville, Kentucky. His boxing career began in an unusual way: getting his bike stolen. Furious about this, he went to the police who made no effort to find it, but merely told him to prepare himself for future encounters. At this very moment, Ali’s boxing journey began. Although he was an extremely accomplished boxer, Ali was many other things as well, such as a politician and a social activist. He stood up for what he believed in and did not mind the judgement made because of his choices, being one of few African-American Muslims. At his time, this was very rare for someone at his social status. Ali’s job was not only to entertain people, but also to inspire many others outside the boxing ring. He ended up passing away on June 3, 2016 in Phoenix, Arizona. Muhammad Ali is a perfect example of a hero because he used his courage and hard-working mindset to provide people with newfound hope under difficult circumstances. 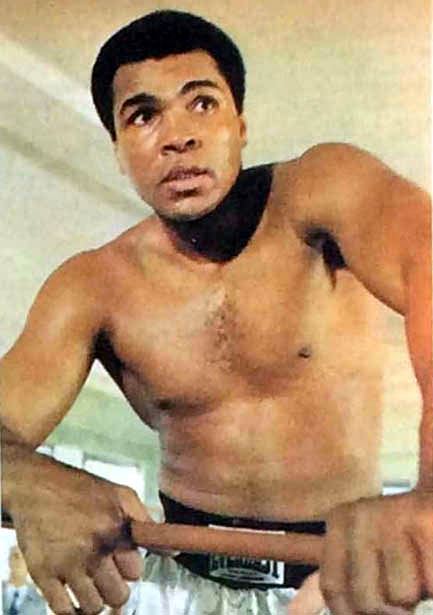 Muhammad Alihttps://upload.wikimedia.org/wikipedia/commons/4/42/Ali_the_greatest_1976.jpgAli’s hard-working and tireless lifestyle proves him a hero. He grew up in a time of racism and prejudice in Louisville, Kentucky. Ali channeled the discrimination he faced into a propeller that pushed his work ethic. After winning his first Olympic medal, Ali encountered racism when he went to eat at a restaurant: “...The waitress looked at me... ‘Sorry, we don't serve coloreds,' she said. I was furious. I went all the way to Italy to represent my country, won a gold medal, and now I come back to America and can't even get served at a five-and-dime store. I went to a bridge, tore the medal off my neck and threw it into the river. That gold medal didn't mean a thing to me if my black brothers and sisters were treated wrong in a country I was supposed to represent” (Baughman). Even after representing his country at an event as internationally esteemed as the Olympics, Ali was still refused service merely due to his skin color. This event showed Ali how deeply this stereotype was entrenched, and even more, how quickly significant action needed to be taken. This event changed Ali’s mindset greatly, and inspired him to work hard in providing hope for all people living in racism, like he did. Although his professional boxing career required a great amount of effort already, Ali displays an even greater amount of hard work by serving his community as well. This way of life continued even after Ali’s career ended. As Ali aged, he developed a disease that caused his boxing career to come to an end. Even though he had an illness that changed his life, he did not let it affect him. “In the 1980s Ali began a slow slide into Parkinson's syndrome. He was at first mocked as a punch-drunk clown until the diagnosis was announced officially in 1984. The disease began to take away from Ali many of the things he had treasured most: his fluid, bewitching pattern, as well as his expressiveness, agility, and athleticism. Yet his infirmities did not lead to retirement from public life” (Ali). Ali created the negative parts of his disease into positive things by keeping himself focused and busy. He did charitable things and helped many communities around the world. Instead of pitying himself and falling into depression, Ali put the negative parts of his disease away and worked hard to have a positive mindset. It is not easy to do what Ali did under those circumstances, but that's what makes him a hero. As he worked tirelessly to enlighten himself, he also inspired many other people to do the same; to keep working through adversity. Muhammad Ali’s tireless and hardworking lifestyle caused him to block out the negative experiences and things in his life. Many people found inspiration in him doing this, and did the same. 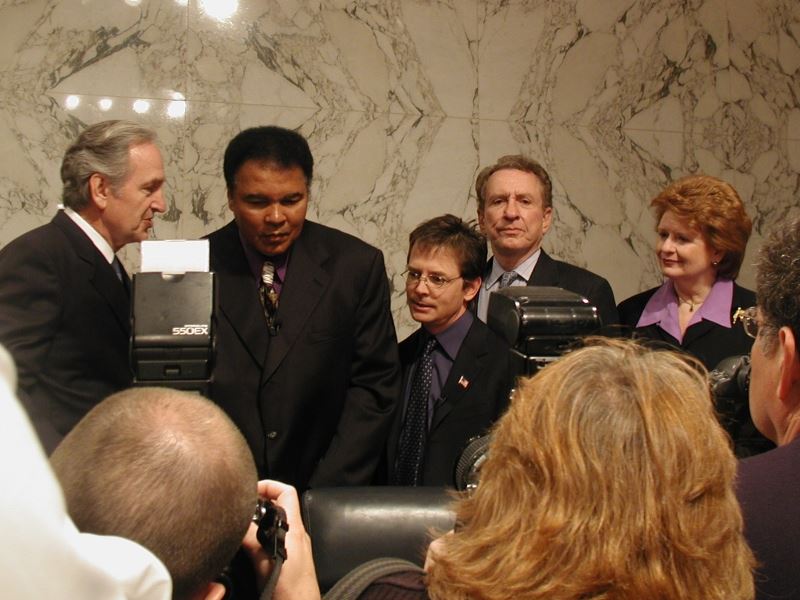 Muhammad Ali in Front of Presshttps://upload.wikimedia.org/wikipedia/commons/b/be/0522_ma_big.jpg

Ali not only had courage in the boxing ring, but he also had it in everyday life. Ali stood up for what he believed was right no matter the cost. During the Vietnam War, many people were drafted to go fight. Ali refused to go serve his country in the war. Ali explained his decision, as he said to Sports Illustrated contributor Edwin Shrake, "I'm giving up my title, my wealth, maybe my future. Many great men have been tested for their religious beliefs. If I pass this test, I'll come out stronger than ever” (Baughman). Ali believed if he passed a ‘test’ within himself, he would become stronger as a human being. He stood up for himself under high stakes, which not many people have ever done. Ali’s decision inspired and showed many other people that standing up for what they believe is a possibility, even if it’s not as big as the situation Ali was in. His courage shocked and inspired many people, making him a hero. Ali’s boxing career ending had no effect on him whatsoever. He continued to help his country, while fighting his illness, by addressing and fighting for deep-rooted problems; “As his career wound to a close, Ali became increasingly involved in social causes, diplomacy and politics. He campaigned for Jimmy Carter and other Democratic political candidates and took part in the promotion of a variety of political causes addressing poverty and children. He even played the role of diplomat, attempting to secure the release of four kidnapped Americans in Lebanon in 1985” (Ali). The situation he was in seemed terrifying, but the way Ali pushed all the negativity to the side took a great amount of courage. The way he dealt with his problems caused people like him in similar situations to the same. Ali put greater causes with greater affects over the problems within himself. He put more important worldwide causes before his own needs by using all his courage. Ali’s courage helped him take on obstacles head on helping him overcome them. The way he dealt with his problems helped and inspired many people around the world. 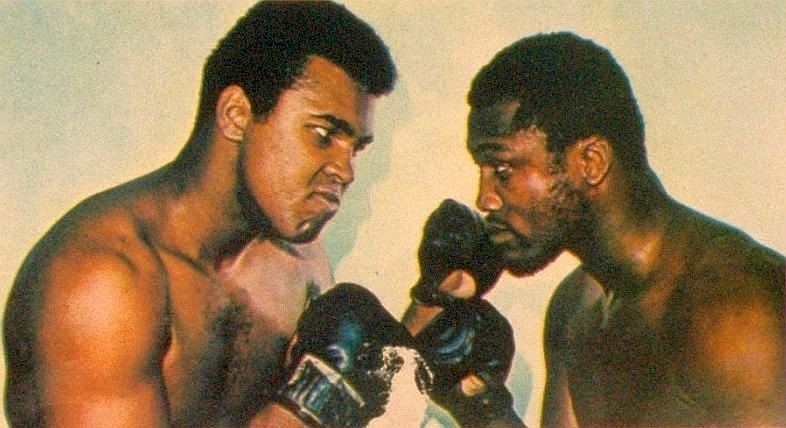 Muhammad Ali Boxing https://upload.wikimedia.org/wikipedia/commons/1/13/Gatti%2C_Reutemann%2C_Cap%2C_Clay_y_Frazier_-_El_Gráfico_2831_3.jpgAli is indeed a hero because of his hard work and his tremendous courage, all for his people. He proved to be more than just a boxer by inspiring many people with his actions. His refusing to fight in war after being drafted showed many other people that it is possible to stand up for what they believe in. Not only did Ali’s courage inspire people, but his tireless work ethic did as well. He outworked everyone around him to achieve his goal of becoming a professional boxer in order to inspire people around the world. Ali is one of the few people I look up to, not because of his part in sports or having lots of money, but because of his unbelievable courage. His refusal to go to war impacted me greatly in a different way because his action inspired me to stand up for my beliefs. His toughness came mentally, not physically, which is relatable. To gain this way of life, you need to work as hard as Ali did. He worked hard, even when he was tired and depressed. It shows me that the problems I experience can be overcome through hard work and determination for a greater goal. A person must possess the abilities to work hard and have courage to indeed be a hero.

Olympics - Muhammad Ali took part in the olympics and won the gold medal for his country.
Athletes For Hope - This is one of Ali's many charities he has. This charity is specifically for athletes.