by Jeff Trussell from Los Angeles, California in United States 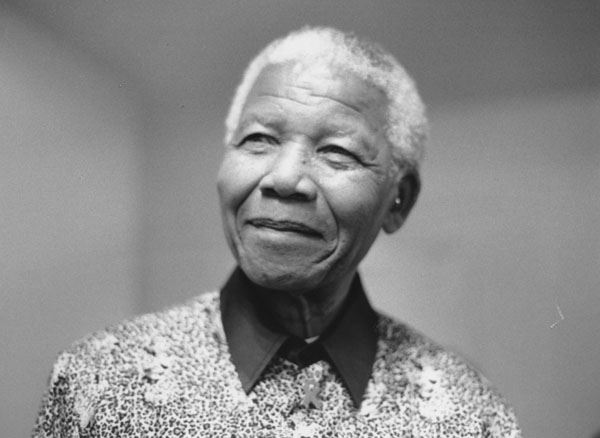 Imagine growing up in a country where drinking out of the wrong water fountain might get you thrown into jail; where a man might have the very same job as his neighbor, but because of the color of his skin, get paid less in a year than the other man made in a week; where the government told you that your ancestors and their ways of living were wrong and savage and not even human.

Sounds like some futuristic film, doesn't it? Well, for Nelson Mandela, this was no movie.

Growing up in South Africa under the Apartheid system of government meant these things, and worse, were part of daily life.

But Nelson Mandela was a fighter. Instead of bowing down to this unjust system of government, he became a lifelong warrior in the battle to free South Africa.

Starting out as a leader of an underground political movement called the African National Congress (ANC), Mr. Mandela played a part in many dramatic demonstrations against the white-ruled government.

His career in the ANC was cut short in 1964 when he was sentenced to life in prison. The notorious Rivonia Trial, as his sentencing was called, is now seen as nothing more than a cruel ploy used by the white South African government to silence Nelson Mandela once and for all. But even while in prison, Mandela continued to be a beacon of hope for his people who carried on the struggle against Apartheid in his absence. In 1990, after 27 years of imprisonment, Mandela was freed. His release marked the beginning of the end for apartheid. In less than five years after his release, Mandela was awarded the Nobel Peace Prize and elected president of South Africa.

Today, thanks to the self-sacrifice of Nelson Mandela, apartheid has been outlawed. Everyone in South Africa now has an equal opportunity at home and at work to live comfortable, productive lives. Nelson Mandela is one of the world's true freedom fighters, and his life and personal triumphs will be remembered long after the world has forgotten the evils of Apartheid.

"I have walked that long road to freedom. I have tried not to falter; I have made missteps along the way. But I have discovered the secret that after climbing a great hill, one only finds that there are many more hills to climb. I have taken a moment here to rest, to steal a view of the glorious vista that surrounds me, to look back on the distance I have come. But I can rest only for a moment, for with freedom comes responsibilities, and I dare not linger, for my long walk is not yet ended."

Mandela: An Audio History aired on NPR - Produced by Radio Diaries
The Mandela: The Symbol of Resistance - Created by the African National Congress. A great resource on Mandela.
The African National Congress - Links to information about Mandela and his political party
Nelson Mandela's hero is Mahatma Gandhi - Read all about this Peacemaker Hero in another story by Jeff Trussel

Nelson Mandela is a hero to many people, for all different reasons. Several of the contributors to My Hero: Extraordinary People on the Heroes Who Inspire Them selected Mandela as their hero.

Read their essays on myhero.com for a limited time by clicking on the links below:

Mandela: From the Life of the South African Statesman
Floyd Cooper 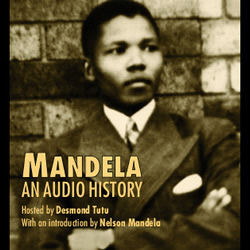 Click here to listen to the Nelson Mandela story.