Planting trees – and hope – in a flood-prone Nigerian town 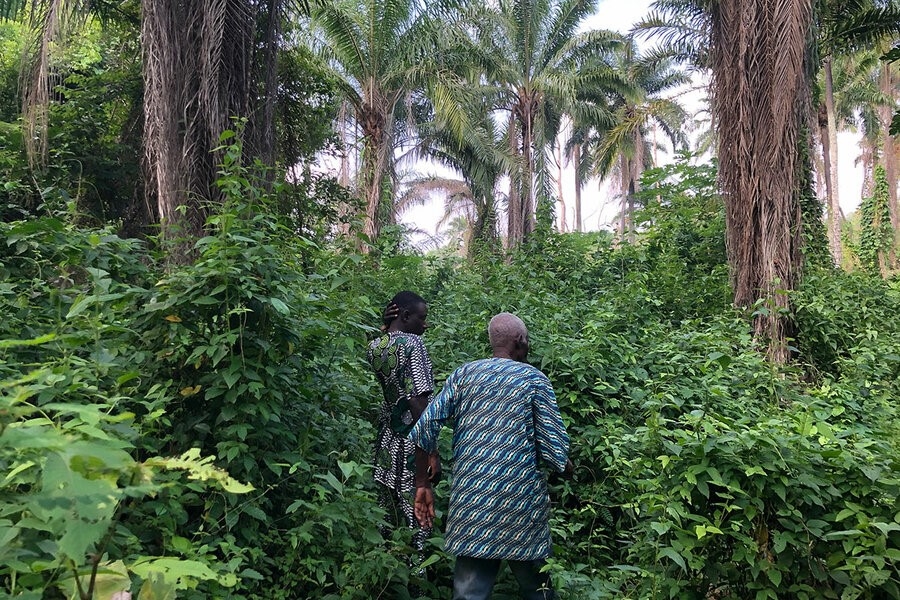 Agriculturist Soladoye Gbenjo (right) and a volunteer from his community walk through a forest filled with young trees they've planted, in Igbajo, Nigeria, in August 2022. Ahmad Adedimeji Amobi October 18, 2022

A quarter of a century after the event, Soladoye Gbenjo still remembers the storm that changed everything. For months during the rainy season, battering rains tore through Igbajo, his rural community in the southwestern Nigerian state of Osun. Then came a wind that tore off the roof of his house, and dumped most of his belongings in the surrounding flooded fields.

Mr. Gbenjo, an agriculturist, realized something: His house, like most in the district of steep, windswept hills, was too open to the elements.

After replacing his roof, Mr. Gbenjo did the only other thing he could think of to make his home safer – he planted dozens of trees around it.

Mr. Gbenjo did not know it then, but that decision was a seed that would come to fruition more than two decades later, as the community found itself grappling with the increasing ravages of climate change.

“I developed an interest in tree planting from what happened to me,” says Mr. Gbenjo, now an octogenarian, pointing with a trembling hand at the dozens of trees he has planted around his house over the decades.

Trees can help mitigate damage in storm- and flood-prone areas. Leaf canopies reduce erosion caused by falling rain and provide a surface area for water to evaporate; and tree branches and roots also act as a drag on wind and floodwater, reducing the speed of both.

Nigerians need all the help they can get tackling floods, which are predicted by scientists to rise as the climate emergency gathers pace. Already the country has one of the highest levels of deforestation in the world. As the oil-producing nation grapples with a rapidly growing population, trees are being lost to urbanization, wood burning, and environmental disasters such as oil spills. An annual deforestation rate of about 3.5% translated to the loss of around 14,587 hectares in 2020. Today, Africa’s most populous nation has lost all but 4% of its primary forest.

Ahmad Adedimeji AmobiAgriculturist Soladoye Gbenjo, the master planner of the tree planting project, checks tree seedlings in Igbajo, Nigeria.In recent weeks, much of Nigeria has been hit by devastating floods that have affected 29 of the country’s 36 states.

But in Igbajo, residents have long since banded together to try to plug the gaps left by government inaction. As is common in Nigeria, the community of around 25,000 residents has an informal association tasked with resolving local disputes and issues that rarely reach state – or even local – government offices. As floods ravage large parts of the country, residents in Igbajo have been largely spared in part thanks to that association.

Caught off guard by extreme weather events, Nigeria’s government has struggled to contain the catastrophic fallout. Widespread deluges caused by extreme rainfall and the release of excess water from a dam in neighboring Cameroon has displaced 1.4 million citizens and killed 500 in the past month alone, according to government officials.

When Mr. Gbenjo began planting his trees 25 years ago, the chairman of the Igbajo Development Association immediately saw the advantages it would bring. And so, in a series of spontaneous gatherings, Shola Fanowopo asked the well-respected Mr. Gbenjo to talk to other community members about the benefits of planting trees.

So convinced were locals by the plan, that they pooled money to buy about 40 hectares of land to turn into a juvenile forest. That forest, in turn, would serve as a reservoir for eventually repopulating the entire district’s depleted trees, they hoped.

But first, they needed the actual trees.

Olalere Ajayi, a local farmer, was one of dozens who was convinced to sign up after seeing a neighbor’s roof torn off during a violent storm.

That made him realize the “need to protect my house,” Mr. Ajayi says, while walking through rows of young saplings on the edge of the community.

Within a year, almost every compound had rows of seedlings sprouting around houses. Residents planted gmelina, afara, and maple saplings common to the area, hardy and fast-growing trees. 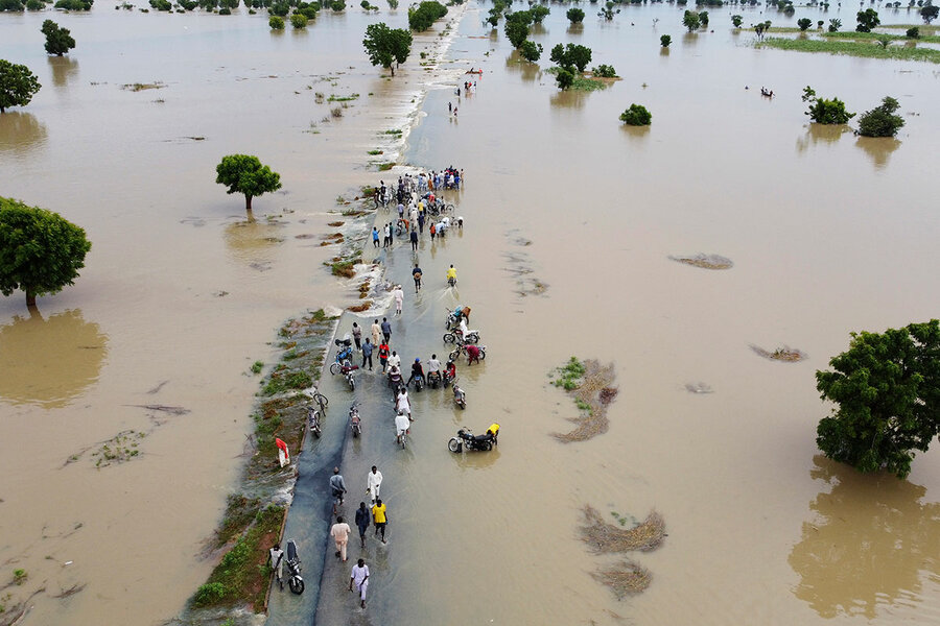 APPeople walk through floodwaters after heavy rainfall in Hadeja, Nigeria, Sept 19, 2022. Officials in Nigeria say the death toll from this year's flooding has now risen to 603. Authorities have called the floods the country's worst in more than a decade.Out in the surrounding fields, farmers also planted teak trees – whose firm grain makes it particularly useful for weather control – alongside their cash crops of cocoa, cassava, and yams.

In the first year, about 2,000 trees were planted, Mr. Fanowopo says. This year, volunteers are on track to plant a whopping 20,000 saplings, making a total of 50,000 trees planted since the project launched.

Like about 40 other residents who regularly volunteer, Mr Ajayi can often be found pitching in, either planting seedlings into small nylon bags; spraying growing saplings to keep insects and disease at bay; or digging older saplings to transplant them to where they’re needed.

Not all of those trees make it. Some seedlings don’t germinate, while others die after being uprooted to be transferred.

Then there’s a lack of funding to maintain and fuel the trucks used to transport the trees across different locations – now even more difficult amid rocketing costs of diesel. And with inflation hitting a 17-year high, residents of the rural community are having to tighten belts, meaning the project is being put on the back burner.

Nigeria has announced several strategies to tackle deforestation, such as REDD+ – a United Nations-backed project launched at the COP26 climate summit last year, which aimed to limit the number of trees being cut down. But local residents and researchers say such plans rarely translated into results on the ground, with most state governments lacking the financing and data needed to make significant progress.

Agriculturists say initiatives like the one in Igbajo could be successfully transplanted to other communities, though that would require more input from government agencies.

“Hopefully the government will wake up and take action,” says Ugwu Shedrach, a young agriculturist and soil scientist in Nigeria’s central Nasarawa State.

In Igbajo, residents say they are determined to press ahead regardless. Watching recent floods unleashed across the country prompted Funke Abu to volunteer her time toward a planting expedition. “It took me two days to pick 1,000 gmelina seedlings,” she says, weary but satisfied.

·       ‘We are many’: Indigenous candidates aim to transform Brazil politics

·       COVER STORY To build for a warming planet, architects look to nature – and the past