“‘I know he hurt me. He did something that’s really dangerous and stupid... But then again, he’s a 16-year-old kid, and 16-year-old kids are kind of dumb. It’s really hard to know what I want for him,’” said Sasha Fleischman (Martin). With this forgiving and open-minded mindset, Sasha Fleischman acknowledges that people are only human and everybody makes mistakes. Retaining this mindset even when the unthinkable happens is what allowed Fleischman to make it through one of the darkest periods of time in their life. Sasha Fleischman, who was born in a male body, now identifies as agender, which means he doesn’t identify as a male or a female (Emslie). Fleischman attended Maybeck High School, a small private school in Berkeley, California (Otis). Fleischman put a lot of time and effort into gender activism along with supporting the LGBTQ+ community (Carreras). While many parents do not know how to react when their child starts to identify as part of the LGBTQ+ community, Fleischman’s parents had been supportive of Sasha’s decision to begin identifying as agender (Carreras). Fleischman’s parents were happy to see Sasha feeling comfortable in their own skin, being able to express their true self to the world as a member of the LGBTQ+ community (Carreras). Sasha Fleischman faced many challenges and struggles as a member of the LGBTQ+ community, which led them to become an example of a heroic figure, and someone who inspired people to stand up against discrimination towards the LGBTQ+ community; Fleischman’s tragic story proves that through forgiveness we can all find peace and growth. 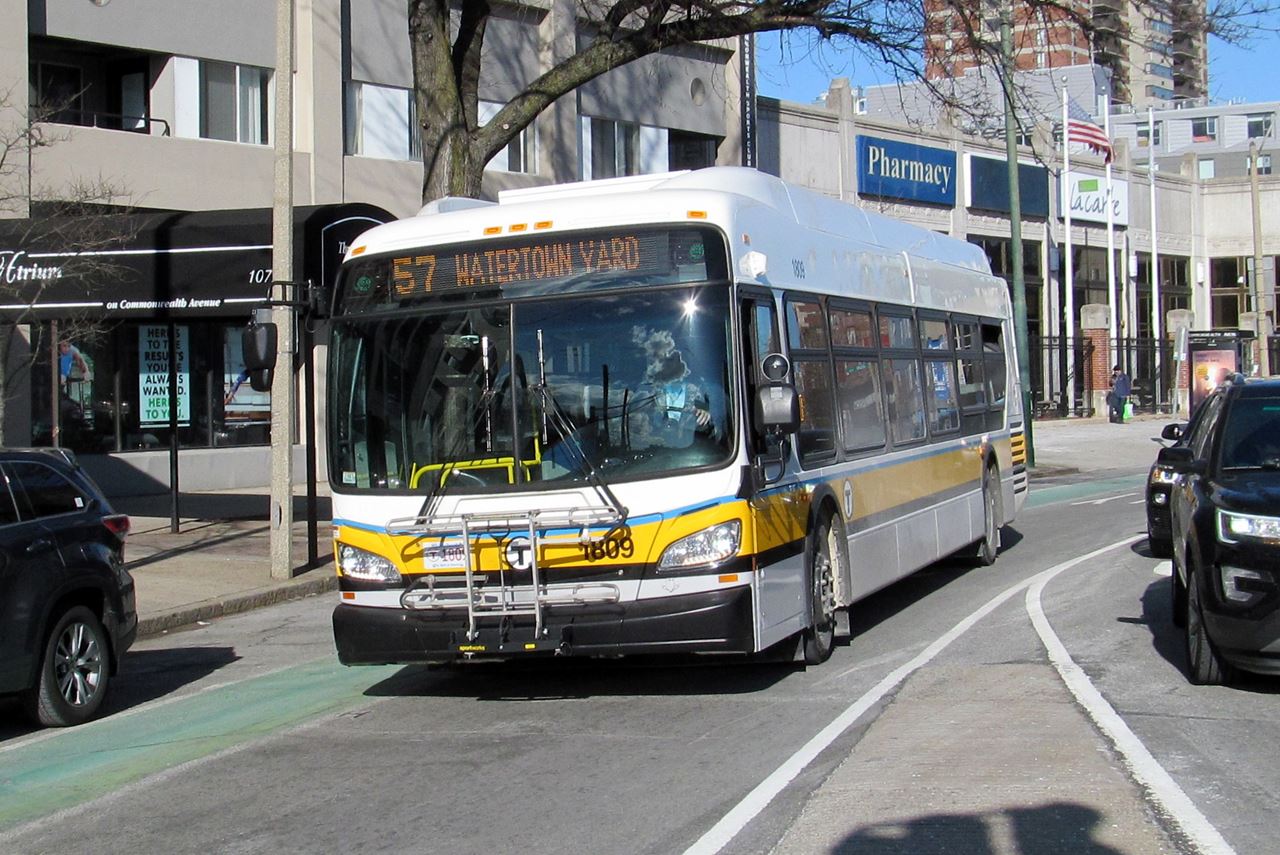 The 57 Bus. The bus that travels along the route that Sasha Flesichman was attacked on.Wikimedia CommonsBeing a member of the LGBTQ+ community, Fleischman did not always fit in with the people around them, and because of their differences, Fleischman often faced challenges, and struggles. One such struggle that Fleischman faced was while riding on a bus in Oakland, California, when a fellow passenger violently attacked them while they were asleep. As a result of this attack, Fleischman suffered second- and third-degree burns that covered their legs (Martin). These injuries put Fleischman in a great amount of pain and caused them a lot of suffering. In order to receive treatment for their injuries, Fleischman had to undergo several painful operations over the course of several weeks (Slater). All of the pain and suffering that Fleischman experienced was a direct result of their choice to let the world view a more vulnerable side. By publicly identifying as agender, Fleischman became the target of an attack that they could’ve potentially avoided. The fellow passenger, Richard Thomas, set Sasha’s skirt on fire using a lighter. After Thomas was caught, he admitted that his attack on Fleischman was partially motivated by homophobia (Fagan). Due to their choice of identifying as agender, Fleischman became the target of an attack based solely on the fact that they identified as agender. Fleischman faced many challenges as a result of their choice to identify as a part of the LGBTQ+ community, and these struggles are what prove Fleischman to be a heroic figure.

Fleischman became a prime example of a heroic figure after being attacked. After being attacked, Fleischman was faced with two options: live the rest of their life with a grudge and a desire for vengeance against their attacker or try to forgive the attacker and move on with life. Fleischman decided to show heroism by forgiving their attacker for all of the pain that he caused. Sasha's desire to forgive and forget is shown when Berkeley California Magazine states, “Even Sasha expressed ambivalence rather than a thirst for vengeance” (Martin). Fleischman could’ve spent the rest of their life being miserable and feeling anger towards their attacker, but instead chose to try and move on from this event. Fleischman knew that they wouldn’t gain anything from holding a grudge against their attacker, so they decided to just focus on healing from their traumatic experience. Furthermore, not only did Fleischman forgive their attacker, but they also managed to convince their parents to excuse the attacker’s actions. In most cases, a person’s parents are their first line of defense against injustices from the outside world. Parents always want to protect their kids and prevent them from facing any harm or injustices from society. Out of all the people in the world in Fleishman's life, it would be the most challenging for the parents of Fleischman to forgive the attacker. Another instance of Fleischman’s forgiving mindset is shown when SFGate writes: “...Karl Fleischman said Wednesday that he and his offspring want prosecutors to consider moving the case to juvenile court” (Fagan). Through Fleischman forgiving their attacker, Fleischman has also taught their parents to forgive the attacker. Nobody had anything positive to gain from this event, so Fleischman decided that it would be best to just forgive the attacker and give them a second chance at life. Through the forgiveness of Fleischman and their parents, the attacker now had an opportunity to learn from his mistakes and make better choices in his future. Fleischman’s forgiveness led to the best possible outcome for both parties that were involved in this unfortunate situation. Fleischman exemplifies a heroic figure by learning to forgive others and teaching others to forgive, no matter what terrible actions other people may have done.

The horrifying assault that Fleischman experienced has now inspired many others to stand up against and raise awareness of discrimination towards the LGBTQ+ community. According to The New York Times Magazine, “Several high schools had sponsored skirt-wearing days; so did a local bookstore” (Slater). Due to the discrimination that Fleischman faced, Fleischman’s local establishments tried to make Fleischman feel more included by hosting skirt-wearing days. These sponsored skirt wearing days are meant to make Fleischman and others that identified as agender comfortable with expressing their true selves. This newfound awareness that resulted from the attack on Fleischman was meant to make all people that identified as agender feel more normal. Another example of Fleischman’s influence on their community is when The New York Times Magazine writes: “At Oakland High, Richard's school, the varsity basketball team wore blue jerseys with Sasha's name on them and the words 'No H8’” (Slater). Fleischman’s story inspired the varsity basketball team of their attacker’s school to wear jerseys that showed support towards Fleischman. This act of support towards Fleischman gained a large amount of publicity, as it was published in The New York Times Magazine, a large news outlet. This newfound publicity allowed more people to become aware of the issue of discrimination against the LGBTQ+ community. Additionally, according to the New York Times magazine, “There had been a march along the route of the 57 bus, with supporters tying rainbow-colored ribbons to street signs and telephone poles along the way” (Slater). Fleischman’s story has had such a large impact on people and has inspired enough people to stand up against discrimination towards the LGBTQ+ community that many people gathered to hold a march in honor of Fleischman. This march was meant to support Fleischman and others in the LGBTQ+ community, and the rainbow ribbons unify them all. In the end, Fleischman’s story inspired a whole host of people to stand up against discrimination towards the LGBTQ+ community.

Jr, Otis R. Taylor. “The Teen Who Was Set Afire on the Bus: the Lives behind a Shocking Assault.” SFChronicle.com, San Francisco Chronicle, 20 Oct. 2017, https://www.sfchronicle.com/news/article/The-teen-who-was-set-afire-on-the-bus-the-lives-12292082.php.

A New Book Celebrates Rejecting the Gender Binary With Powerful Photographic Portraits - This website talks about how Sasha Flesichman has inspired others to bring awareness to the genderqueer population. Members of the genderqueer community have also been inspired by Fleischman to come out with their stories and go public with their gender identification.