Susan B. Anthony fought for women's rights and freedom for slaves. She believed that all people were equal. I admire her for her strong determination, courage and confidence.

Susan B. Anthony was born on February 15, 1820, near Adams, Massachusetts. She was one of eight children, although only six lived to be adults. Susan's father felt that women should get as much education as they wanted. He built a school by adding a room to their home for his own children and others.

When she was around fifteen years old, she went to the homes of others to teach children. She liked the chance to earn her own money. In 1838, her father lost his cotton mill business because of the financial depression in the United States, and in the spring of 1839 he had to sell their house. They moved to a town called Hardscrabble (later called Center Falls), NY. In the spring of 1840, she went to teach at a boarding school near New York City. While Susan was teaching, she heard people talking about getting rid of slavery. She agreed with this idea, just like her father did. She believed that all people were equal.

In 1849, when Susan came back home to Rochester, her father had started inviting over his friends who wanted to talk about getting rid of slavery. She listened to her father and to others who wanted to help slaves find freedom.

In 1856, the abolitionists asked Susan to organize, write and deliver speeches for a campaign against slavery. In 1865, their efforts would pay off with the passage of the Thirteenth Amendment to the U.S. Constitution. Even though the slaves were free they didn't get the right to vote.

In addition to Susan's fight to end slavery, she joined the Women's State Temperance Society in the State of New York. Both men and women could join, and at the society's second convention the men started taking over, so Susan resigned as leader of the group. That was the end of her work with the temperance movement; she began working for women's rights.

Elizabeth Cady Stanton wanted to combine the efforts of the abolitionists and the women's rights groups. Unfortunately, the abolitionists didn't want to work for women to have the right to vote. (Just as before, many of the women's suffragists did not care to get their cause tangled up with abolition.) Susan and Elizabeth were back where they had started twenty years before and focused their efforts on women's rights in order to raise money.

In 1868, the Fourteenth Amendment passed. This amendment stated that all people who were born or naturalized in the United States were citizens of the U.S. In 1870, the Fifteenth Amendment passed. This amendment stated that the right of citizens of the U.S. to vote shall not be denied to anyone because of race or skin color, even if the person had once been a slave. These amendments were passed to give the black men the right to vote.

Susan continued working hard by going from state to state giving speeches about the enfranchisement of women. In 1878, Susan convinced Senator Aaron Sargent of California to propose an amendment to the constitution for women's suffrage. The amendment was defeated, but Susan worked hard to have the amendment proposed every year.

In 1902, Susan B. Anthony wrote to Elizabeth Cady Stanton:

"It is fifty-one years since we first met and we have been busy through every one of them, stirring up the world to reorganize the rights of women...We little dreamed when we began this contest...that half a century later we would be compelled to leave the finish of the battle to another generation of women. But our hearts are filled with joy to know that they enter upon this task equipped with a college education, with business experience, with the freely admitted right to speak in public - all of which were denied to women fifty years ago."

On March 13, 1906, Susan B. Anthony died in Rochester, New York. On November 1920, fourteen and a half years later, The Nineteenth Amendment to the United States Constitution guaranteed women their right to vote. Susan's dream had finally come true.

In 1979, more than seventy years after her death, Susan B. Anthony was honored with her picture on the United States one-dollar coin. 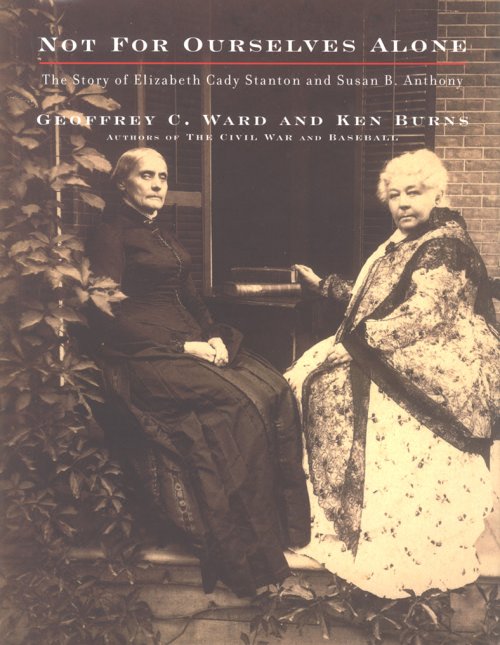 Not for Ourselves Alone: The Story of Elizabeth Cady Stanton and Susan B. Anthony
Geoffrey C. Ward, Ken Burns

Failure Is Impossible: Susan B. Anthony in Her Own Words
Lynn Sherr 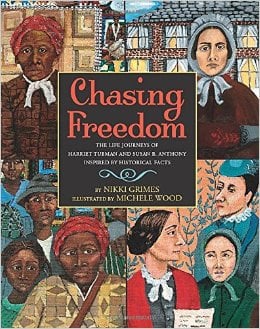 Susan Anthony was the writer of the late 18th century women's rights newspaper "The Revolution", and rightfully so, the most recognized historical name behind the modern women's rights movement.