was held at The Boys and Girls Club of Laguna Beach on Saturday, Nov. 16th

This family friendly program included performances of dance, live music and short films celebrating the best of humanity. Thanks to the City of Laguna Beach and the Foundation of the Festival of the Arts for their support for this program.

November 16th is the UN International Day of Tolerance. We honor those working to build bridges of understanding and compassion in our community. As a sanctuary for the environment our community embraces respect for each other and all the sea life and animals that call our beautiful laguna home.

Now celebrating it's 12th Year the Laguna Hero Fest brings together artists and activists of all ages to recognize individuals and groups in the community who are working hard to make the world a better place.

Jeanne Meyers
The 2019 Laguna Hero Fest was a wonderful community building event held at the Boys and & Girls Club and sponsored by the Lodging establishments and the City of Laguna Beach.

Marc Ostrick - WINNER of the 2019 Media Arts Educator Award, shares about his work with - ChangeChitra | MY HERO and Video Volunteers - Dept. of State Grant - India.

Mohit Arora, Aishwarya Ashok, Shikha Kumari
Made in Madras is the story of an 18-year-old soccer player, Sangeetha, who lives on the streets of Madras (aka Chennai).

History will be Repeated

A powerful message for young people to stand up against bullying!

Learn about the history and remarkable heroes of the Laguna Beach Community Clinic.

The MY HERO Project empowers youth through media arts education to share their powerful voices with the world.

Jeffrey Briar inspires others to laugh for health!

Producer: MY HERO
Slideshow featuring heroic art from students around the world with Larsen McCarroll on piano.

Producer: The MY HERO Project
Segment from the Laguna Beach ECO Heroes documentary featuring the work of Greg, Barbara, Shawn & Meghan Magillivray with their One World One Ocean Campaign.

Producer: The MY HERO Project

Artist Profile - Robert Young
Credit: Robert Young
Adopt a Class program impacts the lives of many youth introducing them to Ocean Conservation at the Ocean Institute.

Producer: Hila Hamidi
One World One Ocean Sponsors the Ocean Conservation Award in the MY HERO International Film Festival with a 500.00 prize!

Producer: The MY HERO Project

Ditty for Dilley: Sing Along

Producer: MY HERO
Sing along with us as we celebrate James Dilley through song. Featuring original music by Sasha Evans and Doug Miller.

Details about the Sylvia Earle Award at Laguna Hero Fest

Producer: Charles McMahon
The 2016 Community Award recipient is Gregg Abel for more than 35 years of service to greater Laguna Beach.

Pray For A Cure by Music in Common

Producer: Music in Common
This original song and music video was created by local youth from diverse religious backgrounds titled “Pray for a Cure", mentored through the Music in Common program at the Laguna College of Art and Design, spearheaded by Jason Feddy, Warren Sellars, and Alisa Eisenberg.

Art and Nature by Greg MacGillivray for The Laguna Art Museum

Producer: Greg MacGillivray
Marinta Skupin became the Curator of Education at Laguna Art Museum in 2012. Skupin creates opportunities for all audiences to engage in meaningful and enjoyable ways with art. The Art & Nature Festival, now going into its 4th year, is one of her most successful projects and her enthusiasm for art is infectious.

POSITIVE SPIN featuring Give a Beat

RYOT Foundation has launched a program called " The Great Escape Project". This program will bring uplifting Virtual Reality experiences to children who are patients at CHOC Hospital. Zeda Stone and Bryn Mooser both with roots in Laguna Beach are spearheading this humanitarian project.

Patsee Ober Swimming in the Pacific Ocean by Laguna

Special thanks to our sponsors 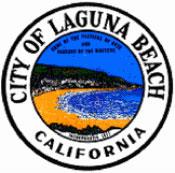 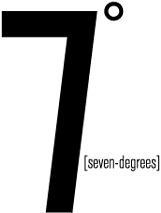 Producer: The MY HERO Project
One World One Ocean is a global campaign led by Greg MacGillivray to raise awareness for ocean conservation.

Producer: The MY HERO Project
Wyland is an iconic activist who uses his art, music and love of nature to inspire and encourage stewardship of the planet.

Producer: The MY HERO Project
Mary Fegraus has lead the campaign to create a wilderness park in the greenbelt surrounding Laguna Beach. Thank You Mary Fegraus.

Producer: The MY HERO Project
James Dilley is the father of the Laguna Greenbelt and is commemorated in this wonderful little Ditty.

How to Host a Local HERO FEST - PDF GUIDE