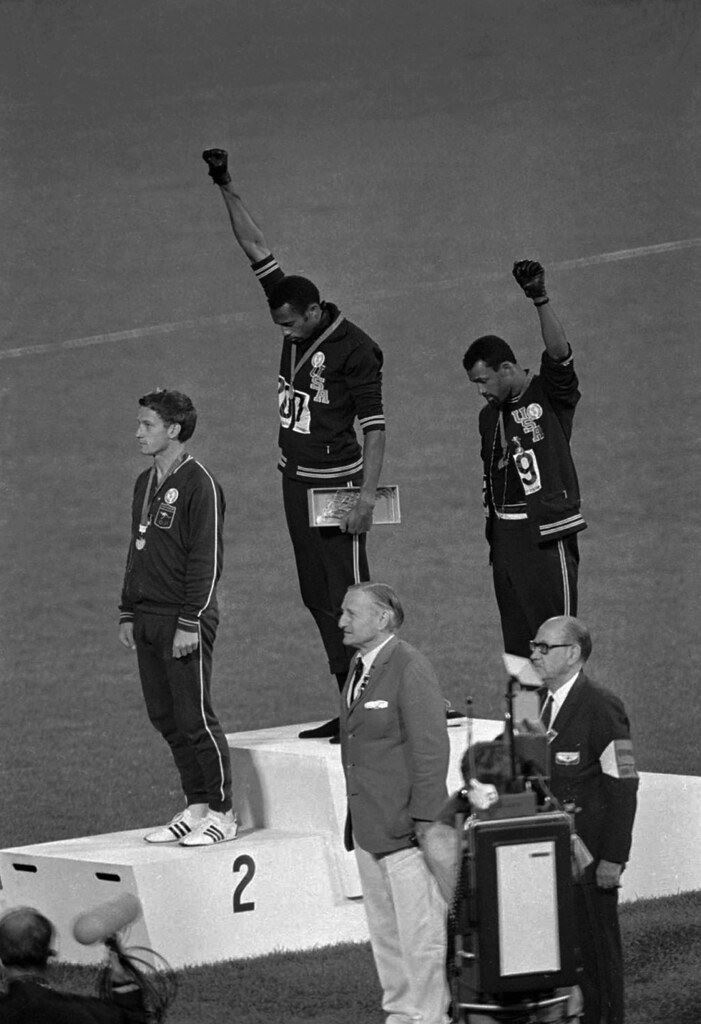 Peter Norman, Tommie Smith, and John Carlospublic domainA moment in social justice and American history unfolded during the 1968 Olympics in Mexico City. That year's United States track and field team is considered to be one the greatest ever assembled, with names such as Tommie Smith, John Carlos, and Lee Evans. The team would win a grand total of 28 medals that summer.

In spite of these incredible athletic accomplishments, that was not the lasting memory. What is remembered are the iconic poses of Tommie Smith and John Carlos, both raising their fists with black leather gloves on during the US National Anthem. All of this occurred after the two men placed in the 200-meter final.

What isn’t remembered is that these athletes almost did not show up to participate. American sociologist and civil rights activist Harry Edwards delivered a statement on a boycott. Edwards told the media, “Black men and women have unanimously voted to fully endorse and participate in a boycott of the world Olympic games in 1968.”

The idea of sports helped improve racial equality in the United States. African American athletes Jackie Robinson and Kenny Washington broke racial barriers by joining professional leagues in 1946 and 1947, giving the hope to the next generation of African Americans that if those two could do it, then so can they. Fast forward to the 1960s, they continued to feel mistreated.

Thanks to a rising black power movement and African American student movement, athletes spoke about the mistreatment they would go through both on and off the field.

In 1967, a boycott of the upcoming Olympics would grab the attention of the US government, forcing them to pay attention to what was occurring in America. They knew that the United States would under perform without African American athletes participating.

Harry Edwards, a former athlete, organized the Olympic Project for Human Rights. The organization had five demands if the athletes were to participate:

The boycott was a huge story before the summer games. Athletes would even debate about which side was right, sensing that it could harm opportunities for current and future African American athletes.

The participants always kept the media guessing. They never revealed any clues of what was going on behind those closed doors, always saying they had no answer whether they would attend the Olympics or not. Eventually, the boycott ended via a vote. This occurred because a majority of the athletes weren’t fully on board with the idea of boycotting. 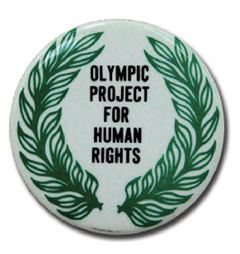 OPHR PinPublic DomainWith boycotting out of the picture, protesting would be the next best thing to do. And OPHR members Tommie Smith and John Carlos would get their opportunity. Smith won gold in world record fashion, and Carlos won the bronze. Both would wear their OPHR pins after the race when receiving their medals. Upon receiving their medals, they hopped on the stand shoeless, wearing nothing but their black socks.

As soon as the US National Anthem began to play, both men bowed their heads and raised their black, leather-gloved fists in their entirety for the song. The symbolism in the image was huge. Smith, who wore his glove on his right hand, supported the “power” aspect of the African American community. Carlos, who wore his glove on his left hand, supported “unity” in the African American community.

Smith and Carlos would show other forms of symbolism. Smith wore a black scarf around his neck, which he says symbolized “blackness.” Carlos' Olympic jacket was unzipped during the ceremony. This was frowned upon by the committee. In the open jacket, Carlos wore a bead necklace around his neck, which represented victims of lynching. The iconic image of both men would show the support for those who were fighting against racism.

In addition to these men showing solidarity, there was another man who was involved: Peter Norman, the silver medalist winner. The Australian joined the two Americans in their efforts by also wearing an OPHR pin. It was also Norman's idea to give the Americans the gloves. All three men would hear countless boos from the crowd.

Once the medal ceremony ended, Smith and Carlos faced suspension from the team immediately by the US Olympic committee. They had 48 hours to leave Mexico, in addition to both of their medals being taken. Norman faced scrutiny as well by his fellow Australians. Both he and his family faced the heat. There was difficulty in finding a job as well. John Carlos felt for Norman, understanding that a whole country was against him.

In 2006 Norman passed away suddenly. Australia never received the opportunity to apologize for their treatment of Norman. It was not until 2012 that Australian parliament approved the action of apology to Peter Norman. Australia rewrote his story. The house delivered a statement saying: “This House recognizes the extraordinary athletic achievements of the late Peter Norman, who won the silver medal in the 200 meters sprint running event at the 1968 Mexico City Olympics, in a time of 20.06 seconds, which still stands as the Australian record.” 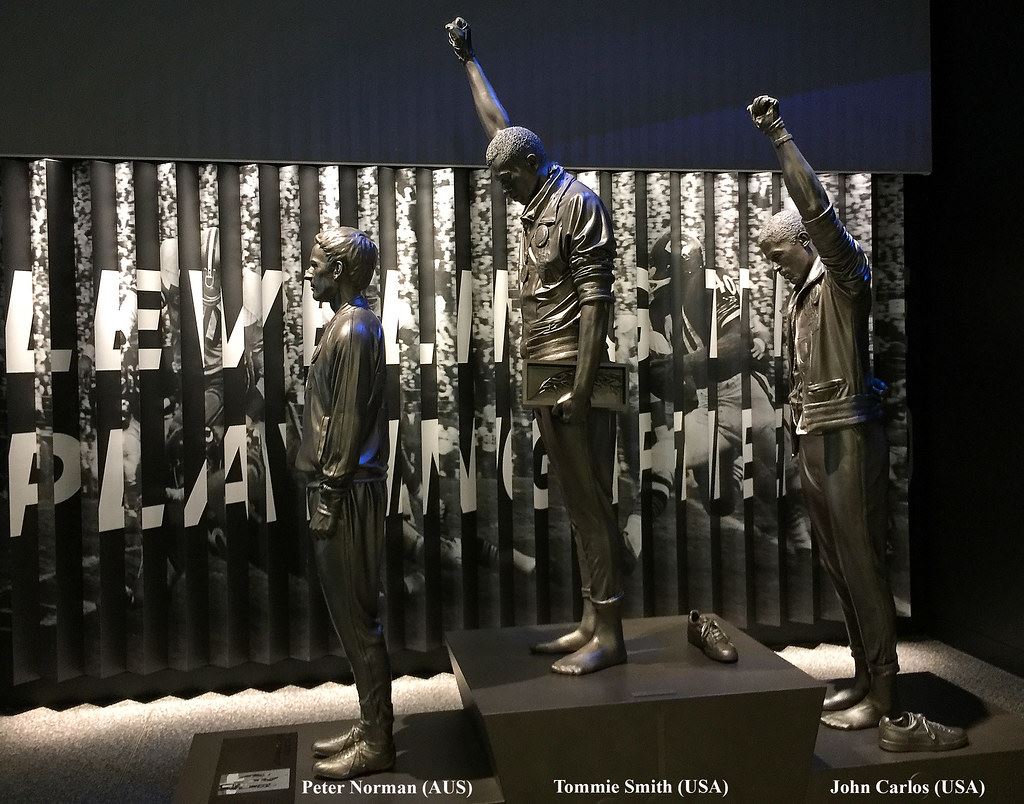 The 'Black Power' Salute at the 1968 Olympic Games -- The National Museum of African American History and CultureFLICKR / Public domainAs we continue to battle social injustices and the mistreatment of African Americans, we must stay strong and be together if we hope to win. It takes a lot for someone to speak their mind on what they truly stand for. We must all be brave and work together if we truly want to see the day of equality for all.

Passionate sports writer who likes to talk about stories that occur on the court/field but more importantly the effects they have off of it.