What a 7-year-old boy can teach us about generosity 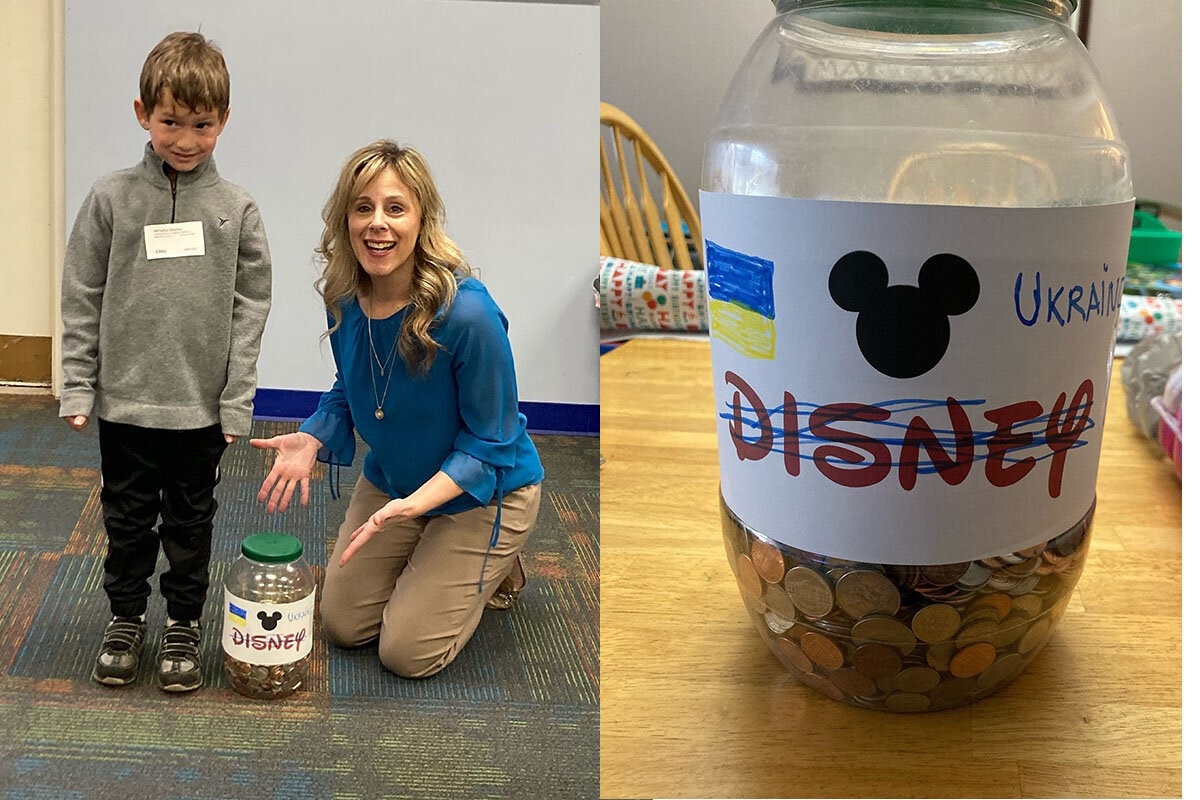 In recent days, world leaders, philanthropists, and celebrities have encouraged a flood of new donations for Ukrainian war refugees.

Members of Pink Floyd reunited to record the rock band’s first new material in 28 years, a protest song against the Ukraine war. Julian Lennon sang his dad’s song “Imagine” for the first time in public. Both were part of a star-studded Global Citizen event this past weekend that raised more than $10 billion in pledges.

That’s an impressive outpouring. But it was Nicholas Perrin’s $266.30 donation that really touched my heart. The 7-year-old from Bucks County, Pennsylvania, emptied his “Disney” jar, giving it all to Convoy of Hope Ukraine.

What prompted such empathy? Nicholas attends the Christian Life Center in Bensalem, Pennsylvania, where Pastor Robyn Geisler gave a sermon recently about helping Ukrainian refugees. At lunch later that day, Nicholas said, “Mom, I want to give my Disney money to the Ukraine kids,” according to his mother, Amy Perrin. “I teared up but told him to wait a week,” she told me, “to see if that’s what he really wanted to do.” For two years, Nicholas had been saving tooth-fairy money, coins found under sofa cushions, and his mom’s spare change for a trip to the Walt Disney World Resort in Florida.

But he’s also been a foster kid. Nicholas knows what it’s like for a child to be without a home. The next Sunday, he proudly lugged his coin-filled pretzel jar to church. “It shows that a heart of giving and generosity is modeled at home,” says Ms. Geisler.

His adoptive mom says they have no family or friends in Ukraine. But she’s tried to teach Nicholas to be grateful, in part, by giving. Each year at Christmas, he picks out two of his own toys to give to charity. “I tell him it’s our job to help others. But you don’t know if [that message is] working until you see something like this,” Ms. Perrin says.