by Kevin & Sean from Port Coquitlam

Our hero is Yuri Alekeyevich Gagarin because he was the first man in space. He was born on March 9, 1934 near Smolensk, Russia. He graduated from a Soviet air force training school in 1955.

He was in a Russian spacecraft called the Vostok 1 which was launched on April 12, 1961. Though he only spent an hour and forty-eight minutes in orbit around the earth, he traveled at a fast speed of more than 17,500 mph (28.160km/hr).

He paved the way for other space cosmonauts (as the Russians call their astronauts). Old astronauts had believed that you would freeze to death in space, but Yuri Alekeyevich Gagarin's flight proved that you won't freeze as long as you wear a protective space suit. 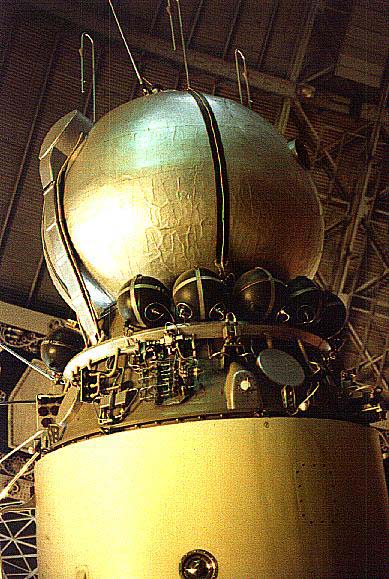 Lots of astronauts and cosmonauts have followed Gagarin into space, but for that one hour and forty-eight minutes, everyone in the world held their breath, and probably Yuri Gagarin did too! When he landed near the Volga River, he and the whole world could breathe again.

Yuri Gagarin died in a Mig training jet in March 17, 1968, while training for another space flight.

Yuri Gagarin
- On April 12, 1961 Yuri Gagarin became the first human to orbit Earth...from STARCHILD
Read about another SPACE HERO
-SERGEI VLADIMIR ILYUSHIN, JR.
- this essay is by Paul Tsarinsky who believes that SERGEI VLADIMIR ILYUSHIN, JR. may have been the first man in space and celebrates this unsung hero.
Welcome to StarChild
- A Learning Center for Young Astronomers
Encyclopedia Astronautica on Gagarin