Coral reefs are one of the most beautiful ecosystems on our planet – and are critical to our survival. 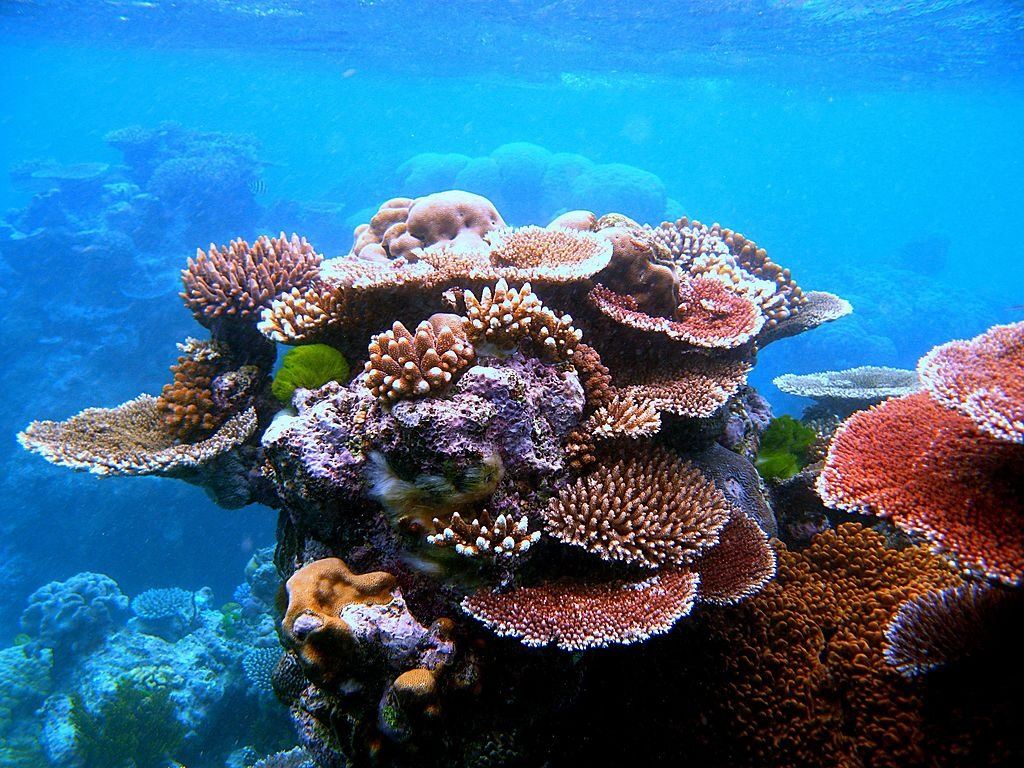 Flynn Reef, part of the Great Barrier Reef near Cairns, Queensland, AustraliaToby Hudson - Wikimedia Commons [Public domain]Coral reefs are one of the most valuable and precious natural resources on our planet. Although coral reefs only cover about .2% of the earth’s surface, they support approximately 25% of the world’s marine life. Coral reefs are essential to survival: they purify the air we breathe by converting carbon dioxide to oxygen, they provide numerous medicines and vaccines, and they protect our shorelines from waves. They also have more density of life than any other ocean habitat, and provide more than $30 billion a year in tourism and fishing revenue.

However, the coral reefs are under threat: every coral reef on the planet could disappear within the next 50 years. Pollution, global warming, and over-fishing are having a devastating effect on the sensitive ecosystems that live within the coral. The water temperatures in the ocean are slowly rising, and in combination with industrial pollution and overfishing, the vibrant coral reefs teeming with life are slowly turning into dry, bleached, dead skeletons. Dr. Mary Hagedorn is working to change this.

Mary HagedornSmithsonian Institution: Office of the Under Secretary for Science / Public domainDr. Hagedorn has been collecting coral from both the Atlantic and Pacific Oceans to increase the genetic diversity of the preserved coral. She is working with other scientists and international conservationists to create secure storage facilities to preserve and store the regrown coral. Coral tissue can be kept alive for hundreds of years in these facilities, preserved at ultra-low temperatures.Dr. Hagedorn is a Smithsonian scientist and is a leading expert in aquatic cryobiology. At her lab at the Hawaii Institute of Marine Biology, she is researching the use of human fertility techniques to preserve threatened coral. She has started to apply the same science used to cryopreserve eggs and sperm to cryopreserve the sperm from coral. Coral reefs are made of animals that reproduce by releasing sperm and eggs. Dr Hagedorm’s team has been able to successfully freeze coral sperm which, once thawed, can be used to fertilize eggs and produce larvae. Using this process, coral reefs can be regrown in a laboratory.

These frozen coral time capsules will act as an insurance policy for coral: if coral reefs become severely damaged in the future, the cryopreserved genetic material in the coral can be used to repopulate the diminished coral reefs. This is a clear solution to protecting the planet’s most endangered coral species, but Dr. Mary Hagedorm is almost out of funding. She has been self-funding her project, but without more funding the survival of her project and of the coral reefs hangs in jeopardy.

Watch a MY HERO Film About Dr. Mary Hagedorm