Before you speak, it is necessary for you to listen, for God speaks in the silence of the heart.

The 20th Century will in many ways be remembered as the century of images. Of utmost importance in this day and age is the image one projects to the world. Politicians obscure self-serving motives behind dazzling smiles and expensive haircuts. Super models hide anorexic bodies behind layers of makeup. Hollywood makes heroes out of decidedly un-heroic narcissists. One person, however, lived a life that was identical to the image the world had of her. This person was Mother Teresa of Calcutta, a woman who was celebrated worldwide as a saint and who lived a life that wholly justified this renown.

Mother Teresa was born in 1910 in war-wracked Albania to Catholic refugees. At the age of 19, she went to India to join the Sisters of Loreto, a missionary order of nuns. She served with the Sisters as a teacher for 20 years. At the age of 38, while traveling by train in India, she had a striking realization that her life's mission was to minister to the poorest of the poor. With the Pope's blessing, Mother Teresa descended into the slums of Calcutta, undoubtedly one of the poorest cities on the planet, and began the Sisters of Charity.

Under her direction, the Sisters of Charity ministered to the sick and hungry of Calcutta. Showering love and food on all who came to the mission's doorstep, Mother Teresa soon became a local celebrity. In 1969, a documentary chronicling her work in Calcutta was released. Overnight, Mother Teresa gained international prominence as a modern day saint.

With a rare combination of goodness and media savvy, Mother Teresa took advantage of her new-found recognition. She began giving speeches worldwide, helping to bring attention to the plight of the poor everywhere. In 1979, she was awarded the Nobel Peace Prize and her position as the world's greatest champion of the downtrodden was firmly established.

Towards the end of her life, Mother Teresa was a friend of kings and presidents worldwide. But it was with the poor that she chose to spend most of her time, traveling to war-torn areas such as Beirut and drought-stricken nations such as Ethiopia in her ongoing quest to find new persons in need of love and support.

Many visitors to MY HERO have shared their thoughts about Mother Teresa.

Mother Teresa is my hero because she represented all that is good and holy in a world filled with pain and suffering. She replaced violence and disregard for human life with patience, kindness and stewardship. She was more than just a woman of great virtue and vision. She was truly a modern day saint whose holiness touched an entire world.

Rose from Cranberry writes that AGNES GONXHA BOJAXHIU (Mother Teresa) is her hero.

My hero is Mother Teresa because she always helped people and she never gave up. She never judged people or cared whether a person was hungry, homeless or had a disease. She would always find the time to help them. She would stop in the street to help a hungry or homeless person because she always wanted the best for everyone. What counted was what was inside a person, and she always saw the goodness there.

Agnes Gonxha Bojaxhiu was born on August 26, 1910 in Skopje, Macedonia, but she said that the day of her baptism was her real birthday. She was the youngest of three children and her father was an Albanian builder. When she was 18, she took the name Sister Teresa, in memory of Saint Teresa of Lisieux.

Mother Teresa was an honest and giving person. She would always give her time and love to someone who would need it the most. She would comfort the person during their hardest times.

I want to try to be like Mother Teresa. I want to help people and I want people to respect me and look up to me. I want to be the type of person she was, an Angel, a living Saint. 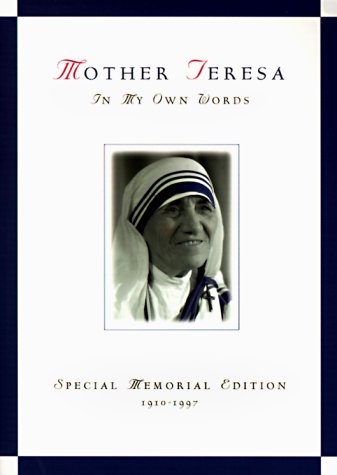 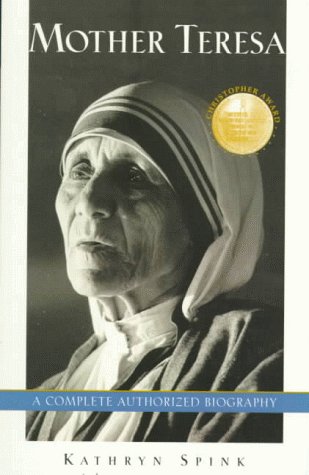 A Revolution of Love: The Meaning of Mother Teresa
David Scott
Related pages

Mother Teresa: A Glimpse of Change