Regarding the image of Mary Bowser, via Wikipedia: "A photograph formerly assumed to be of Mary Richards Bowser. The photo was taken of a different Mary Bowser in 1900, thirty-three years after the last known record of Mary Richards Bowser. The woman in the photograph would likely have not been born or been only a very young child during the Civil War." https://en.wikipedia.org/wiki/Mary_Bowser

"I had advantages of blood and brain and felt it was my duty, if possible, to work where I was most needed." Mary Richards Bowser 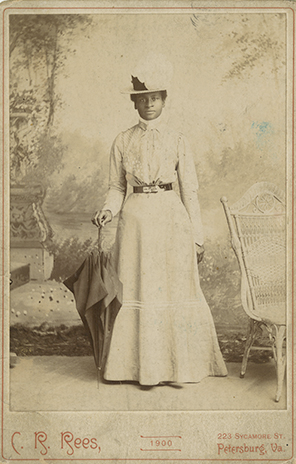 Mary BowserC. R. Rees / Public domainShe may have been among the boldest, bravest, and most prolific spies in the American Civil War, as well as one of its best kept secrets. Even before the war, Mary Richards was an amazing young woman. Only in her early twenties, Mary was a freed slave from Richmond, Virginia. Described as very smart, funny and attractive, Mary had a photographic memory and a formal education from the Quaker Negro School in Philadelphia, courtesy of her late owner's daughter. Somehow Mary had also traveled to and from the "free Black country" of Liberia in Africa. She apparently risked returning home to slave-owning southern Richmond to marry her love, freed man Wilson Bowser. They wed in a white Richmond church only a few days before the Civil War broke out.

Richmond would become the capital for the Confederate South. Mary Bowser's late owner's daughter formed the spy ring, and Mary Bowser accepted the most dangerous assignment of all: being a black slave spy in the Confederate Jefferson Davis White House. Bowser would go from amazing to extraordinary. Hiding all of her natural gifts, she assumed the role of a dim, shuffling "darky" slave who did her best to blend with the background, all the while tracking the valuable information around her. Bowser skimmed documents while she cleaned, eavesdropped on meals while she served and passed off everything she could glean to the local baker who made daily stops. It was the baker who later recalled how Bowser could recount all of it word for word. Anything was used to pass information: egg shells, false bottom trays, shoe soles, and like the Underground Railroad of Harriet Tubman, laundry on the line was used for signals.

Playing the slave in Richmond meant living in constant and intimate peril. It would have been cause for execution if whites in the Davis home discovered Bowser was literate, let alone a spy. Bowser was not allowed to look a white person in the eye, speak to them directly, react if called a "nigger," spit upon, whipped or assaulted. Bowser walked a tight wire of of serving the cause of her people's freedom, with only the blindness of Confederate racial bigotry as her cover. As her biographer Lois Leveen put it, "She wasn't overlooked as a spy, she was under looked." Bowser used their ignorance as her best weapon; it left her privy to high level material. Bowser had access to planned troop movements, military strategies, political arguments, information on supplies of men, munitions, even food. After the war, Northern General Ulysses S. Grant acknowledged receiving influential information from what must have been Bowser. Most of the records regarding Union spies were destroyed to protect them. And what did survive tended to be the "heroic" story of the former slave owner's white daughter.

Mary Bowser's story played out against the deteriorating backdrop of Richmond. Once a genteel, industrialized Southern city run on slave labor, the Confederate Capital fell into to wartime chaos. War brought Richmond outbreaks of disease, mobs seeking food, hospitals of Southern troops, prisons of Northern troops, war profiteers, thieves, prostitutes and weapons factories running round the clock on any labor they could find. Some accounts do say Bowser was sometimes able to sneak through the city at night to get to her former owner's home with urgent information. Nothing is said about how Bowser kept in touch with her beloved husband. Eventually toward the end of the Civil War, President Davis decided he must have a mole in his White House, and he started to suspect Mary Bowser. Bowser fled before she was caught, and more than one account claimed her last act was attempting to burn the Confederate White House down.

As the Union troops advanced on Richmond, Confederate troops burned the entire city to the ground in retreat. The taking of Richmond was something many Southern slaves had longed for. Finally, freedom had made its way south. But not for Mary Bowser. After risking her life for so many years spying to help that Union army, Union solders assaulted Bowser in a Richmond street. Her husband Wilson Bowser tried to fight them off, but was arrested, tortured and nearly executed for it.

In the few accounts available of Mary Bowser's later life, there are no further mentions of her husband. There is a reference to her having spent four months in a Richmond jail, and after all her fighting for freedom, she expressed one all too real and all too jaded hope.

"I wish there was some law here, or some protection. Having been in their service so long as a detective I still find myself scrutinizing them. There is that sinister expression about the eye...with a little whiskey in them, they dare do anything."