Juneteenth is celebrated on June 19th, the date Federal troops arrived in Galveston, Texas, and enforced the law ending slavery, which was mandated by the Emancipation Proclamation almost two years prior. Texas was the last state to uphold slavery, and it wasn't until June 19, 1865, that the final enslaved people there were granted their freedom.

Juneteenth - A Letter From Roma, Texas

The film "Juneteenth" celebrates the emancipation of slaves residing in Texas.

Join the Launch of the Black Legacy Project on June 19, 2021

Take part in Juneteenth by listening to music, spoken word and readings marking important historical moments in Black History below.

A dramatic reading of the Emancipation Proclamation, which paved the way for the abolishment of slavery and served as a rallying point in the midst of the Civil War.

The song become one of the best known African American spirituals. It has been recorded by Paul Robeson to Johnny Cash, from Fats Waller to Eric Clapton.

A Brave and Startling Truth

Produced by:United Nations
Maya Angelou reads her poem "A Brave and Startling Truth" which she wrote in commemoration of the UN's 50th Anniversary, in 1995.

Tell us about your hero
Credit: MH

The following stories highlight heroes who were integral to winning the Civil War, which resulted in the abolition of slavery.

By: Donna from Cal State Fullerton
Frederick Douglass courageously spoke out against slavery and became a trusted advisor to Abraham Lincoln.

My Hero in A Hat: Abraham Lincoln's Heroism

By: Ravyn from Fredericksburg
Learn more about how President Abraham Lincoln's morality, passion for equality, and humility in creating the Emancipation Proclamation make him a hero.

By: Jane Wallace
An abolitionist and Union supporter, Mary Richards Bowser became a black spy in the Confederate White House of Jefferson Davis.

Committed's version of the "Black National Anthem" as they commemorate Black History Month. 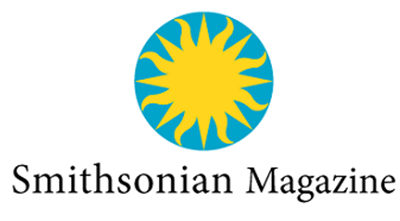 Two and a half years after the Emancipation Proclamation, American slavery came to an end and a celebration of freedom was born. The history of Juneteenth acknowledges hard history while also empowering students to be advocates for change.