Water scarcity, food shortages, and famine are three of the key problems facing the world today and are significantly interrelated. Some of the world's most impoverished areas are those worst stricken by these issues, perpetuating a growing cycle of poverty and despair.

In some regions, water shortages are so significant that they are considered crisis-states. For example, it is "estimated that eight million South Africans currently have no access to potable water, and environmentalists warn that if conservation efforts are not increased, the country may run out of water altogether by 2030!" In fact, only 15 percent of the world's population lives in relative water abundance.

Although other factors such as low or varying rainfall percentages, lack of wetlands conservation, and river polution play into consideration, population growth can also be blamed for a great percentage of the fresh water depletion, as conventional agriculture alone is said to account for 70% of all water used and is considered generally wasteful and inefficient.

Even those areas which currently do not appear to be suffering the direct effects of these issues inevitably will at some point in the future, as water is a non-renewable resource that eventually will be depleted, particularly so if not better managed.

In areas where water is scarce, many also fall victim to grave illnesses from drinking water unfit for consumption. To someone desperately thirsty, though, drinking this unsafe water is perhaps worth the gamble as water is essential for life. The decision is costly, though, as each year millions of children and adults die from water-borne diseases.

Water scarcity varies by region. While deserts -- many of which are steadily expanding into formerly fertile areas through an alarming process of desertification -- and other drought-stricken areas continue to thirst for rainwater and natural springs for drinking and growing crops, coastal regions, while evidently near large bodies of water, are stricken in a different manner. Those regions have access to salt-water that is undrinkable as well, and in the case of land-intrusion, contains saline, further reducing crop-growing ability in the region. Likewise, ironically, some of the world's most arid states are coastal! 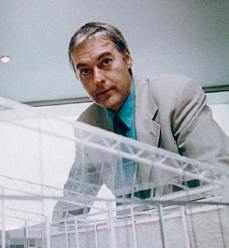 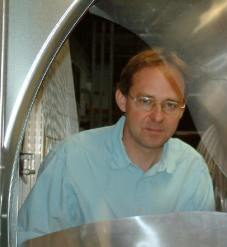 The brilliant minds at Seawater Greenhouse, located in London, England, have been working hard on the greenhouse project since 1991, to provide a low-cost solution to one of the planet's most desperate needs.

The unique process they have created uses seawater inside a greenhouse to recreate the hydrological cycle. In simple terms, "solar heat is collected from the roof of the greenhouse and fed into a distillation process that produces freshwater." Using simple, cost-efficient, and yet thoroughly scientific construction, the process ultimately produces cool air and fresh water.

Unlike the Seawater Greenhouse which is driven by solar energy, conventional desalination techniques require large amounts of energy, typically garnered from fossil fuels. This further taps into already depleted energy reserves, and consequently is not considered a long-term, sustainable solution. Also, because the greenhouse is powered by solar energy and not fossil fuels, this process of desalination is considered MUCH less expensive, and likewise, a more reasonable solution for areas of lower financial resources.

Currently implemented near Muscat, Oman in collaboration with Sultan Qaboos University, the horticulture greenhouse serves as the first of its kind for the region. In a project similar to the horticultural greenhouses, the Seawater Greenhouse team is integrating cooling and distillation to the harbour area of Las Palmas de Gran Canaria in the Canary Islands. The same hardware collects the solar energy while providing shade and cooling for the buildings and surrounding areas, eliminating the need for energy-gobbling air conditioning units.

The greenhouse's process of distilling fresh water from seawater and of cooling the general growing environment allows crops to grow in previously unfavorable locations, and provides fresh water from a previously undrinkable source! Equally important, it has the potential to become a sustainable worldwide operation for resolving two of the most unsettling issues for arid coastal regions -- food and fresh water supply scarcity.

Seawater Greenhouse - is a unique concept which combines natural processes, simple construction techniques and mathematical computer modelling to provide a low-cost solution to one of the world's greatest needs – fresh water.
The Tech Museum Awards - celebrate innovators using technology to make the world safer and healthier, more prosperous and just. Seawater Greenhouse was selected as a 2006 Intel Environment Award Laureate.