Share the importance of Black History Month with your students. Bring classrooms to life with MY HERO's Multimedia Resources and Lesson Plan for Teachers. Includes discussion guide and learning outcomes.

This documentary tells the story of William D. Matthews, , abolitionist, and Civil War veteran, who assisted African-Americans escaping from slavery using the Underground Railroad, and led troops to victory, as the first African-American officer, in the Civil War.

1. What were the contributions of A. Phillip Randolph, Bayard Rustin and A.J. Muste to the Civil Rights Movement?

2. What effect did the March for Freedom in 1963 have on the rights of individuals? What still needs to be done to ensure equal rights for all?

3. William D. Mathews is an example of an unsung hero who fought for freedom. Who are other unsung heroes who have fought or are fighting for equal rights and freedom from discrimination? Consider sharing their story with MY HERO.

4. The students from Seaman High School produced the film honoring William D. Mathews. Students are encouraged to use this as an example of how to honor their hero through audio and images in film.

A film about John Lewis on citizenship and character: "To be a good citizen is to obey the rules...the laws. Unless those laws conflict with your conscience.

John Lewis was involved in the Civil Rights Movement as a young man and then later became a member the House of Representatives from the state of Georgia.

1. In the film Citizenship, Congressman John Lewis states when the laws conflict with our conscience, we have an obligation to disobey the laws. Do you agree or disagree with Lewis?

2. Were the civil rights activists of the 1960s successful in changing the laws by breaking the laws?

3. What character traits do you think a good citizen possesses?

4. As a student, what tools do you have in your power to affect laws in your country?

The following films, which were recognized at the MY HERO International Film Festival, are by young emerging African American student filmmakers.

Azomali Obisakin | In-Progress
A documentary short exploring the impact of racism on the lives of children and adults.

Trey Carlisle
Trey celebrates the best of humanity with this original hero anthem!

An expressionistic account of a devastating historical event by emerging filmmaker Gabrielle Gorman.

1. How do these films look back at history and also tell us about the African American experience today?

2. How do each filmmaker's personal beliefs and individual styles influence the content of each film?

3. How does racism still exist today?

Learn about Byran Stevenson and the Equal Justice Initiative.

Bryan Stevenson has been recognized across the globe for the work that he has done to address poverty and racial inequality.

Bryan Stevenson and Equal Justice Initiative litigate cases for the unjustly imprisoned and work to reform the justice system.

Amanda Gorman made history as America's First Youth Poet Laureate and read her poem "The Hill We Climb" at Joe Biden's Presidential Inauguration.

Learn more about Amanda Gorman by reading this story by Shannon Luders-Manuel.

Amanda Gorman: The Poet Who Healed a Nation

The Hill We Climb by Poet Hero Amanda Gorman

By: Giselle Villatoro
Breonna Taylor has become a national symbol against police brutality on the black community. She graduated as an EMT and was working to fight against the coronavirus pandemic. She was killed by the police while asleep during a raid of her apartment. The Black Lives Matter movement honors her memory and fights against injustices so that there are no more deaths of black people at the hands of the police.

By: Giselle Villatoro
The Black Lives Matter movement honors Ahmaud Arbery and fights for injustices against the black community at the hands of the police.

The historian Carter Woodson is known as the "Father of Black History Month." In 1926, he established Negro History Week. He chose the second week of February to coincide with the birthdays of Frederick Douglass and Abraham Lincoln. Half a century later, this observance evolved into Black History Month, which we celebrate the entire month of February.

By: Raven from Colorado

From Slavery to Speeches: Frederick Douglass

Frederick Douglass understood the power of stories. He wrote several autobiographies through his life, from slavery to statesman. He was a powerful advocate for the Abolitionist and Suffragist movement, and famous orator and writer.

Carter Woodson started the Association for the Study of African American Life and History because he felt the contributions of African Americans were "overlooked, ignored, and even suppressed by the writers of history textbooks and the teachers who use them."

In light of Woodson's quote, why do you think Frederick Douglass wrote multiple autobiographies? What might have happened if he did not write down his life story?

Students read the stories about W.E.B. Dubois and Katherine Johnson and watch the middle school-produced film, Katherine Johnson, the Human-Computer. Then consider the discussion questions.

By: Kyra from Ankara, Turkey

Her story was hidden for decades: Katherine Johnson plotted multiple flight courses for NASA, including the Apollo 11 spacecraft, the first spaceship to reach the moon. This story is available in text with audio.

Jasmine Blossom Martoglio | Batchelor Middle School
This is a documentary about Katherine Johnson and why she is an American hero.

1. Woodson thought the contributions of African Americans were overlooked, ignored, and even suppressed by the writers of history textbooks and the teachers who used them. How does Woodson's quote relate to the story of Katherine Johnson, and the title of the movie about her, Hidden Figures?

2. Martin Luther King, Jr. said "history cannot ignore W.E.B. Dubois." Based on your reading of the story, what do you think King meant by his statement? Why is what he said true or not true?

3. What can we do today to  keep stories from being overlooked, ignored or suppressed?

Additional stories of black heroes in history across disciplines

By: Sebastian Ruiz
James Baldwin was a highly influential author of the Harlem Renaissance.

By: Jesse Zaragoza
Tommie Smith, John Carlos, and Peter Norman, who were part of the 1968 Olympic team in track and field, raised their fists during the US National Anthem in support of civil rights.

As students recognize the contributions of individuals to the abolition of slavery and civil rights movement, they will develop critical thinking skills. Students will identity civil rights leaders who inspire them. Students are encouraged to stand up for their rights and the rights of others, both in their community and globally. 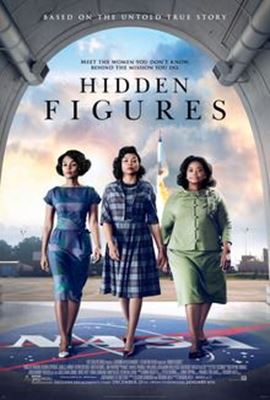 15 great movies for kids and families for Black History Month

From USA Today: celebrate Black History Month by watching these movies that depict the lives of African-American heroes and the ongoing quest for greater human decency.

Timeline of Black History from Infoplease

Mission: "Infoplease is a reference and learning site, combining the contents of an encyclopedia, a dictionary, an atlas and several almanacs loaded with statistics, facts, and historical records. The content is written and edited by professional editors, and the site has received numerous awards and accolades since launch. Parents, teachers and librarians turn to Infoplease for information on an array of topics, including current events, pop culture, science, government and history. " 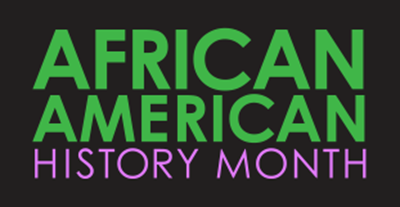 A joint tribute from The Library of Congress, National Archives and Records Administration, National Endowment for the Humanities, National Gallery of Art, National Park Service, Smithsonian Institution and United States Holocaust Memorial Museum to the generations of African Americans who struggled with adversity to achieve full citizenship in American society.

Mission: "(1) To preserve, present, and interpret African American history and to engage a broad and diverse audience through these activities. (2) To promote an understanding among various groups that comprise the St. Petersburg community to enhance our ability as a society to respect, value diversity, and foster equal rights and social justice." 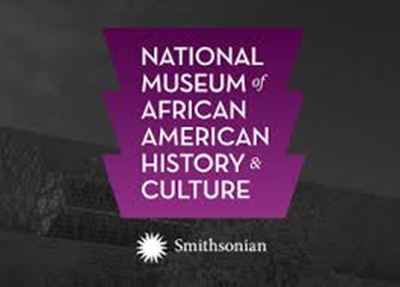 The National Museum of African American History and Culture opened Sept. 24, 2016, on the National Mall in Washington, D.C. Occupying a prominent 5-acre location next to the Washington Monument, the nearly 400,000-square-foot museum is the nation’s largest and most comprehensive cultural destination devoted exclusively to exploring, documenting and showcasing the African American story and its impact on American and world history.

America’s Largest Classroom
As America’s largest classroom, PBS is available to all of America’s children – including those who can’t attend preschool – and offers educational media that help prepare children for success in school. PBS is committed to bringing the power of media into the classroom - helping educators to engage students in new and different ways.

Even More MY HERO Resources to Use in the Classroom

And the easiest, quickest way to make a difference in the world is to sign the MY HERO Guestbook