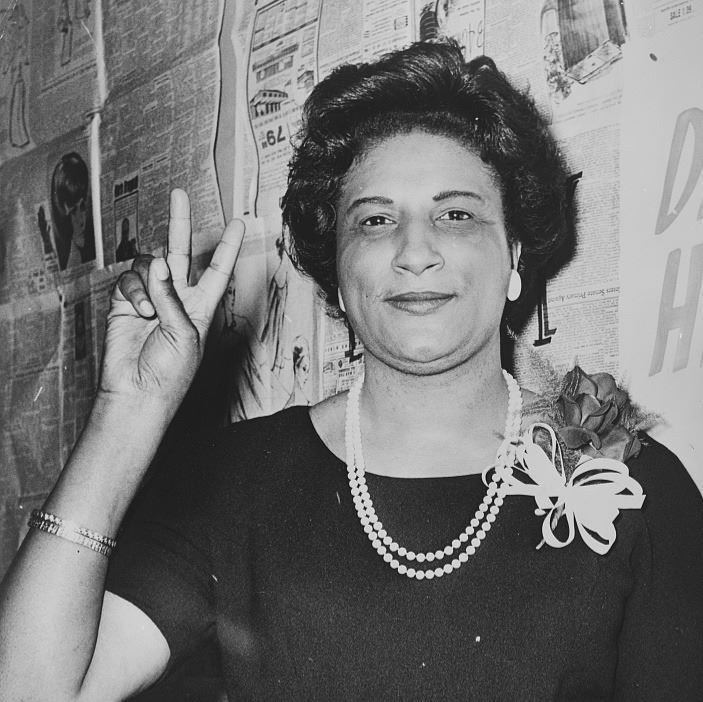 She never really looked the part. Ever dignified in her pressed suit and pearls, Constance Baker Motley was one of America's most effective, least known Civil Rights revolutionaries. Baker Motley happened to start work for the legal division of the NAACP, just as the Jim Crow era in the United States was about to blow wide open. Though she was fresh out of law school, Baker Motley helped write the Supreme Court brief for Brown v. Board of Education. The NAACP was not really prepared for a win. In a unanimous decision in 1954, the Supreme Court ruled that racial segregation in American schools was no longer legal.

As Baker Motley later said, "A revolution had erupted that we had not expected. Brown's biggest effect was psychological. I think that black people viewed the Supreme Court like the Supreme Court was on our side -- that they had decided to end all segregation. We found ourselves stretched pretty thin."

Baker Motley would spend the next twenty years keeping up with all the protests, solidifying the social doctrine in court and springing the principals out of jail. There would be Rosa Parks, the Freedom Riders, The Little Rock Nine, James Meredith's admission at Ole Miss and Reverend Martin Luther King who perpetually needed a lawyer. Baker Motley would become the first black woman ever to argue before the Supreme Court, and she won 9 out of the 10 cases she brought before them.

All these accomplishments sprang from a woman born to a poor, striving West Indian family with 12 kids. As a child, Constance attended integrated schools in New Haven, Connecticut. Her first run-in with Jim Crow was being denied access to a public beach at age 15. At the same age, in a black history course, she read a book by Abraham Lincoln who said the one of the hardest jobs he knew was being a lawyer. That sealed it. Young Constance decided then that an attorney was what she was going to be.

Her family would never rise above poverty. Her dad was a chef at the Yale University dining clubs. She said the family gratefully survived the Depression on the rich Yale students' table scraps. There was no family money for college and her mother's aspirations for Constance ended at hairdresser. Her father had no ambition for her. Her own dreams were laughably dismissed. 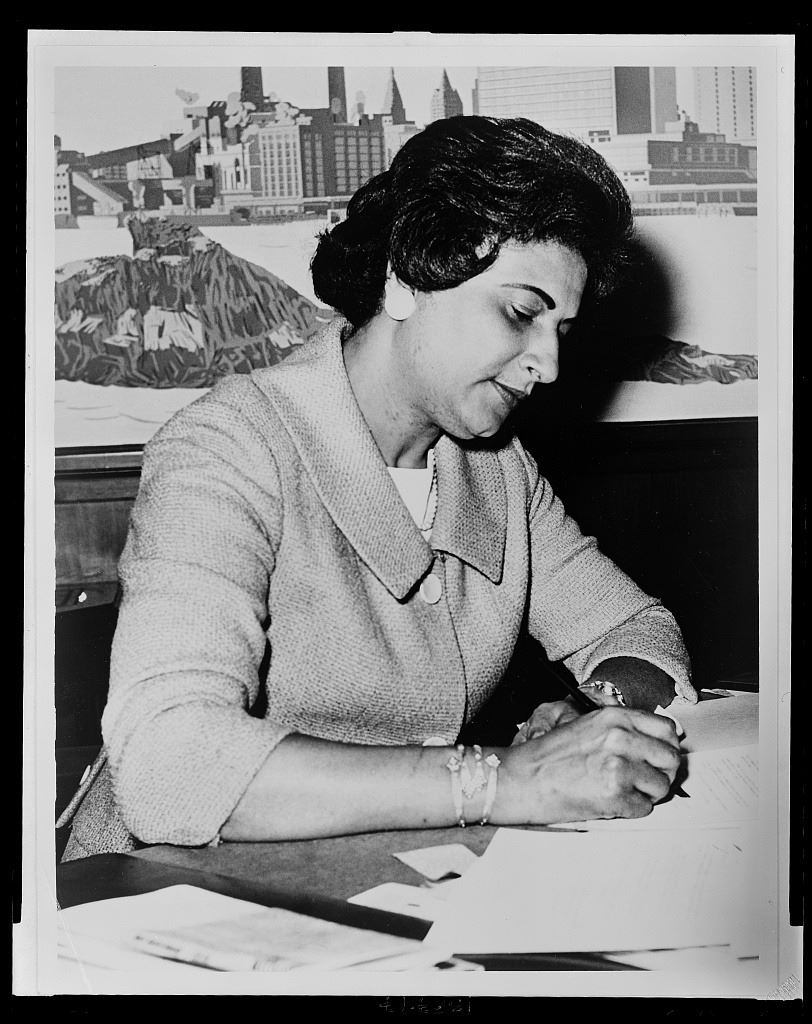 Constance launched adult life as a housemaid. She moved on to the National Youth Administration. A local businessman happened to hear her giving a community speech one night and offered to pay for her full education. Baker Motley described that good fortune as "something like a fairy tale". She put that gift to great use. Her boss and mentor at the NAACP was future Supreme Court Justice Thurgood Marshall. Lady lawyers were hard to find in the late 1940's, and Marshall had an oddball theory that women lawyers were somehow safer in the segregated, violent South. So he assigned ever determined, tough Baker Motley everywhere. Though her real brilliance (and purpose) lay in meticulous legal preparation that would hold up in front of even the most racist judge, she never backed down from the rough stuff. In fact, she viewed the integration of Mississippi as the last battle of the Civil War.

There was no shortage of indignities surrounding Baker Motley on every trip down South. Some towns in Alabama and Mississippi were so hateful, Baker Motley had to be surrounded by armed guards. She's said (with only a half smile), that Martin Luther King was always on hunger strikes because the food in the jails was so horrible. When local women dropped off better meals, it was impossible to see the food for the flies - "thousands of flies you couldn't believe places like that really existed" - and the stench nearly blew me back out the door". Still she seemed to look past the hardship each time, concentrating on the case. Constance Baker Motley was on vacation when the March on Washington rolled around in August 1963. She was tired and wasn't going to go but she changed her mind at the last minute, thinking nobody would show up and she should at least fill a seat. When she arrived, she saw a TV reporter predict a turnout of maybe 2000, then 4,000 then 10,000 people. Ultimately 25 times that number filled the Washington Mall to hear Martin Luther King deliver the "I Have a Dream" speech. Baker Motley knew there would be no turning back now.

"People came from everywhere. I realized my God, this thing has really taken hold. I guess I was just too close to the forest to see the trees. I had no idea that we would have that response. Just plain ordinary people were there who'd never really done anything like that in their lives. They were just that moved by the times."

She accurately predicted in 1998 that "racism will follow and bewilder us into the next century", and it has. But she was pretty certain that after battling racism for 40 years, Constance Baker Motley had more than done her part even if she was under-acknowledged and a little before her time. She'd changed America for anyone born after 1954, and she enjoyed taking some pride in how far she'd come.

"I know there are a lot of young black people who view me as a kind of role model," Baker Motley told an interviewer.
The interviewer asked, "And you're glad about that?"
Baker Motley replied; "Of course" and broke into a beaming hard-earned smile.