Photo: Ferdinand Schmutzer [Public domain], via Wikimedia Commons
When he was four and sick in bed, Albert Einstein’s father gave him a magnetic compass. Albert practiced turning the compass every which way, soon becoming fascinated by the new toy. No matter which way he turned it, the needle would always point in the same direction, much in the way Einstein’s genius and fascination with nature pointed him toward a life of scientific discovery.

Einstein’s mother introduced him to music, and he became a fine violinist. He also excelled in mathematics; at 11 he studied Physics at the university level. But he was an independent thinker and hated the regimentation of the German school system. To Albert, schools were like barracks and teachers like military commanders. When he was sixteen he renounced his citizenship in order to avoid joining the German army, and moved to Switzerland. Einstein sought enrollment at the renowned Zurich Polytechnic but did not pass the entrance exam as a result of his poor French. However, after a year of reading on his own, he passed the exam and spent four years studying math and physics at the Polytechnic.

Einstein had trouble finding an assistant professorship, in part because of the pervasive anti-semitism in Europe at the time. Finally, in 1902, he accepted a position with the Swiss Patent Office in Bern reviewing patent applications. While there, he wrote papers that would revolutionize the study of physics.

One of these papers was developed from an essay he wrote when he was 16. This 1905 publication is known as the 'Special Theory of Relativity.' It introduced an entirely new concept of time and motion. As a mathematical addition to this theory, Einstein introduced his famous equation, E=mc2, which he called 'energy-mass equivalence'.

As a result of his 1905 papers, Einstein was regarded as the rising star of theoretical physics. Towards the end of 1913, he was invited to Berlin where he was offered a job at the University of Berlin free of teaching obligations. He did exactly what he wanted to do: theoretical research.

Albert EinsteinIn 1916, about halfway through the First World War, Einstein published his famous General Theory of Relativity. In this new theory, one of the main predictions was concerned with the deflection of light in a gravitational field. This prediction was tested during the May, 1919 Solar Eclipse by two British Astronomer eclipse expeditions. The results from these expeditions agreed with Einstein's theory, and laid the foundation for Einstein's world fame; he became an overnight celebrity. In November 1921, he was awarded the Nobel Prize for Physics.

His theory of relativity, however, was still controversial. One winter while Einstein was abroad, a group of anti-semitic German physicists rejected the theory of relativity as an erroneous Jewish theory. At that time, 2,000 books were burned outside the opera house in Berlin. To them Albert Einstein was not a celebrated genius; he was a pacifist, an anti-German, and a Jew!

During the 1930's, Einstein spent several winters in the United States as a visiting professor at Caltech. In 1933, while he was abroad, Hitler came to power in Germany. That same year, Einstein accepted a permanent appointment at the Institute for Advanced Study at Princeton, and in 1941, he became a United States citizen.

Einstein surrendered his lifelong pacifism in 1939, when he wrote a letter to Franklin D. Roosevelt encouraging the President to begin atomic weapon research. He felt uneasy about the rise in power of Nazi Germany and was told that German physicists had split the uranium atom. A citation like this could create a nuclear chain reaction permitting large amounts of radium elements and huge amounts of energy to be produced.

After the attack on Pearl Harbor, some research and production with a U-235 gun-type bomb took place in Oak Ridge Tennessee. Then, in mid-1942, on a mesa at Los Alamos New Mexico, the Manhattan Project was in full swing. This project was headed up by USC Physicist, Dr. J. Robert Oppenheimer. Out of 75,000 workers, most of them did not know they were working on history's most sensational secret. The real objective of this project was known only to about a dozen people.

It was on March 25, 1945 that Einstein sent a second letter to President Roosevelt warning him of the cataclysmic and destructive outcome that would result if an atomic bomb were ever actually used. President Roosevelt died on April 12, 1945 and the letter lay on his desk, unopened!

The first atomic bombs were successfully tested in July, 1945. Then on August 6th, 1945, an American plane dropped a bomb onto the Japanese city of Hiroshima, killing or injuring 140,000 people. Three days later on August 9th, the Americans dropped a plutonium bomb over Nagasaki, killing 60,000 men, women and children.

When Einstein heard of the massive death and destruction, he put his head in his hands. “I could burn my fingers that I wrote that first letter to President Roosevelt,” he said. Einstein was burdened by the misuse of that which he loved the most, a mathematical expression of nature. To his friend Linus Pauling, another famous scientist, Einstein said: “I made one mistake in my life when I signed that letter to President Roosevelt advocating that the atomic bomb should be built. But perhaps I can be forgiven because we all felt that there was a high probability that the Germans were working on this problem and would use the atomic bomb to become the master race.”

On April 18, 1955, Albert Einstein, one of the greatest natural philosophers of all time, died, leaving behind a legacy of thought-provoking scientific theories. Even now physicists continue to explore the theories created by this brilliant mind. In October, 2000, NASA launched Gravity Probe B into orbit in order to test two key predictions from Einstein's General Theory of Relativity.

Einstein sought in science what artists seek in art. Einstein attempted to escape from the gloominess and terrors of society by connecting with the whole universe. Einstein wanted sense and beauty in the physical world. “God does not play dice with the Universe,” he was once quoted as saying. In making formulae out of the underlying principles of nature, it seems that he hoped to find a hidden design that would somehow reassure him of the beauty and artistry of the world.

Why Does E=mc2? by Brian Cox and Jeff Forshaw

Comments from Other Visitors

"Peace cannot be achieved through violence, it can only be attained through understanding." Albert Einstein

Albert Einstein is a true science hero, not only because of his genius and physics theories, but also because of his philosophy and compassion for the universe and its creatures.

Einstein's groundwork in physics made possible technology as we know it today, from the space shuttle to the Internet we're using right now. While it may also be said that his work led to the development of nuclear warfare, he himself was a peaceful man.

Albert Einstein is truly the father of modern science.

Albert Einstein was a scientific genius, but he was so much more. Besides his discovery of nuclear fission, he was a pacifist who agonized over his part in the creation of the nuclear age.

A poem by Richard Duffy

While sipping a cup of coffee with thoughts of Einstein, my mind went aloft, as you can readily see:

With his divine and ordained intellect, man can,
while infiltrating and sifting through, the galactic
phenomena which lies abode within our cosmic
enterprise, solve the riddle of reason.

And let the pestilence, that which man hath
created, be that of politics and big business;
he pulls us into his web-the etiology of his
greed-and it shall cease to exist, and man shall
once again, come together in that moment
of peace; peace unto God's Universe.

For it is not without reward that man, in doing so,
will, reap the harvest from the trees of the past,
and uncover the solution-the truth-that lies abode
in the cosmos. The truth is there, but we must reach
out, beyond ourselves, and touch the reality that lives. 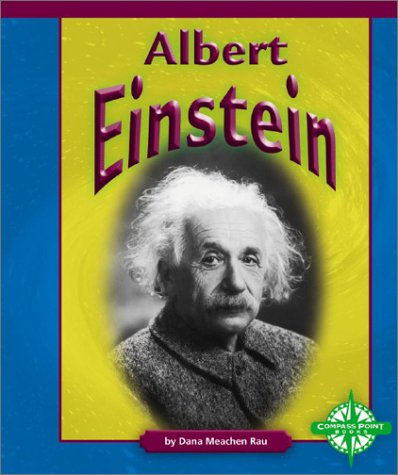 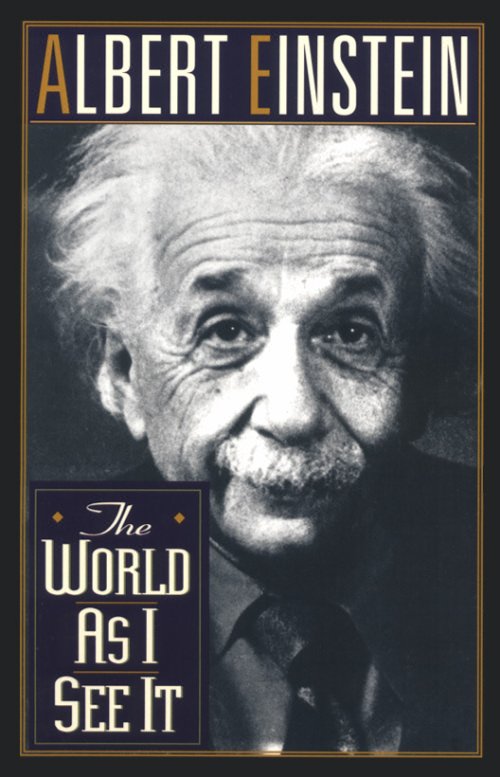 The World As I See It
Albert Einstein 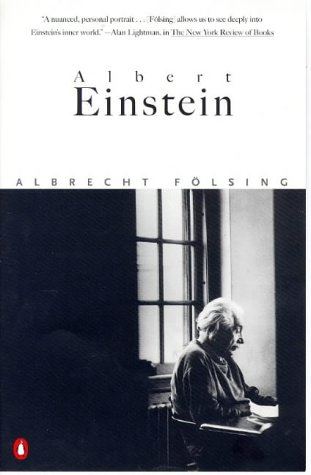 Albert Einstein: A Biography
Albrecht Folsing, Translated from the German by Ewald Osers

Albert Einstein and Relativity for Kids: His Life and Ideas with 21 Activities and Thought Experiments (For Kids series)
Jerome Pohlen