by Victoria Davis from Virginia 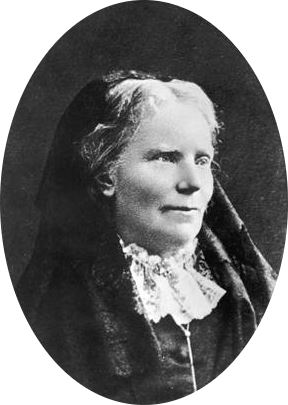 Elizabeth BlackwellUnknown photographer [Public domain] via Wikimedia CommonsWith her perseverance and determination to accomplish any goal she had in mind, Elizabeth Blackwell was the first woman to receive a medical degree. She grew up in a family full of anti-slavery and women’s rights activists, so she always had the support she wanted to achieve her dreams. All the female members of her family were teachers, including Elizabeth Blackwell, but her inspiration to become a doctor came after the death of a dear friend who told Elizabeth that she wished her doctor was a woman. After her friend’s death, there was nothing that was going to get in the way of Elizabeth’s perseverance, determination, and her dedication to opening opportunities for others.

Elizabeth Blackwell showed perseverance and determination through all the hardships and rejections throughout her life. Following the death of her dear friend, Elizabeth Blackwell got right to work on her first step of becoming a doctor. She began to be mentored by physicians that her family knew and applied to many medical schools. All of her applications were followed by numerous rejections. She applied to over twenty medical schools before she was finally accepted to Geneva College in New York as a joke. “In any event, from that supposed joke came Elizabeth’s opportunity, which she seized with determination and ultimate success” (Russo). There she was persecuted and discriminated against because she was a woman, and she wasn’t given the same opportunities as her male classmates. She was seen by society as a woman that was not abiding by the role of her gender, which in the mid-1800s was not something that could happen and therefore was not accepted. This, however, did not stop Elizabeth, and she persevered through it all, finishing medical school and graduating at the top of her class. She fought her way through medical school, but her next challenge was finding a hospital or clinic that would employ a woman.

Elizabeth Blackwell started working in clinics in London and Paris, but because she was a woman she was secluded to midwifery or nursing. There she contracted purulent ophthalmia from a patient and lost her eye, but that did not stop Elizabeth. She was determined to expand her opportunities in the medical field, so she moved back to America from Europe, and with the help of some of her friends opened the New York Infirmary for Women and Children. "A blank wall of social and professional antagonism” (Blackwell): This is how Elizabeth described the opening of her clinic. People were opposed to this idea of a woman being in control of a clinic. After more hard work, the clinic eventually took off. This medical facility was completely made up of female doctors and built for the treatment of women and children. Her sister and one of her close friends were able to work in this medical facility alongside Elizabeth. Being denied an actual medical job after college, Elizabeth Blackwell, through her stubbornness and determination, found an opening in the wall that was blocking her medical career. She opened her own medical facility where she could practice medicine without interference.

Opening opportunities for women in the medical field has made Elizabeth Blackwell a hero to all. She paved the way for other women to have an easier time obtaining a medical career. “She supported medical education for women and helped many other women's careers. By establishing the New York Infirmary in 1857, she offered a practical solution to one of the problems facing women who were rejected from internships elsewhere, but determined to expand their skills as physicians” (Crassus). She fought her way into college and started her own medical clinic, where she was able to provide women with medical careers they wouldn’t have otherwise gotten. Elizabeth fully supported the education of women in the medical field. She opened The Woman’s Medical College of the New York Infirmary, which was built to provide a place for women to become educated on medicine. Both Elizabeth Blackwell and her sister taught here. She prevented women from having to go through all the denial and rejection from all the medical colleges she applied to and opened doors for them to receive a medical education without discrimination because they were women.

Elizabeth Blackwell was not only a hero in the sense that she was determined and persevered throughout her life, but also that she opened doors and opportunities for women during the mid 1800s that those women may have not had. She broke the social norm and was dedicated to gaining a medical career no matter the cost. After her education she made it a goal to open opportunities for women and share all the medical knowledge she had gained. Elizabeth Blackwell left a mark on this world that would never be forgotten. She spread this idea that if someone puts their mind towards something, it is bound to happen through hard work and determination. She was a female-rights activist and showed her support for this movement by proving that women can have a successful career when given the opportunity.

National Women's History Museum - The NWHM's mission is to tell the stories of the women that transformed the United States. It is one of the largest online cultural institutions dedicated to US women’s history.