MY HERO celebrates women and girls in Science, Technology, Engineering and Mathematics (STEM).

Teachers: Visit the free MY HERO Lesson Plan for International Day of Women and Girls in Science.

Get inspired by these short films celebrating women in science!

A late bloomer, botanist Ynes Mexia enrolled in college at the age of 51. She led expeditions, including in the Amazon rainforest, discovering 500 new species of plants.

Jasmine Blossom Martoglio | Batchelor Middle School
This is a documentary about Katherine Johnson and why she is an American hero.

The Secrets of the Universe features Dr. Santona Ruli, a student of nuclear physics who shares about her involvement with CERN. PASSWORD: k2commu008

A Woman's Place is in the Lab

Sylvia Earle is changing the face of marine biology.

How One Environmentalist Changed Our World: Jane Goodall

Dr. Jane Goodall, named a UN Messenger of Peace, has been studying wild chimpanzees for over half a decade.

Valentina, First woman in space by MaRiana from US

By: Mariana
Valentina, First woman in space celebrated by Mariana

By: Paul from San Diego

Although known for her acting, Hedy Lamarr was a respected inventor whose selflessness and hard work made her a hero during WW2.

By: Amanda Botts
Sally Ride is an astronaut, physicist, and was the first American woman to travel into space.

By: Alyssa from Ohio
Judith A. Resnik inspired others with her determination to become a scientist and an astronaut.

Mae Jemsion is a retired NASA astronaut who was the first African American woman to travel in space.

Women and Girls in Science: Hero Stories for Younger Readers

A middle school student shares her science hero: her sister, who has a PhD in Biomedical Engineering.

By: Staff
Marie Maynard Daly was the first Black American woman to earn a PhD. in chemistry

Nancy founded the Kelp Fest in 2009 in order to help local communities better understand and appreciate the kelp forest.

Marie M. Daly became the first black woman in the United States to earn a Ph.D. in chemistry. She worked on chemical processes in living organisms

By: Kyra from Ankara, Turkey
Her story was hidden for decades: Katherine Johnson plotted multiple flight courses for NASA, including the Apollo 11 spacecraft, the first spaceship to reach the moon.

By: Jennifer Lauren Lee
Andrea Mia Ghez is an astrophysicist best known for her discoveries about the black hole at the center of our galaxy.

Thanks to a grant from the Alfred P. Sloan Foundation, MY HERO has been able to increase the number of science profiles on the Web site, including women and underrepresented minorities.

International Day of Women and Girls in Science 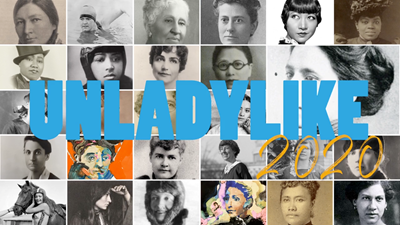 President and CEO of the New York Hall of Science (NYSCI), Margaret Honey led the organization to adopt Design-Make-Play, a strategy to promote STEM engagement and learning.

The largest free resource of its kind dedicated to increasing access to authentic and relatable images of real women in STEM.

Here in this digital library, you will find thousands of photos, videos and other assets that authentically represent women in the fields of science, technology, engineering, and math (STEM).  The content features careers as diverse as shark tagging, fashion design, and training Olympic athletes, and nudges public perceptions in a more realistic direction that illuminates the importance of STEM everywhere.