JUNE 7, 2018 – LAGUNA BEACH, CA - Gwala Rising in the Bwanabwana Islands, a film directed by Stephani Gordon for Conservation International, was given the prestigious Sylvia Earle Ocean Conservation Award Saturday night at the 2018 HERO Fest in Laguna Beach. The award, which is presented each year, honors a short film that showcases heroes working to protect the world's oceans. Gwala Rising in the Bwanabwana Islands features the people of Anagusa, an island of Papua New Guinea, who honor the tradition of gwala. When gwala is observed, a declining reef is temporarily closed to fishermen to allow the ecosystem time to recover from global warming, population growth and overfishing. By protecting an individual reef, the fish population flourishes and spills over into nearby areas where fish can be taken. The result is healthier ecosystem and greater prosperity for those who depend on it. 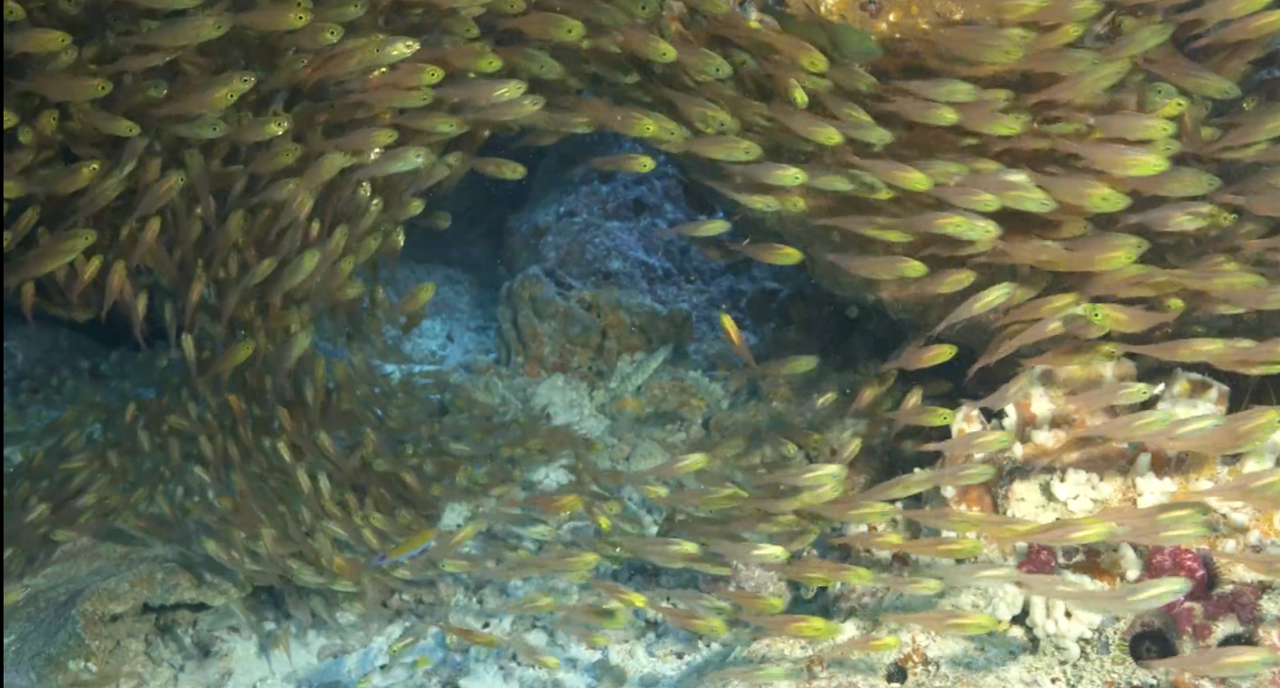 "Gwala Rising"Whitney Yadao-Evans, Niquole Esters, and Jennifer ShoemakerMacGillivray-Freeman's One World One Ocean Campaign sponsors the annual Sylvia Earle Ocean Conservation Award. This year's winner was selected by Meghan and Barbara, MacGillivray. One World One Ocean representatives Michaela Wolman and Shauna Badheka presented the award to Niquole Esters of Conservation International. Meghan MacGillivray said of the film, “Not only does it promote sustainability within a culture, as part of their heritage, but it resonates very much with one of our films, "Journey to the South Pacific" and the notion of "Sasi" or closing off fishing seasons, and then reopening them - allowing the fish population to comeback.”

Plasticized - In this trailer, from the film by producer Michael J. Lutman, we climb aboard the Sea Dragon with the 5 Gyres Institute, an organization that studies the impact of plastic waste on the world's oceans.

Antarctic Waters - This short documentary by James Muir offers insight into the animals and environments of the Ross Sea and Sub Antarctic Islands. 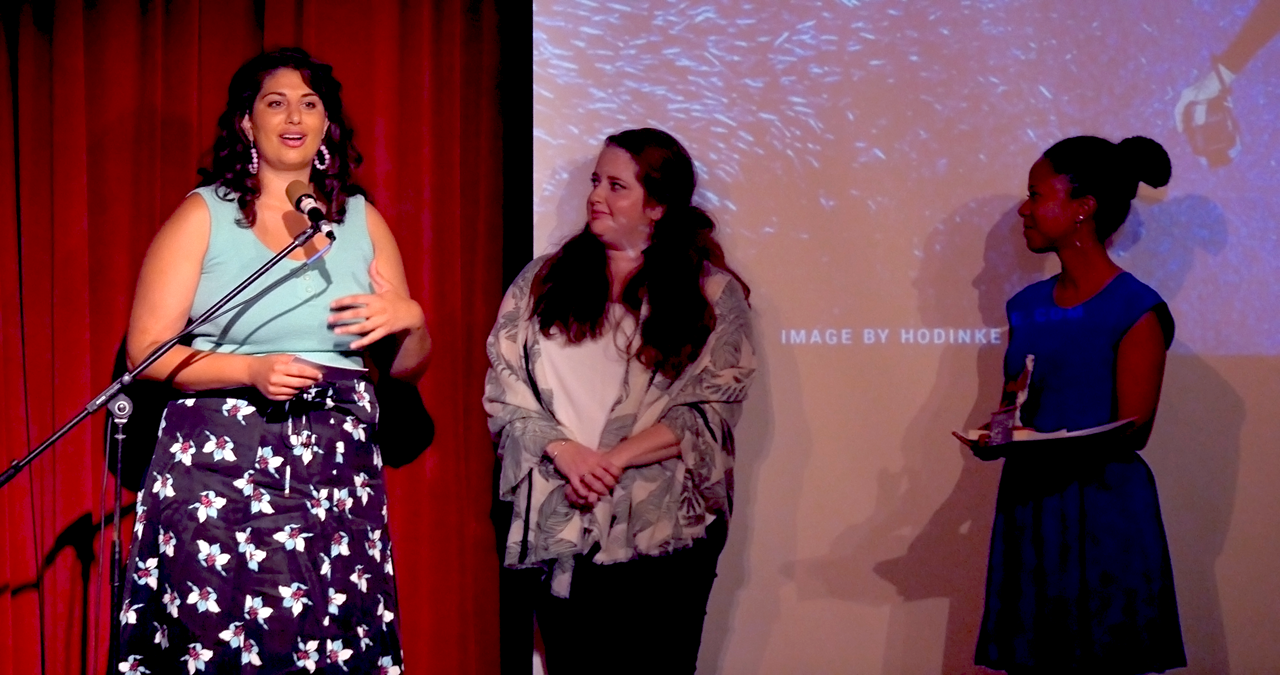 Award Presentation by &amp; Shauna Badheka (left) and Michaela Wolman (center) from MacGillivray Freeman Films - One World One Ocean present the award to Niquole Esters (right) from Conservation InternationalMY HEROBelow the Surface - The short film by Garrett Seamans shares stories of people who live by the sea and examines how the ocean shapes lives, character and community.

A Plastic Ocean - This trailer from a documentary by Craig Leeson investigates how society's addiction to plastic impacts the food chain, which affects the health of everyone on the planet.

The Map to Paradise - In this documentary trailer, filmmakers Danielle Ryan and James Sherwood examine how marine parks have been shaped by a global movement and how, even though our human footprint threatens the world we live in, there is hope. 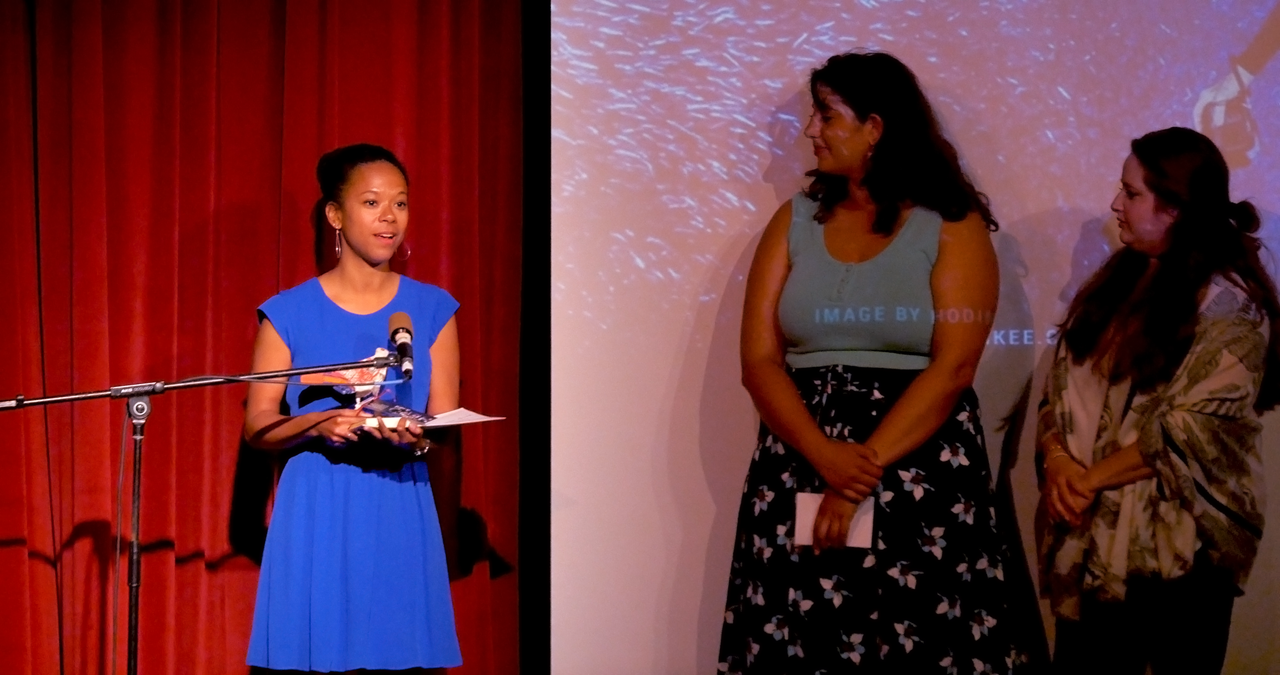 Niquole Esters (left) from Conservation International receiving the award from One World One Ocean representatives Shauna Badheka (center) and Michaela Wolman (right)MY HEROSubmissions are being accepted for 2019. For more information about The Sylvia Earle Ocean Conservation Award, please visit The MY HERO website or email Wendy Milette at [email protected]