by Wendy Jewell from Toronto, Ontario in Canada

against alienation and separation.

The choice to love is a choice to connect, to find ourselves in the other." 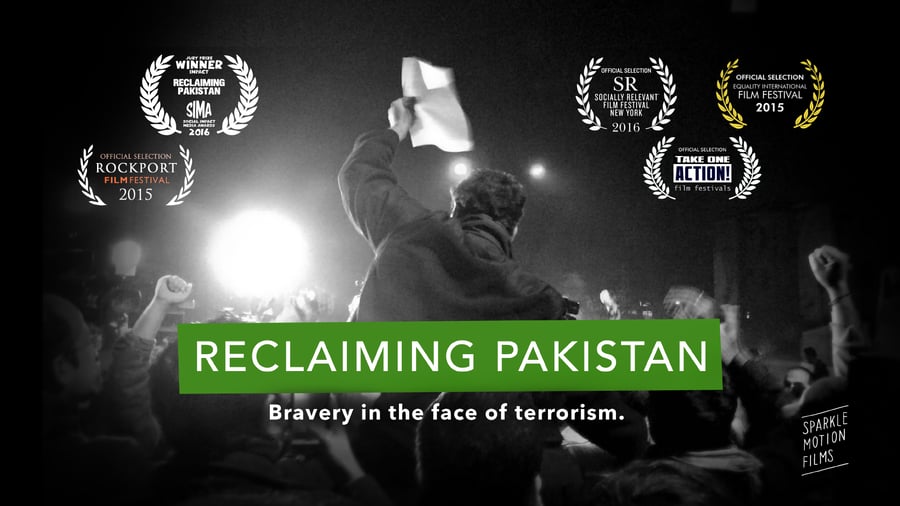 LISA DONATO just won BOTH the Dan Eldon Activist Award and the Ron Kovic Peace Prize at the MY HERO International Film Festival, for her powerful short film, RECLAIMING PAKISTAN. Wow. I pulled the lucky card of interviewing Lisa and I think you will discover, as I did, a pretty amazing human! She is a writer, director and activist whose films, including her short film RECLAIMING PAKISTAN, have won many awards and screened in hundreds of film, music and art festivals globally. Before diving into the world of independent filmmaking, Lisa had writing and producing credits for some pretty hefty organizations, including National Geographic Wild, PBS, Oprah Winfrey Network, and published in the LA Times, Curve Magazine Whole Life Times, as well as creating music videos. She co-founded the indy film studio, SPARKLE MOTION FILMS, where, according to their website: “They approach every story like it’s the last story they will ever tell. They have a magic-wand wish to create visual media that promotes equality, heals trauma, and inspires comedy in uncomfortable situations.” 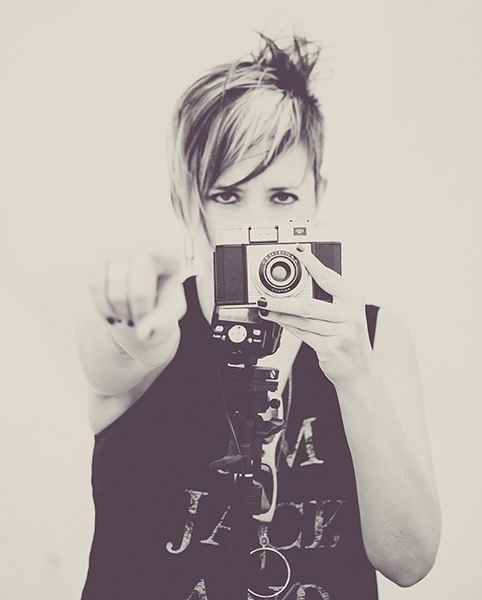 When researching Lisa, you realize she has had a very interesting and powerful journey and has overcome lots of obstacles that may have stopped those with a lesser will to succeed while remaining true to herself. Her film Reclaiming Power tells the story of Karachi-based lawyer, civil rights activist, Mohammad Jibran Nasir, who sparks a social revolution after almost 140 children were killed in the Peshawar Army School tragedy in Pakistan. This short documentary, narrated by Pakistani actress Fawzia Mirza, sheds light on the consequences of extreme religion and terrorism in Pakistan and offers hope to the nation’s seemingly bleak reality. Reclaiming Pakistan,  is unlike most of Lisa’s other films, that incorporate humour, but it’s story and the characters within need to be seen and their voices heard.

We caught up with Lisa Donato, for this interview, a few days before she will be in Los Angeles attending the 2017 MY HERO International Film Festival to pick up her awards, and I am sure give a rousing acceptance speech!

How did your childhood in Billings, Montana influence the path you have taken in life as a writer, director and activist

"Growing up close to the mountains and being surrounded by nature was very inspiring. My dad took me hiking every Sunday – his way of church – and put both hands on tree trunks and told me that he could feel the energy of the universe. I spent years organizing Earth Day events and canvasing for the Sierra Club. My parents were both environmental activists, artists, and film enthusiasts. They would bring home independent films and we would discuss and rate them for hours. Movies and TV were a huge part of my childhood. They gave me an escape from some very unpleasant experiences. I wanted to create something that had the same influence on other people who were going through a rough time."

How important is infusing comedy in your films?

"I learned the power of making people laugh at a young age. I recorded SNL every week, memorized the skits, and directed my friends to re-enact them at school. I would later write and act in my own skits until I found my voice. Comedy created connection and a safe place to discuss important issues like sexuality, identity, trauma, and mental health. So – it’s very important to me."

How did you meet and become such great friends/collaborators with Fawzia Mirza?

"I hired Fawzia for the lead role in my very first short film that I wrote and directed called Sugarhiccup. We had a spiritual and connective experience on set and I knew we would be creative partners for a long time. We share a somewhat manic and passionate drive to tell stories that make a difference while catapulting our talents to the next level. We’ve made three shorts and one feature together. Next week we are pitching a TV show. Fingers crossed." 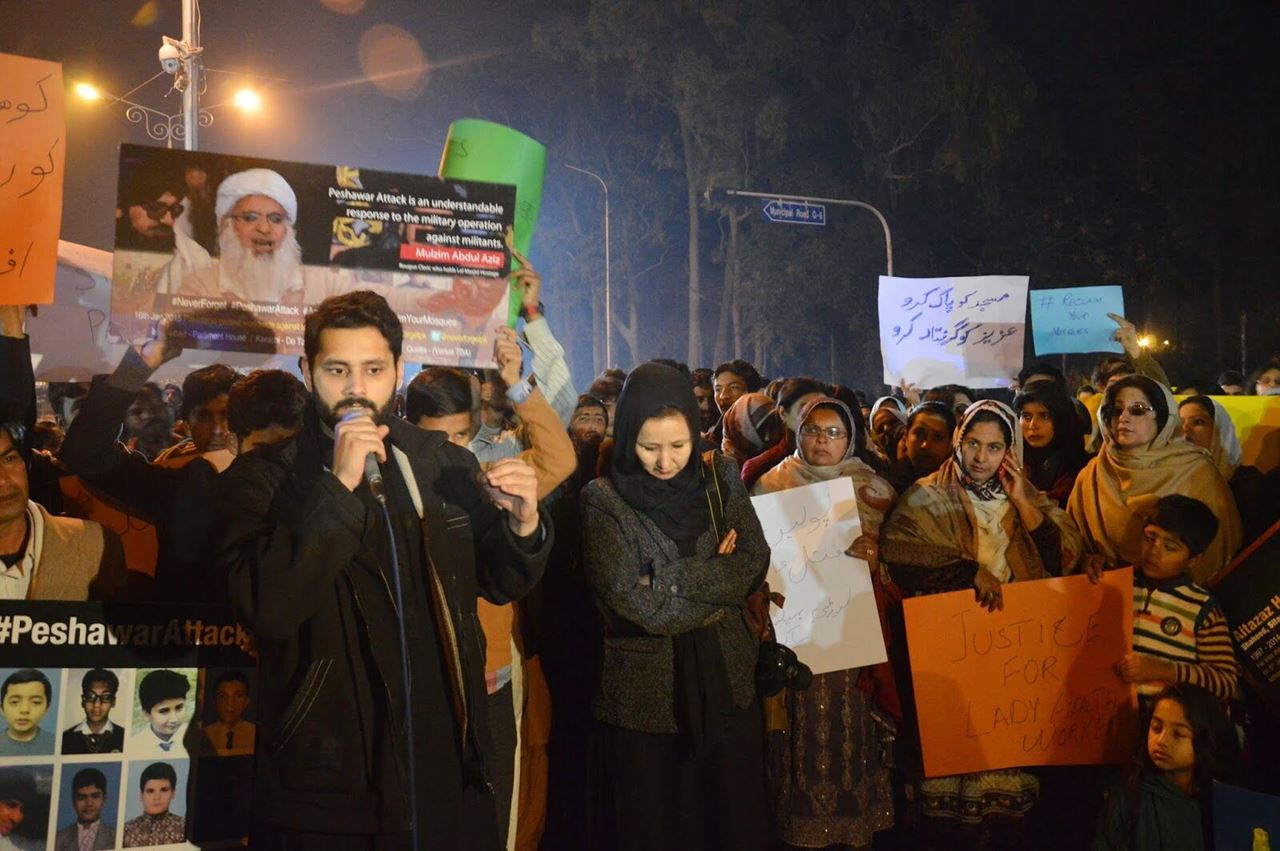 Mohammed Jibran Nasir is such a brave man, as we learn in your film, Reclaiming Pakistan, can you give us an update on how he is doing now? 2 years later?

"I love Jibran. After we finished the film, he stayed with me in Oakland and I filmed a few of his U.S. campus peace talks. He is one of the most inspiring people I’ve ever met and I continue to learn from his courage. He still runs Pakistan For All and Never Forget PK which focus on urging the government to shut down militant extremist groups. He works relentlessly as an advocate and educator for marginalized communities in Pakistan.

He’s now involved with a new organization, Elaj, a social welfare trust that seeks to promote, proliferate, and innovate modern healthcare solutions. It does everything from providing relief to victims of natural disasters (heatwave, flood, earthquake, etc.) to raising awareness about postpartum depression and women’s rights."

Who is your hero and why?

"My mom and Brené Brown. My mom because she has overcome a lot of adversity to become an influential, compassionate, real, sensitive, smart, and successful human. Brené Brown because she has dedicated her life to researching courage, empathy, shame and vulnerability. She’s the best solution for our world’s current spiritual crisis (IMO)."

Also, LOVED HEROIC… how did it come about and what has been the reaction?

"As a female screenwriter, I wanted to be an active participant in the conversation around “sexism in Hollywood.” There is a lack of gender equality in the entertainment industry. 80% of hired screenwriters are male and there is an 85% chance the scripts will go on to be directed by men. When writers introduce a new character, a WOMAN is usually described by her appearance and a MAN is usually described by his behavior or career. I created this video for International Women’s Day to spark more conversations about the lack of gender awareness and hopefully inspire screenwriters to write stronger female characters."

What has been your experience being a female writer-director-activist making movies within a very male dominated industry?

"As a director, I’ve had numerous experiences on set where male department heads will not look me in the eye when I ask questions. They will look for another male crew member to get final approvals. I’m an avid believer that change happens one conversation at a time, so I’ve had a lot of tough conversations. Sometimes adversity is an opportunity to transcend existing social constructs. These experiences have helped me step into my inherent power of creative leadership. I lead by working hard, respecting people and boundaries, and creating a safe environment. I love what I do and I’ve learned that passion is contagious. These qualities have nothing to do with gender."

DO you have any advice for those starting out to become filmmakers? Especially women filmmakers? And those in the LGBT community?

"Don’t wait to make things. Learn quickly from your mistakes and then make something else. Ask questions and take notes from your mentors. Love the story you are telling because this will be what takes you to the finish line. For women and LGBT filmmakers: use your niche communities to help you create a voice, following, and platform. Make your marginalized status work for you. The LGBT film community is the most supportive and loving and badass network of people I have ever known. Continue the pursuit to normalize and/or go mainstream with your stories – but don’t abandon the work and fight and lives it took to reclaim our queer identities."

If you had the attention of the world for 5 minutes, what would you do or say?

"Let’s stop finding connection in things we dislike about the world. Let’s find connection in things that inspire, drive, move, and invigorate us. Like tacos. I would love to coordinate a global, five-minute dance party. Everyone puts down their phones and just dances."

Thank you Lisa and Jabrin and Fawzia and everyone associated with RECLAIMING PAKISTAN for your courage and commitment to sharing this powerful story!

Updated: Lisa Donato at the 2017 MY HERO International Film Festival 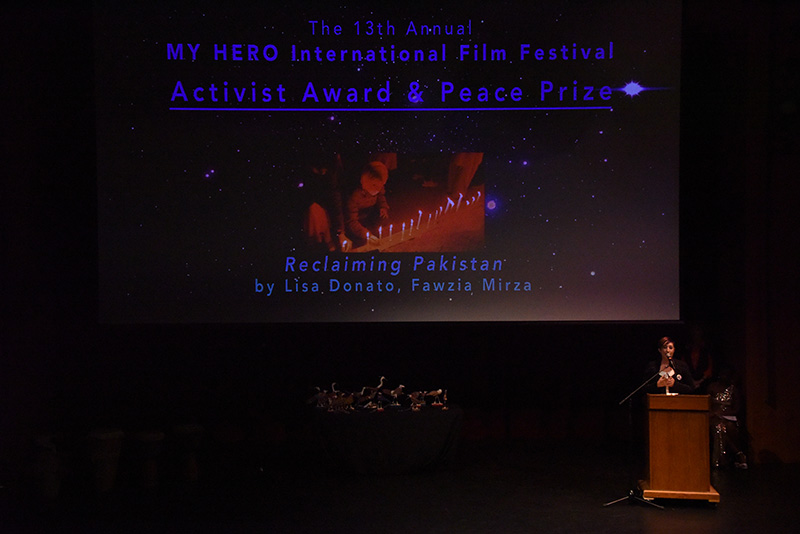 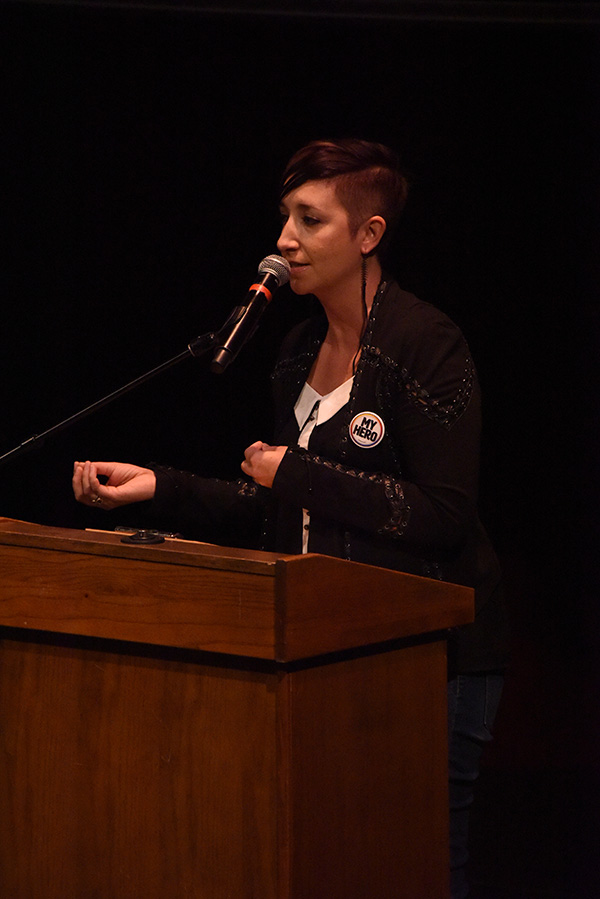 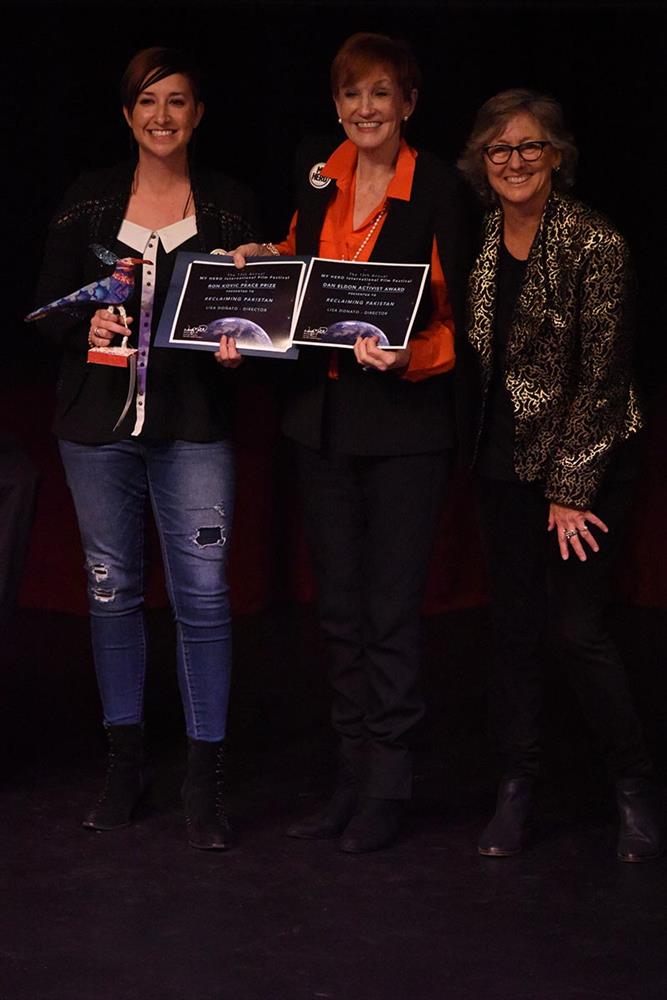 Lisa Donato - Official Website - Lisa Donato is a writer, director, and activist from Billings, Montana and based in Austin, Texas.
Pakistan For All - PFA is grassroots organisation that works to fight the spread of religious extremism and state fascism in Pakistan in all their myriad forms. Our aims are to defend and preserve the religious and personal freedoms of every individual in Pakistan as enshrined in the constitution and to be a frontline force against fanaticism.
Sparkle Motion Films - Co-founded by Lisa Donato and Jeffrey Schwinghammer - Sparkle Motion Films is an Austin-based independent film studio and video production company. They have a magic-wand wish to create visual media that promotes equality, heals trauma, and inspires comedy in uncomfortable situations. They approach every story like it’s the last story they will ever tell. They are curious about gender norms, queer relationships, the invisible woman, radical voices in suppressed societies, gun violence, lonely cats, and rising homelessness in Austin.
Reclaiming Pakistan - A civil rights activist, Mohammad Jibran Nasir, sparks a social revolution after almost 140 children were killed in the Peshawar Army School tragedy.A short documentary that sheds light on the consequences of extreme religion and terrorism in Pakistan and offers hope to the nation's seemingly bleak reality. Narrated by Pakistani actress Fawzia Mirza, the film features interviews from founders of the organization Pakistan for All, including activist Sabeen Mahmud, who was fatally shot four mont
HEROIC - Heroic - Rewriting Hollywood's Sexism A film from Sparkle Motion Films

TIMELINE of her LIFE created by LISA DONATO