Shel Silverstein is my hero because he was a great poem writer. My favorite poem is "Help" in his book Falling Up. He wrote happy poems, sad poems, funny poems, poems that tell about people and things, and poems about misfits. I think anyone would like his poems. Shel was born in Chicago, Illinois, September 25, 1930. He died in Key West, Florida, May 10, 1999. He began writing in 1952. Shel was also a great role model. He showed you can write anything you want and you can do anything, because, along with writing poetry, he also served in the U.S. military forces during the the 50's and wrote songs.

His heroic action took place in books around the world. It also took place in people's hearts. If you're feeling sad, read one of his poems and you'll be happy. If you're looking for a laugh, read his poems. His effect on me is he encouraged me to keep writing poems even if it seems like a romantic or geek thing. I hope he has the same effect on you too. Shel Silverstein was a great person. He was funny, honest and especially creative. Someday I hope I can write poems just as good as Shel. HE IS MY HERO.

My hero is: Shel Silverstein. If he never started writing poetry, I would never like poetry.

My hero is Shel Silverstein because he brings fun to poetry and helps describe what poetry really is. He puts life into it. He makes poetry fun to read and write.

Shel Silverstein is my hero. If you don't know who he is, you can learn more about him on this Web page. He writes poems for children, but they are enjoyed by everyone. His poems are different than most poets, like Robert Frost. He doesn't use fancy words like 'twas and 'tis. He makes it possible for children to actually read his poems. He died May 10, 1999.

Silverstein did not just write children's books; he wrote songs, liner notes and plays. In an October, 2001, New York Times article, playwright David Mamet remembered that Shel Silverstein was a "demigod" who was also a great friend. They would call each other up to trade jokes, and Silverstein would always help out when Mamet needed a new joke or plot for a play he was working on. Although Silverstein did not seek out society, he would always accept visitors gracefully, patiently signing book after book, making the letters of his name into animal drawings.
"We all felt that being with him was an unexampled privilege. In short, I suppose he was my hero," wrote Mamet.

Shel Silverstein's Website - "The official site for kids"
The Shel Silverstein Archive
The Academy of American Poets - Search for any poet on this site. 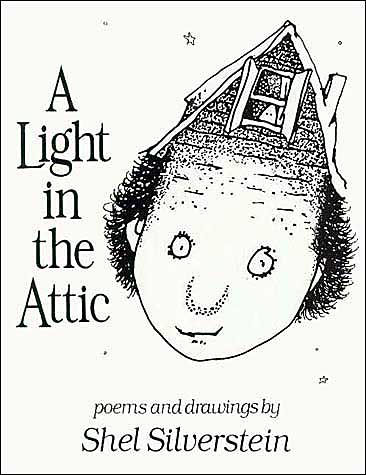 Light in the Attic
Shel Silverstein 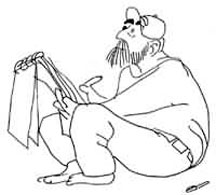 Shel Silverstein is a favorite hero in our guestbook. He was a great poet, full of darkness of wit at all the right moments. His poetry lets us know that we aren't the only ones who act goofy, make stupid mistakes, or entertain mean thoughts. Not only that, our imperfections can make us pretty silly even when (especially when) we take them very seriously. Reading his poems, you can laugh at his characters, laugh at yourself, laugh at the universe, and wind up feeling a whole lot better.