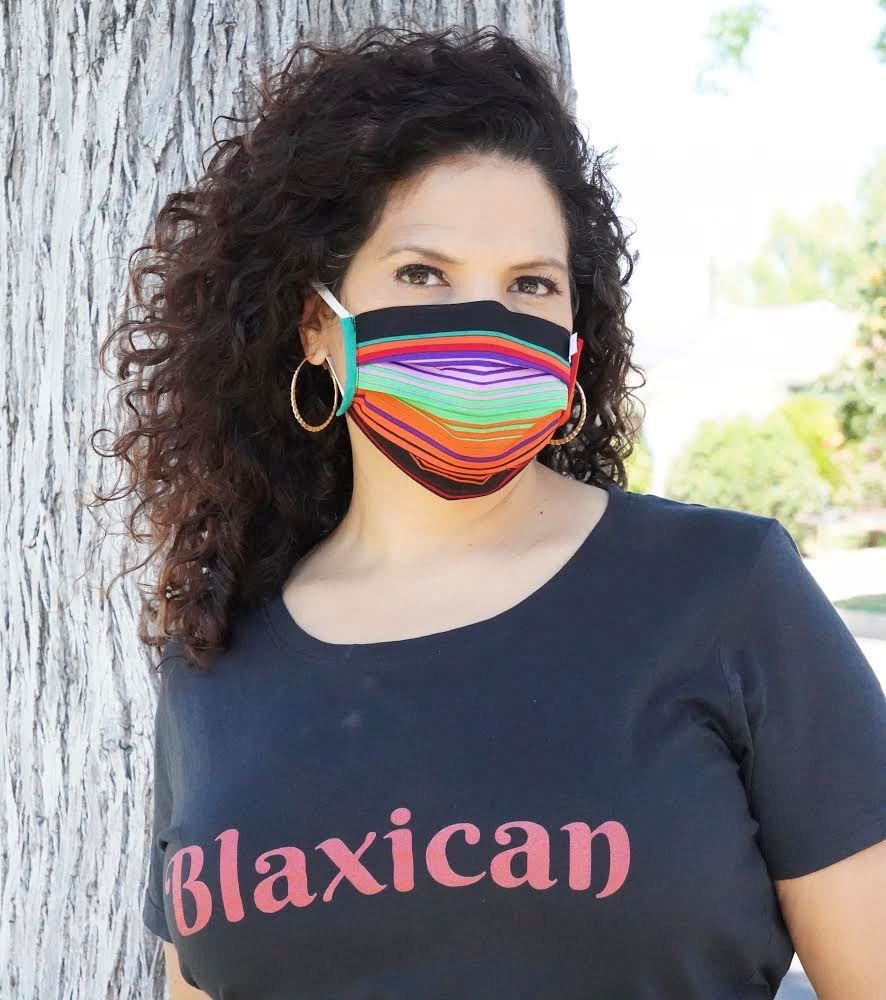 Sonia Smith-KangPhoto courtesy of Sonia Smith-KangSonia Smith-Kang is the founder of Mixed Up Clothing, a boutique children’s clothing line that celebrates culture through its diverse fabric. Sonia, who has an African American father, a Mexican mother, and a Korean husband, started the line nine years ago after working 15 years as a critical care nurse. “When we started having our children, I was trying to live an intentional life. We were trying to bring in books and movies that reflected our multicultural reality.The clothes didn’t speak to my reality, they didn’t have models that looked like my children…. So I started Mixed Up Clothing as a way to solve the lack of cultural representation in fashion.” Then when COVID-19 hit, Sonia realized she could use her clothing line to address the need for medical-grade masks. To date, she has made approximately 10,000 masks.

Handmade clothing has been part of Sonia’s life since she was a child. She learned how to sew in seventh grade economics class, and her mother often made clothes for Sonia and her siblings. As an adult, to relieve stress while working as a critical care RN, Sonia began sewing clothes for her children, just as her mother had for her. When she started selling her clothing, she had a wonderful response from buyers and from the public. She says, “People would stop and ask about the fabric. ‘What part of the world is that from?’ ‘Who made that?’ The clothing really reflected a time when people could learn about one another in a kind of palatable way. So I think that I used the clothing, my vehicle, to teach culture and diversity in a fun way.”

Sonia sources her material from around the world, buying from ethically made fabric houses and from downtown Los Angeles. “I would educate myself about where the fabric came from,” she says, “what culture it represented, so I could really do it justice when telling the story.” Mixed Up Clothing has been featured in a full-page spread in Latina magazine, and Sonia was featured on an episode of the Today show about “Momtrepreneurs,” along with Soleil Moonfrye and Natalie Morales. True to her own heritage, she currently made shirts that say “black lives matter” in multiple languages—made in response to the deaths of George Floyd and Breonna Taylor—and shirts for Hispanic Heritage Month, which is celebrated from September 15th to October 15th.

When COVID-19 hit, the distribution of manufactured clothing in Los Angeles came to a halt, she says. She heard the governor of New York put out a call to action for designers to start sewing face masks. This call touched Sonia, given her background as a critical care nurse. Here was a way for her to blend her two backgrounds for the benefit of others. “Within maybe hours of this press conference from the governor,” Sonia says, “I had picked up fabric from our inventory, I did a pattern, and I sewed examples. From start to end, within like four to five hours, I had a prototype mask.” 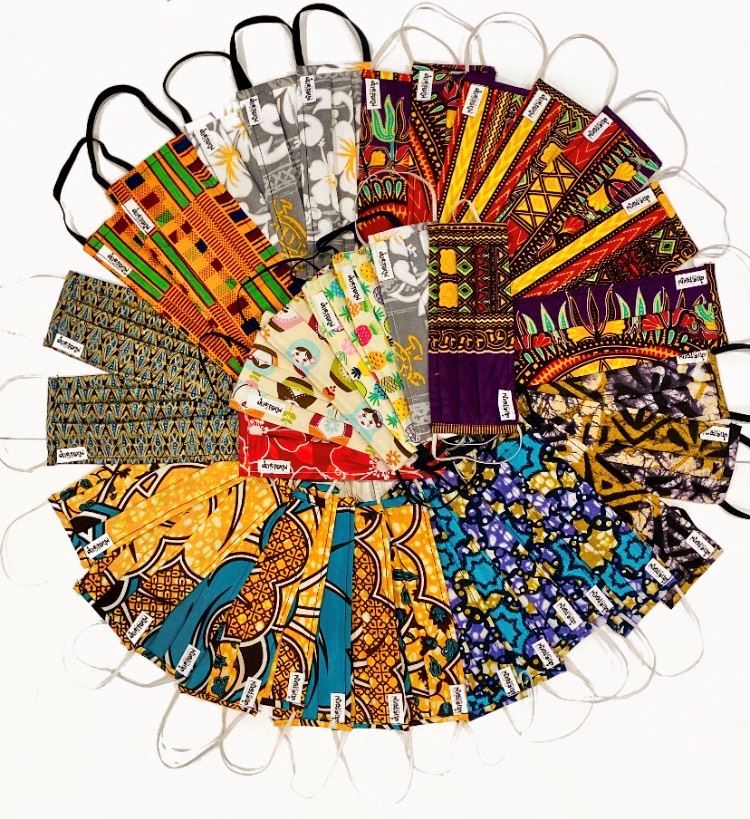 At first, Sonia’s mission was to provide masks to medical professionals and essential workers. Once she started posting the masks on social media, members of the community wanted to purchase ones for themselves. Sonia then launched a “buy one donate one” initiative: For every mask purchased, Mixed Up Clothing would donate one to someone in need. “Those masks have gone to black and brown vulnerable populations, the Sioux Nation, migrant farm workers, and most recently migrant farm workers who have had to endure the fires. We’re proud of the work we’re doing but also wanting to make sure that those who need protection and who need our masks have ways to get them.” 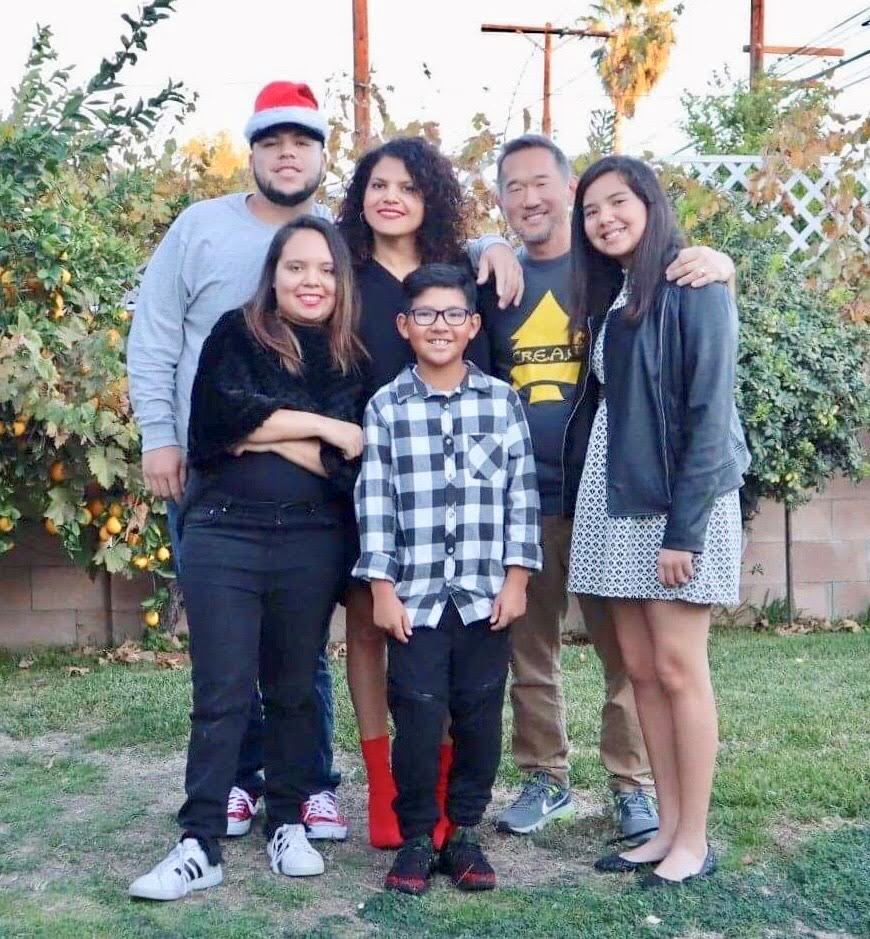 Sonia Smith-Kang with her familyPhoto courtesy of Sonia Smith-KangSonia has four children, each of whom help her get the orders made. “I call it a family business because at any point in time they are called to help mom with the business, whether it’s folding or packaging or carrying anything that we have related to the company.” At first, fulfilling the orders was overwhelming and necessitated a busy assembly line, but now they’ve gotten into a groove.

Sonia Smith-Kang credits her entrepreneurial spirit to her grandparents on either side of her family, citing them as her heroes. Her African American grandmother was one of the first black female police officers in New York City, and her grandmother and grandfather on her mother’s side were one of the first to open a Mexican restaurant in Los Angeles. “if it weren't for them and their fight, and their overcoming barriers, I don’t know where I would be. So I look to them when things get tough, and they help give me the strength to move forward and to continue and to be relentless in my pursuit of being an entrepreneur or being an activist, or being a mom, even.”

Through Mixed Up Clothing, Sonia continues to provide a sense of community and belonging. Regarding the plethora of mask choices in the United States, Sonia says, “There are so many different ways to celebrate who you are. The way Mixed Up Clothing is doing it is through sharing of culture and our multicultural fabrics.” Her heroic dedication to her craft and to the ongoing need for masks during the pandemic makes her a true inspiration both now and in the world’s future “new normal.”