Bernard  of  Chartres,  an  11th-12th  century  philosopher  and teacher, said that we are like dwarfs on the shoulders of giants, so that  we  can  see  more  than  they  and  for  a  greater  distance,  not by  any  virtue  of  our  own  but  because  we  are  carried  high and raised aloft by their stature. All of us have our geological heroes, those giants on whose shoulders we stand. To encourage recognition of these luminaries and  to  provide  inspiration  for  students  and  young  professionals, the  GSA  History  of  Geology  Division  presents  Rock  Stars,  brief profiles  of  our  geological  giants.

Geologists know Florence Bascom (1862–1945) as “the first woman geologist in this country.” Though Bascom was the second woman to earn a Ph.D. in geology in the United States (Mary Holmes earned a Ph.D. in geology from the University of Michigan in 1888), the moniker is appropriate. Bascom was the first woman hired by the U.S. Geological Survey (1896), the first woman to present a paper before the Geological Society of Washington (1901), the first woman elected to the Council of the Geological Society of America (elected in 1924, and no other woman was elected until after 1945), and the first woman officer of the GSA (vice president in 1930). She was an associate editor of The American Geologist (1896–1905) and a four-starred geologist in the first edition of American Men of Science (1906), which meant that her colleagues regarded her as among the country’s hundred leading geologists. After joining the Bryn Mawr College faculty, Bascom founded the college’s geology department. This site became the locus of training for the most accomplished female geologists of the early 20th century. 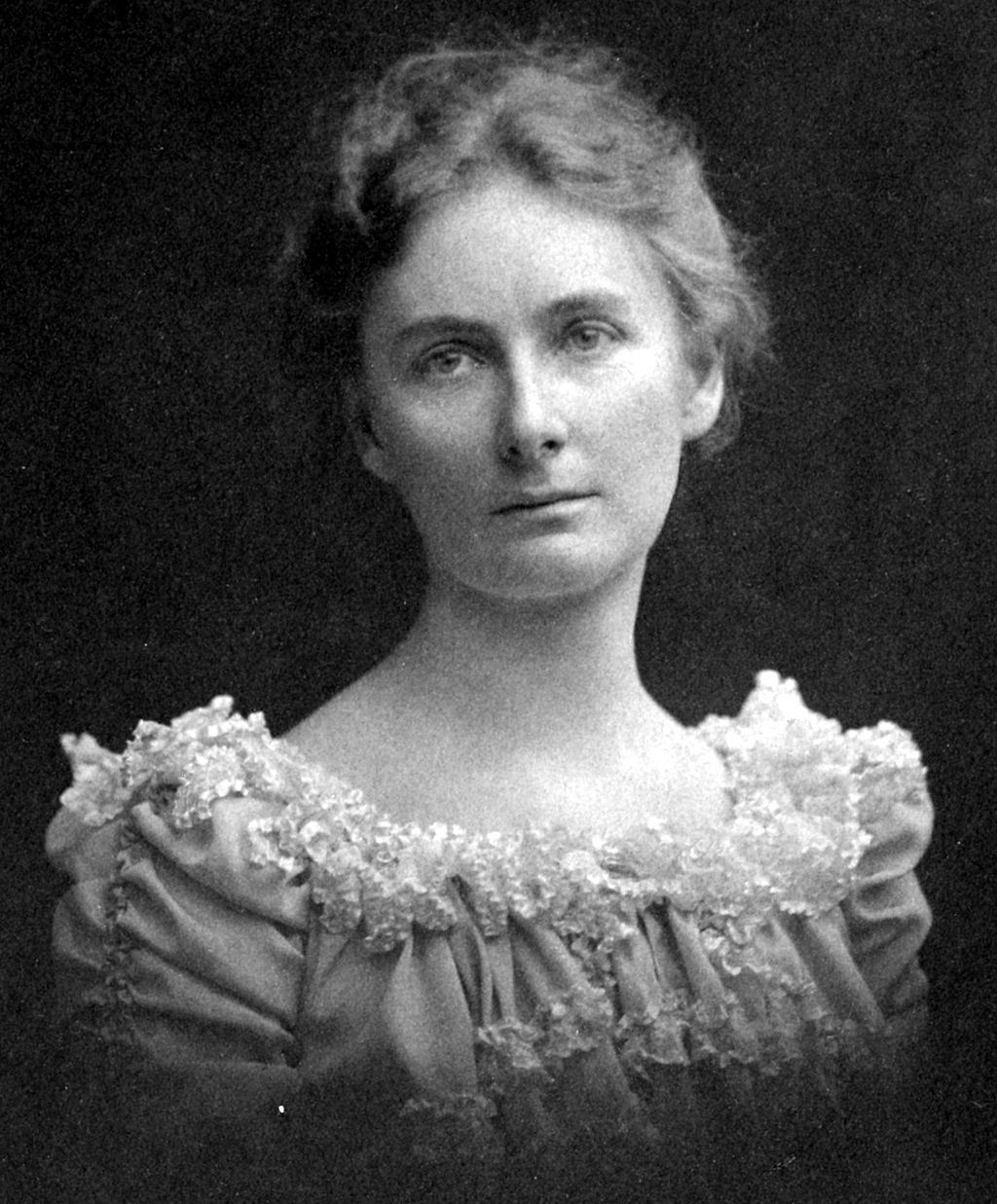 Bascom was an expert in crystallography, mineralogy, and petrography. Trained by leaders in metamorphism and crystallography, including Roland Irving and Charles Van Hise (Universityof Wisconsin), George Huntington Williams (Johns Hopkins), and Victor Goldschmidt (Heidelberg, Germany), she worked in these fields during their infancy. Her earliest contribution was a washer dissertation, in which she showed petrographically that rocks previously considered sediments were metamorphosed lava flows (Aldrich, 1990; Bascom, 1893). An expert on crystalline rocks of the Appalachian Piedmont, she published more than 40 research papers, including USGS Bulletins and Folios. Additionally, she published research on Piedmont geomorphology, particularly the provenance of surficial deposits.

Born in Williamstown, Massachusetts, in 1862, Florence was the youngest of six children of Emma Curtiss Bascom, suffragist and schoolteacher, and John Bascom, professor of oratory and rhetoric at Williams College. Her father supported women’s suffrage and temperance movements and advocated coeducation. In 1874, he became president of the University of Wisconsin.

Florence Bascom’s early interest in geology is attributed to a driving tour with her father and his friend Edward Orton, a geology professor at Ohio State. Margaret Rossiter (1981) perceives Orton as a key individual in providing women access to the study of geology. Shortly thereafter, Florence studied geology at Wisconsin and earned a master’s degree in 1887. As Isabel Smith observed, it must certainly have been an exciting time to be a geology student; John Wesley Powell navigated the Colorado River, and Clarence King surveyed the 40th parallel and became the first director of the USGS (Smith, 1981).

In 1889, Bascom was permitted to take graduate school classes at Johns Hopkins University. Sitting behind a screen during classes so as not to “disrupt” male students, Florence must have been sustained by her research advisor, G. H. Williams, and by her father. In a letter dated September 1891, John Bascom wrote “...you better put a stone or two in your pockets to throw at those heads that are thrust out of windows” (Arnold, 1983).In 1893 she was granted the Ph.D.

Though known for her contributions to understanding mountain-building processes, Bascom was also an educator. En route to her Ph.D., she taught at the newly founded Hampton Institute for Negroes and American Indians (now Hampton University) (1884–1885), Rockford College (1887–1889) and Ohio State University (1893–1895). Recruited in 1895 to teach at Bryn Mawr, where geology was considered adjunct to other natural sciences, she worked in storage space in a building newly constructed for biology, chemistry, and physics. Over two years, she developed a substantial mineral, rock, and fossil collection. She then proceeded to train a generation of young women who would ultimately succeed as professionals. Louise Kingsley; Katherine Fowler Billings; petrologists Anna Jonas Stose and Eleanora Bliss Knopf; crystallographer Mary Porter; paleontologist Julia Gardner (all at the USGS); petroleum geologist Maria Stadnichenko; Barnard’s glacial geomorphologist Ida Ogilvie; Scripps College’s Isabel Fothergill Smith; Bryn Mawr’s Dorothy Wyckoff; and Anna Heitonen—these women studied and worked with Florence Bascom as a prelude to their careers.

Former students used the words "rigorous," "incisive," and "consistent" to describe Bascom. With great expectations of her students, she was proud of their successes. In a 1931 letter to Professor Herman Fairchild, she wrote, “ I have always claimed that there was no merit in being the only one of a kind.... I have considerable pride in the fact that some of the best work done in geology today by women, ranking with that done by men, has been done by my students.... these are all notable young women who will be a credit to the science of geology.”

Heeding her father’s suggestion that she “make work an immediate joy,” geology, education, and Bryn Mawr were her life. Contemplative, she wrote,“The fascination of any search after truth lies not in the attainment, which at best is found to be very relative, but in the pursuit, where all the powers of the mind and character are brought into play and are absorbed in the task. One feels oneself in contact with something that is infinite and one finds a joy that is beyond expression in ‘sounding the abyss of science’ and the secrets of the infinite mind” (Smith, 1981).

Perhaps such thoughts brought quietude, for as Ida Ogilvie (1945) commented, “Probably no one will ever know all the difficulties that she encountered, but little by little she achieved her purpose of making her department one of the best in the country.”

Bascom’s contributions to Piedmont geology are still valued and utilized by geologists working in that area. Furthermore, as women struggle today to even the numbers in geology, whether in academia, government, or industry, we recall with admiration Florence Bascom’s pioneer status.

Vassar College } Faculty Bio Professor Jill S. Schneiderman
Robert Ginsburg - An article about Robert Ginsburg, who came up with the idea of the Rock Star series for the Geological Society of America.

Almost Heaven: The Story of Women in Space

Herstory: Women Who Changed the World