by Jeanne Meyers from Laguna Beach, California in United States

SANTA MONICA, CA – 11/16/2017 - The winners of MY HERO's 2017 Immersive Storytelling Award were celebrated this weekend at the MY HERO International Film Festival Awards Ceremony. The award honors innovative storytellers who use Virtual Reality technology to create work that promotes activism, engagement and social good. The award comes with prizes sponsored by Oculus. This year's winners are:

The first place winner in the 360 Video category is IN HARMONY, a film that features a group of Los Angeles kids who are using music as a tool for overcoming adversity. The video was produced through the Oculus VR for Good Program and directed by Elliot Dillman of Reel FX. 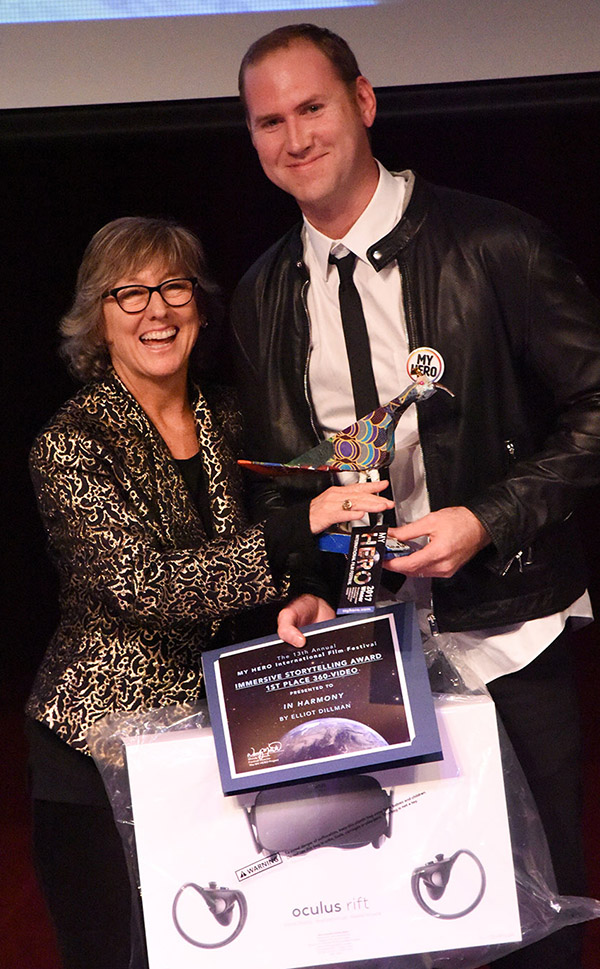 OUT OF THE BLUE, also produced through the Oculus VR for Good Program, is the second place winner. The video tells the story of a child in Mexico whose family of fishermen are experiencing shrinking catches. They make a bold decision that changes their fate and their future.

Another honoree in the 360 Video category is BASHIR'S DREAM, Directed by Angel Manuel Soto from RYOT VR. This immersive experience tells the story of Qusai Bashir Masaama, a 14-year-old Syrian refugee in Jordan who was shot in the back by a sniper while on a candy run.

BELLA GAIA VR, by producer Kenji Williams, is the winner of the Environmental category. Bella Gaia VR is a unique, immersive experience that conveys powerful feelings of the beauty and interconnectedness of all things on Earth.

PRIMORIDAL SOUP, directed by Ethan Summers and produced by Anne-Marie Napoli of Underground Engine, is an interactive simulated universe in which entities form and evolve at the participant's command, promoting a feeling of connectedness with interstellar and undersea life. 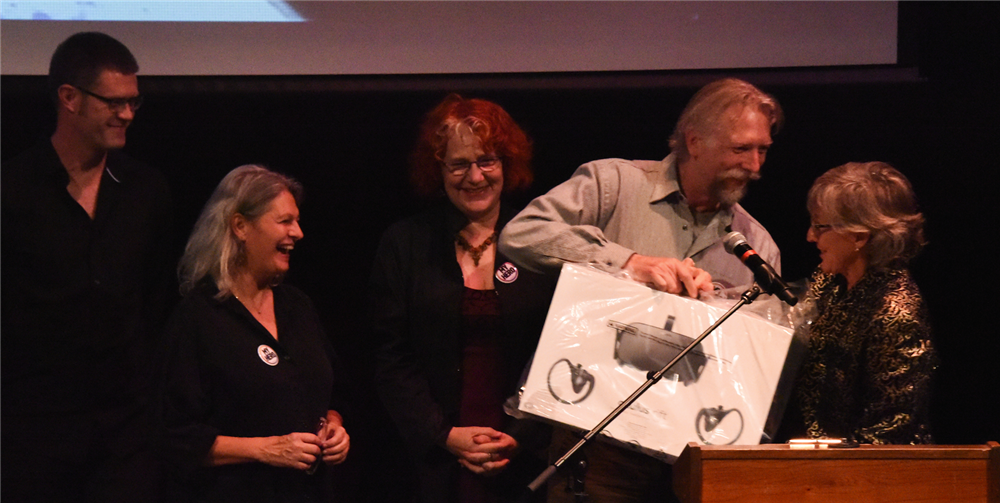 The awards were presented at The MY HERO International Film Festival Awards Ceremony, November 11, 2017, at the Moss Theater at New Roads School.

On Sunday, November 12, MY HERO hosted a VR Showcase designed to promote education and experience of the latest immersive technology. The event featured the Oculus VR for Good Team, which showcased VR for Good projects on Gear VR. All finalists for the 2017 Immersive Storytelling Award were showcased in Virtual Reality. 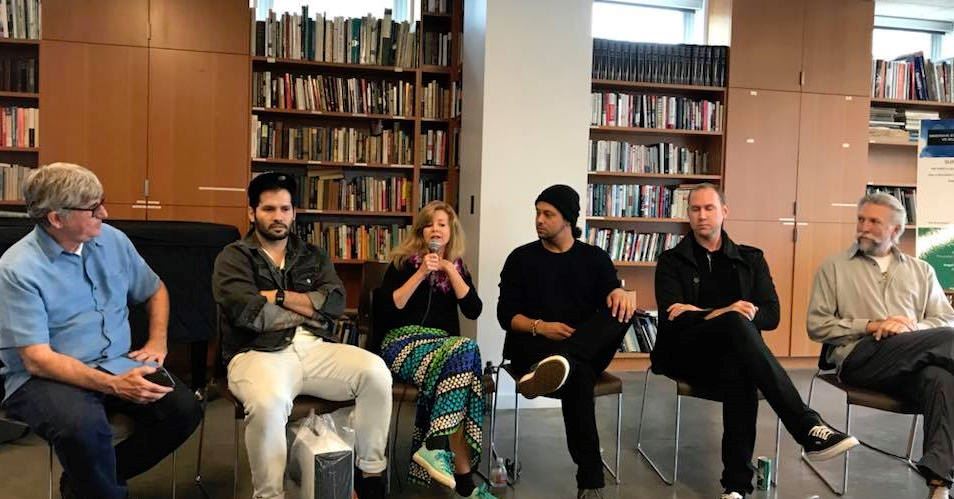 Immersive Storytelling 2017 winners, who are leaders in the VR field, took part in a panel titled

Elliot Dillman, of Reel FX, the first place winner of the Immersive Storytelling Award- 360  for In Harmony - Featuring the Harmony Project

Sherrie "Shero" Robertson, the founder of Blaze VR, an award-winning company that works in virtual reality, mixed reality and augmented reality to create imaginative and creative content. Her projects WE ARE HUMAN & THE PEOPLE UNITED were chosen as finalists in the 360 video category.

The MY HERO International Film Festival is part of The MY HERO Project, a 501(c)3 organization with a mission to share stories of the world’s heroes. 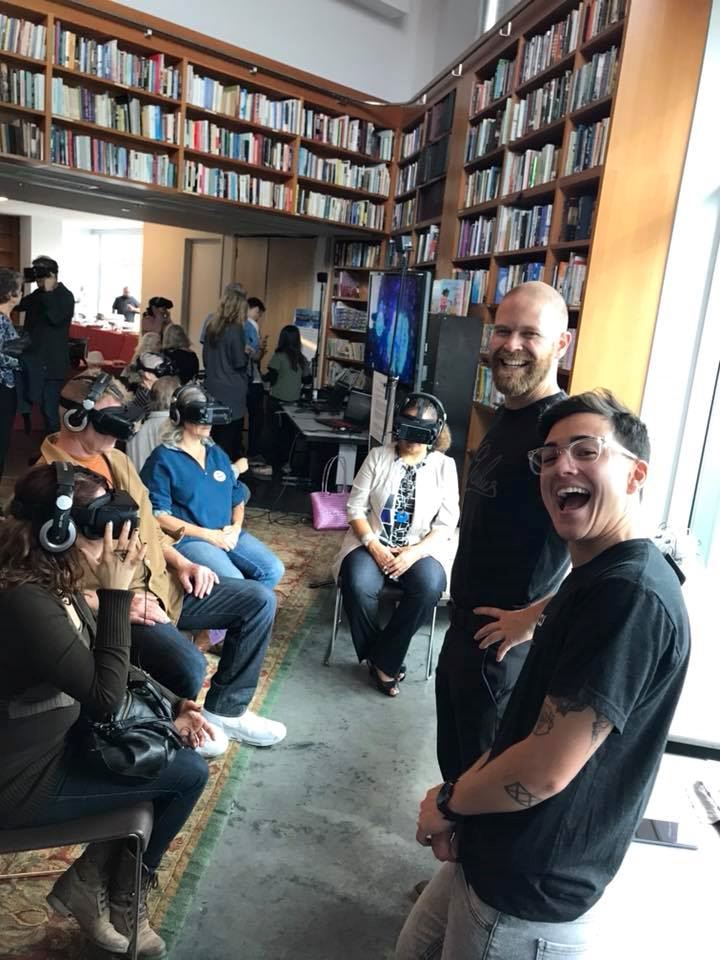 The work of all the finalists can be viewed on the MY HERO website:

(https://myhero.com/immersive-storytelling-award-finalists) These immersive 360 videos can be enjoyed with a VR Headset or Google cardboard. They can also be experienced by clicking and dragging the image around with the cursor as the video plays.

Learn more about the MY HERO International Film Festival