"I am a man of letters and an artist, living in the pursuit of the ideal, running wild over an idea, and glowing with enthusiasm over my work..."

Jules Verne was an amazing writer who predicted the science future of the world. Some of the inventions he imagined were created later in his lifetime, but some are still to be invented. He was popular with all kinds of readers: rich, poor, young, old, scientists, artists and rulers. He wrote over 80 books, mostly before 1900, and a few of the things he described were: helicopters, modern weapons, movies with sound, television and rockets.

Jules Gabriel Verne was born on February 8, 1828 in Nantes, France. He was the oldest of five children. He had three sisters: Mathilde, Anna and Marie, and one younger brother, Paul. His father was a lawyer and, much like the hero of Around the World in Eighty Days, he was precise about everything. He was known for his honesty. His mother, Sophie Allotte, came from a family of ship builders and sea captains.

Jules and Paul were close all their lives. When they were boys they liked to read travel magazines and invent journeys. They were crazy about boats and taught themselves to sail. When Jules was twelve years old, he found a ship called the "Coralie" that was sailing to the West Indies. Jules paid the cabin boy to take his place but his father brought him home. His mother made him promise not to go to sea.

Jules's father wanted him to be educated as a lawyer, but he refused to do any work but writing. In 1848 he and a friend went to Paris. His father gave Jules money to support himself because he was supposed to be studying law. What Jules really wanted to do was sell his manuscripts and plays. He discovered that you have to know people in the business to sell anything. He went to cafes and the homes of rich people to find someone interested in his work. His father came to Paris to check on him and stopped paying his allowance when he discovered that Jules was just writing.

Jules kept writing to try to earn a living. He met the famous authors Victor Hugo and Alexander Dumas. Dumas wrote romantic and historic novels which were very popular at the time. He taught Jules to set aside a specific time for writing every day. Jules tried to write historic novels but didn't like them. He had almost no money so he started going to the public library because it was free and he could keep warm. He spent all day reading about natural science and technology and taking hundreds of notes. He wrote some short articles for children's magazines. He published a few articles, had one of his plays performed and worked for awhile as a law clerk.

When he went to a friend's wedding, he met Honorine Morel, who was a widow with two daughters. They got married and his father made him take a job as a stockbroker. His wife supported his writing even though she didn't understand his scientific interests. She encouraged him to write, but he still had very little success. In 1881 his only child, Michel, was born.

In 1863 aeronautics was beginning with the flight of blimp-like machines called dirigibles. Jules had been reading and studying about them and decided it would be better to invent a balloon that could go up and down to catch the wind. He had a friend named Felix Nadar, a writer, photographer and sportsman who shared his interest. Nadar wanted to fly across Europe in a balloon. To raise money he built a balloon called the Giant to attract publicity. At this time the public was interested in Africa, where new discoveries like Lake Victoria had been made. Jules got the idea of a balloon flying over Africa to explore it. He used all his research about Africa and his knowledge about balloon flight in the story. It was called Five Weeks in a Balloon and it was refused by all the publishers because it was too scientific and not exciting or adventurous enough. Jules wanted to burn the manuscript but Honorine saved it.

Peter Hetzel was a publisher who specialized in books for young people. When Jules gave him the manuscript, he showed him how to rewrite and improve it. This story about a balloon trip over Africa to find the source of the Nile had a modern hero and emphasized modern science. The plot moved fast and had a lot of adventure. This book was so popular that it was translated into other languages and Jules Verne got rich.

Jules Verne continued to write many important books, basing his novels on the latest scientific knowledge and current theories about the earth. His next extraordinary journey was The Adventures of Captain Hatteras in 1864, in which the ship the "Forward" sailed off to discover the North Pole. In the same year he wrote Journey to the Center of the Earth. Then he took some time off to enjoy his wealth, going to theaters, parties and having a very social time. He got bored with this life. His next book, From the Earth to the Moon, was about the first space capsule in history. The sequel was Round the Moon, and it returned the people safely to earth. In 1869 he wrote 20,000 Leagues Under the Sea about the submarine "Nautilus," which was propelled by electricity. (The electric light bulb came eleven years after the book.) In 1958 the U.S. atomic submarine "Nautilus" traveled under the polar ice from the Pacific to the Atlantic. While in Paris in 1870, Jules saw that Cooks Travel Agency claimed that you could go around the world in 90 days. That gave him the idea to for his most popular book ever, Around the World in Eighty Days.

Toward the end of his life Jules realized modern technology could be dangerous if people used it unwisely. In 1889 he wrote with Michel (his son) The Day of an American Journalist in the Year 2889. It is a story about New York in the future when the press is powerful. The city has huge skyscrapers, rolling sidewalks, TV-telephones, air cars and air trains. There are electric calculating machines like computers and advertising is carried on clouds.

Jules Verne died on March 24, 1905, and the whole world mourned. He was the founder of modern science fiction and the creator of many imaginary inventions that became reality. He inspired scientists, explorers and builders, and continues to delight readers around the world.

More info on Jules Verne
Nellie Bly - was the first to beat Jules Verne's character's record for going around the world in 80 days.
Mark from Montvale - also wrote about Jules Verne
Dr. Robert Ballard - says that his hero is Captain Nemo. Captain Nemo is from the book 20,000 Leagues Under the Sea, which was written by Jules Verne. 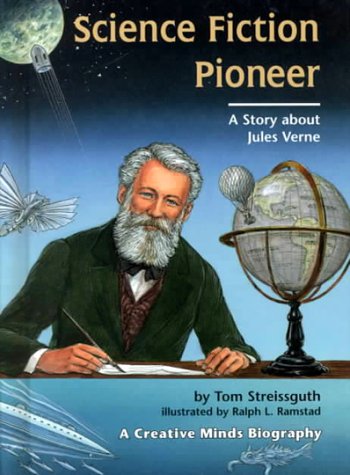 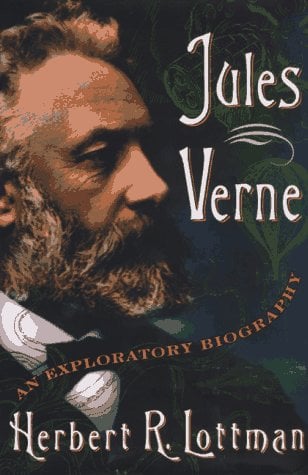 Journey to the Center of the Earth
Jules Verne
Related pages

Jules Verne is my hero because he is very intelligent and his books give us as lot of interesting information. He's also a hero for me because he wrote many books in his life.