by Staff Writer from United States

I was taught that the world had a lot of problems, but I could struggle and change them. That those of us with intellectual and immaterial gifts brought the privilege and responsibility of sharing with others who are less fortunate... 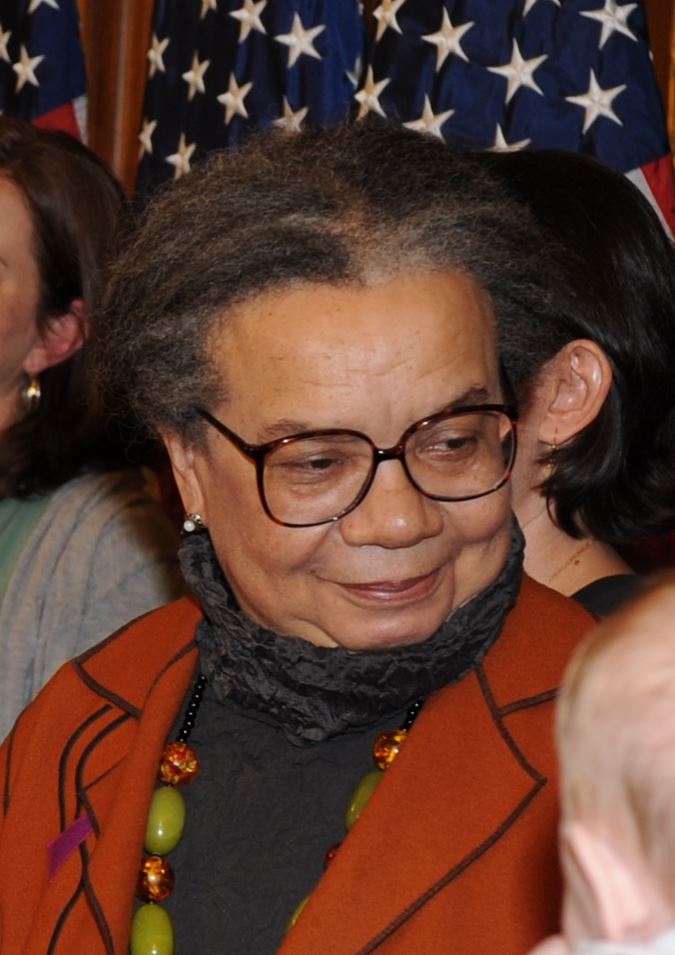 Marian Wright EdelmanNancy Pelosi from San Francisco, CA - Health Insurance Reform Starts With Our Children, CC BY 2.0, https://commons.wikimedia.org/w/index.php?curid=71647820Marian Wright Edelman's father, Arthur Wright, expected his children to do two things: to work hard at getting an education and to serve others. Every night, the Wrights gathered together in the kitchen for a study session, which they had to participate in whether they had assignments or not. Arthur Wright also required his children to perform community-service work as part of their chores.

Perhaps it was this advantageous upbringing that not only propelled Marian Wright Edelman into a brilliant law career, but also made her one of the country's leading advocates for children.

In the 1960s, just out of Yale Law School, Marian Wright achieved the distinction of being the first African-American woman admitted to the Mississippi Bar. During the Civil Rights Movement, Wright established the course of her career by directing the NAACP Legal Defense and Educational Office and later serving as counsel for Martin Luther King Jr.'s Poor People's March. She then founded the Washington Research Project, which would engender the Children's Defense Fund.

The Children's Defense Fund, founded in 1973, gives every child a healthy and fair start in life. The fund purchased Haley Farm where young people are trained to work with children in disadvantaged areas of the country.

Wright married Peter Edelman, a Washington D.C. lawyer, and had three children: Joshua, Jonah and Ezra. Most recently, Wright Edelman published the book Lantern: A Memoir of Mentors. In a recent television interview, Wright Edelman said this about one of her heroes:

"This is a book about the great natural mentors in my life: my parents, my community co-parents. Some of the most important people were well-educated, but some didn't have a whole lot of education formally. [Some] really were like community elders who cared for kids as if they were their own. I have portraits in here of Ms. Tea Kelly and Ms. Lucy McQueen and Ms. Kate Winston who were community women and women of faith who instinctively knew what Walker Percy wrote about: 'You can get all As and still flunk life.' And they cared for me as if I was their own child, and the other children in the community....They were like Ms. Oseola McCarty, who died not too long ago. Everybody was so surprised that this black washerwoman would give $150,000 to the University of Southern Mississippi to educate children, to give them a chance that she didn't have. But I knew Ms. Oseola in less dramatic ways all of my life, and it's so wonderful to be able to say thank you in this book to them." 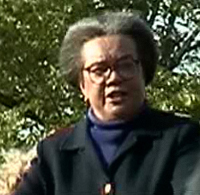 Marian Wright Edelman gave a commencement speech to the graduating class of Tarbut V'Torah in Irvine, Calif., and MY HERO was there.

"My generation learned that if we wanted to accomplish anything, we would have to get off the dime. Your generation must learn to get off the paradigm? It is the responsibility of every adult, parent teacher, religious leader and professional to make sure that young people hear what we have learned from life that helped us survive and succeed."

The first lesson that I keep telling over and over again: There is no free lunch in life. Please don't feel entitled to anything you don't sweat and struggle for. Frederick Douglass, the great abolitionist, reminded us that "many women may not get all they pay for in this world, but they will certainly pay for all they get." You've got to work your way up hard and continuously. And I know I don't have to say this: Don't be lazy, do your homework, pay attention to detail, take great care and pride in your work. Don't assume a door is closed; push on it. Don't assume if it was closed yesterday that it is closed today. Don't ever stop learning and improving your mind. If you do, you're going to be left behind. 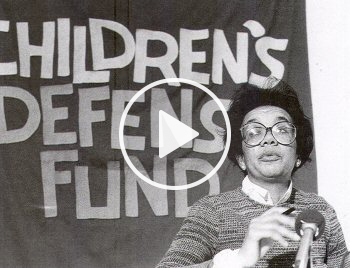 The second lesson is to assign yourself. My daddy couldn't stand to see us unengaged in constructive work. And he used to ask us when we had come home from school, "Did the teacher give you any homework?" If we'd say no, he'd say, "Well, assign yourself some." Don't wait around for your boss or your friends or teachers to direct you to do what you're able to figure out and do for yourself. And don't do just as little as you can to get by. And as you grow up and become citizens?please don't be a political bystander and grumbler. I really hope every one of you will register to vote and vote every time. A democracy is not a spectator sport. And if you see a need, please don't ask, "Why somebody doesn't do something?" Ask "Why don't I do something?" Initiative and persistence are still the non-magic carpets to success for most of us.

The third quick lesson: Never work just for money. Money alone won't save your soul or build a decent family life or help you sleep at night. We're the richest nation on Earth, with the highest number of imprisoned people in the world. Our drug addictions and child poverty [rates] are among the highest in the industrialized world. So don't ever confuse wealth or fame with character. And don't tolerate or condone moral corruption, whatever it is and whether it is found in high or low places. Be honest and demand that those who represent you be honest. And don't ever confuse morality with legality. Dr. Martin Luther King Jr. told us, "everything Hitler did in Nazi Germany was legal, but it was not moral." Don't give anybody the proxy for your conscience.

The fourth lesson: Don't be afraid of taking risks or of being criticized. An anonymous saying is, "If you don't want to be criticized, don't do anything, don't say anything and don't be anything." Don't be afraid of failing; it is the way you learn to do things right. Don't be afraid of falling down; just keep getting up. And don't wait for everybody to come along to get something done. It's always a few people who get things done and keep things going. Our country and our world desperately need more wise and courageous shepherds and fewer sheep who do not borrow from integrity to fund expediency.

Fifth lesson: : Listen to the sound of the genuine in yourself. "Small," Einstein said, "is the number of them who see with their own eyes and feel with their own heart." Try to be one of them. There is something in every one of you that waits and listens for the sound of the genuine in [yourself]. And it is the only true guide [you] will ever have. If you cannot hear it in yourself, you will spend all of your life on the end of strings that somebody else pulls. Today, there are just so many noises and so many competing pulls on us. I hope that you'll find ways and times and spaces to be silent to listen to yourselves and to listen for other people.

Last lesson: Never think life is not worth living or that you can't make a difference. Never give up. I don't care how hard it gets, and it will get very hard sometimes. An old proverb says, "When you get to your wit's end, that's where God lives." Harriet Beecher Stowe said, "When you get into a tight place and you think that everything goes against you until it seems that you can't have another minute, never give up then, for that is just the place and the time when you will see the tide turn." So I hope when you get discouraged and afraid, you will hang in with life and remember and imagine and keep striving to build a new world. As Shel Silverstein said, "Listen to the mustn'ts, child/ listen to the don'ts/ listen to the shouldn'ts, the impossibles, the won'ts/ but then listen to the never haves and listen close to me/ anything can happen, child/ anything can be."

Click here to read more excerpts from her speech...

The Children's Defense Fund: - The home page of CDF contains information about this remarkable project.

An excerpt from
Lanterns: A Memoir of Mentors

"It is now time for the next great movement, for our children. It must be led by mothers and grandmothers of all races and faiths, with youths and all others who want to show the world that America is decent enough and sensible enough and moral enough to take care of all its children. I invite you to join me in the urgent crusade to Leave No Child Behind so that 100 and 1,000 years from now, our children's children will call us blessed and God will say 'well done,' as I know God has said or will say to the lanterns I thank in the book."

Marian Wright Edelman and the Children's Defense Fund: A Fight for Children's Advocacy