On the fateful day of May 19th 2009, the cult classic, musical-themed comedy show Glee aired its first episode. Few suspected that this show would change their lives for the better. It inspired me in ways I could not anticipate. Glee had a recent surge of popularity amongst Gen Z and millennials. Many people were and still are drawn to Glee it broke down barriers in the world of television. Glee was the first show to feature unapologetic and openly gay characters. Glee paved the way for the future of multifaceted characters of color and LGBTQ+ characters.

The character that  stood out to me the most was Santana Lopez, portrayed by Naya Rivera. Santana Lopez’s character was the stereotypical mean cheerleader, who joined glee club as a joke. As the show progressed, Santana became more than that. With a little push from Naya Rivera, she became one of the first openly lesbian Afro-Latina characters in television history. Santana’s character inspired many people in the LGBTQ community and gave young queer women the hope and confidence to be themselves. Glee aired at a time where being gay was less accepted than it is today. Santana’s character continues to give LGBTQ people the same hope and inspiration. 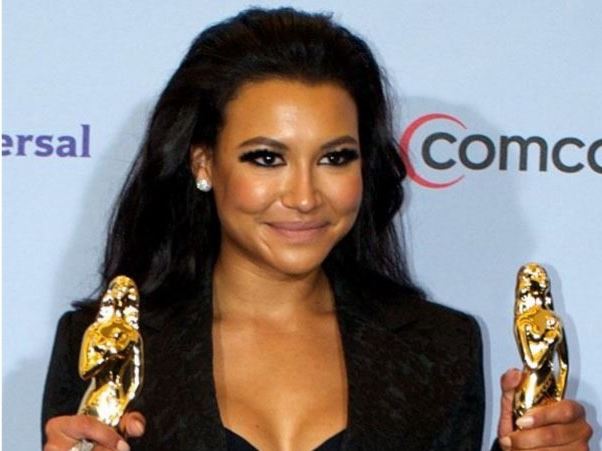 Naya Rivera was born on January 12, 1987, in Santa Clarita, California. Ever since she was a child, Naya was involved in the arts and had always shined brightly in the roles she played. Acting became her life. Santana Lopez was her breakout role. Although I myself am not a queer woman, Santana was an inspiration for me. Naya breathed life into Santana’s character and transformed her into something much bigger: she pushed for Santana to have a girlfriend, and for Santana to come to terms with her sexuality. She inspired others to be their most authentic self. Naya wanted to explore Santana’s sexuality with dignity and respect because she knew that it would have a real effect on many of Glee’s viewers.

Not only was Santana an openly lesbian character, she was also an unapologetically bold and strong woman of color. She stood up for herself, she made herself heard, and pushed to be recognized for her talent. In 2009, when TV was less diverse, it meant a lot for young girls of color to see someone who were strong, looked like them and  persevered. Naya Rivera paved the way for representation for BIWOC and WOC in television and personally inspired me to one day do the same.

Outside of Glee and acting in general, Naya volunteered and spoke for many organizations, including but not limited to: GLAAD, The Trevor Project, Sunshine Foundation, Alliance of Moms, and the Black Lives Matter movement. Given the heartwarming tributes from her friends and family, it is clear that Naya was always selfless and kind to others and made people feel safe and included. Naya’s passing was tragic and a huge loss. She passed away heroically, saving her son Josey’s life. She loved Josey with all her heart, saying, “Josey is my greatest success, and I will never do any better than him.” Naya was not only an amazing performer, but also a daughter, mother, friend, and inspiration to many.

Alexandria House - "A transitional residence and house of hospitality. We provide safe and supportive housing for women and children in the process of moving from emergency shelter to economic stability and permanent housing."