"Equality is the prime rib of what we stand for as a nation.” 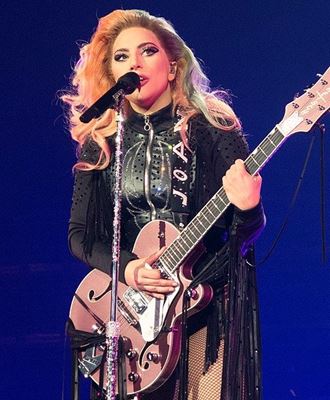 No matter what singer you may listen to, we know that almost every one of them get a lot of media attention. As much attention as they get, it can be surprising to hear of the unholy things committed by these social gods. It makes us wonder if they really deserve all the fame they get. Lady Gaga, however, represents the exception, showing true care in her actions.

Stefani Joanne Germanotta, known by the stage-name Lady Gaga, has formed a persona with her public actions to make you think she would be raised in quite a peculiar fashion, but she had a stable childhood. Stefani was born into a family of two early internet entrepreneurs, eventually becoming an older sister as well. She was off to NYU in 2005, but soon realized college wouldn’t provide her with the path she wanted: becoming a pop star. Stefani then went to become a go-go dancer in clubs, entering the “unknown world” so she could make connections, and to understand how to finally become the star she wanted to be. Obviously, Gaga accomplished this feat. A hero must not only take risks, but also possess a drive to do good and prove they have that drive through their actions, all while not being swept up by their overwhelming public attention. Stefani Joanne Germanotta has followed this path to become a highly respectable star fighting for change in gay rights through activism and music, while keeping humble through her extreme level of fame.

Unlike many of the pop stars that general audiences praise, who decide to sulk in their fame carelessly, Stefani decided to do something with her following and reputation. She now stands up for what she thinks is right, primarily in gay rights. Gaga introduces her drive to fight through her music, starting with the song “Born This Way,” released in 2011: “[...]the current study demonstrates that Lady Gaga's highly popularized song, “Born This Way,” primes genetic explanations of homosexuality in citizens' ensuing evaluations of gay rights issues” (Lee and Jang). Gaga’s beginning in her fight for personal pride and acceptance had to start somewhere, and the mere fact that she began it at all showed her courage to stand up for what is right. The first step is always the most difficult to pull off. 2011 was close to the time of people showing their individuality, and due to this song, we can give thanks to Gaga for that spark that lit the rest of the fire. But, what’s more powerful than directly addressing the issue, in front of the public? Gaga showed this power in the purest, simplest line anyone could deliver on the subject: “‘In the music industry there's still a tremendous amount of accommodation of homophobia,’ she said. ‘So I'm taking a stand. . . . I'm not going to play one of my songs tonight because tonight is not about me. It's about you’” (Zak). Then, as the story goes, she began to play the intro to John Lennon’s classic, “Imagine”, while changing the lyrics to fit the situation. Gaga’s address to the homophobia in the community she involves herself in shows her acknowledgment of what she is overcoming, yet she manages to say what she needs to say in the most calm and understandable way possible. Also, as previously mentioned, simply the will it takes to say something like this in public shows commitment to an issue. Lady Gaga’s acts, both in her music and her public speaking, have proven her to be one to work for what is right. 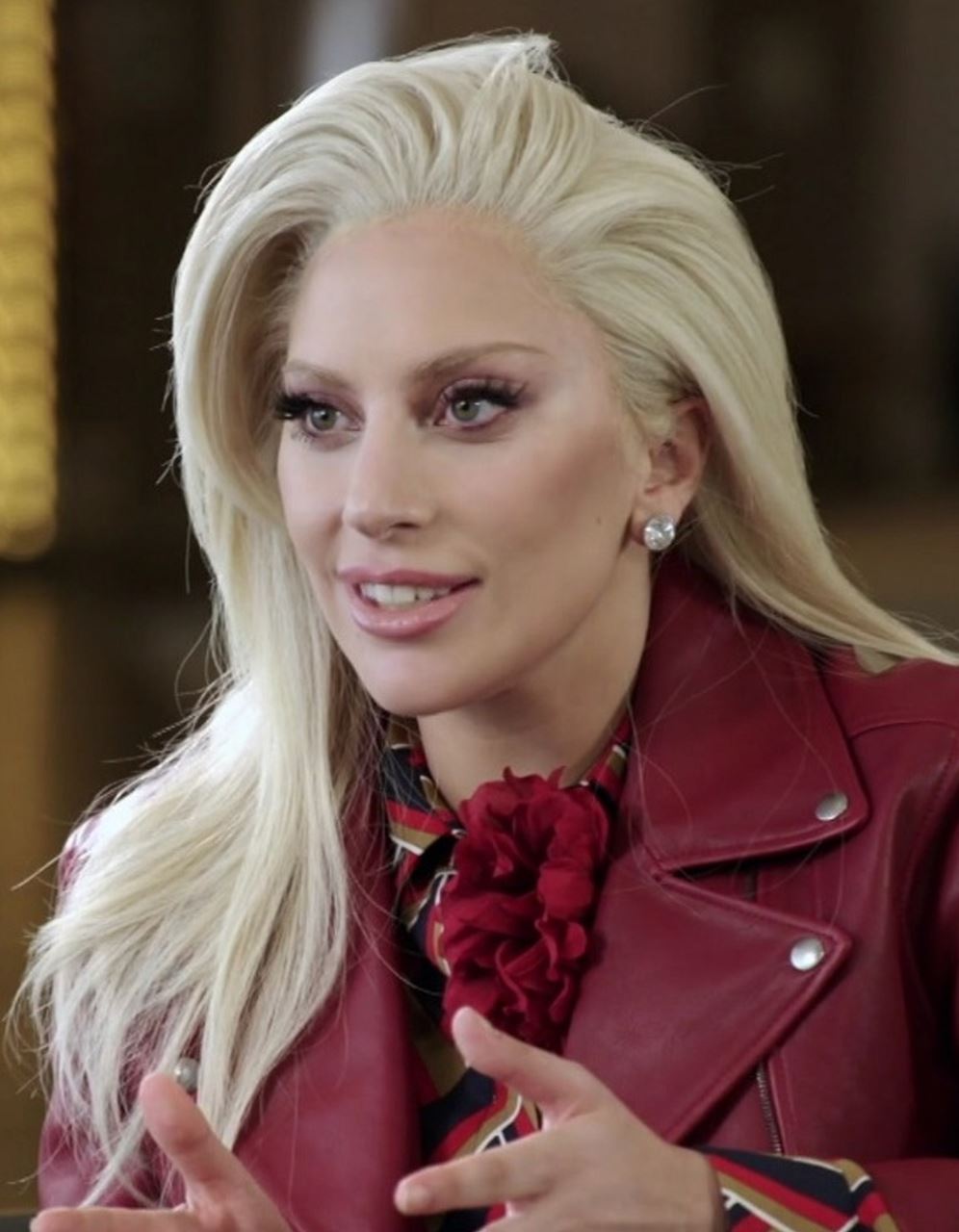 Lady Gaga interviewed for NFL Network about her Super Bowl performance in 2016SMP Entertainment [CC BY 3.0] via Wikimedia CommonsGaga gets enough attention to satisfy anyone’s hunger for fame, but she manages to stay caring for her fans through all the lights, not showing any signs of thoughts of hierarchy, or anything like that. This clearly shows through the connection she makes to her fans, recognizing that they’re real people, rather than minions used to make her money: “Through one-on-one interviews with an international sample of 45 self-described Little Monsters, we explored this unusual fan-celebrity relationship and found that Lady Gaga's re-articulation of the negative connotations of “monster” enabled fans to use her as a mirror to reflect upon and embrace their differences from mainstream culture” (Click et al.). It’s clear to see Gaga’s appreciation through fame being recognized through news. This is quite the feat, as news sources would usually go after celebrities’ throats, but Stefani shows enough care to her audience to be applauded. Also, as the quote describes, the use of the word “monster” shows a self-deprecating side that truly separates her from the rest of the self-absorbed stereotypical millionaires. Lady Gaga also shows her humbleness through her speech on gay rights, as mentioned before because of how powerful the speech is already: “My name is Stefani Joanne Angelina Germanotta. I am an American citizen, to the senate, to Americans, to Senator Olympia Snowe, Senator Susan Collins-both from Maine-and Senator Scott Brown of Massachusetts. Equality is the prime rib of America. Equality is the prime rib of what we stand for as a nation” (Gaga). The proof that this is a powerful way to equalize yourself is all in the proof that you didn’t know Lady Gaga’s real name until this. Don’t lie, you didn’t know. Stefani manages to tell the entire world “I’m one of you” without forcing it upon us, simply by saying her name. The fact that she’s fighting for such a massive cause shows her going lower as well. She isn’t the one who needs these rights, so she doesn’t need to fight for them. But, as her actions have shown, Stefani Germanotta wants to fight at a higher level for the sake of the lower class. Power in the upper class can be mishandled, given to many with the inability to be selfless, but Gaga reminds us that you don’t have to be self-centered along with fame.

Though you may see her unusual actions as only begging for attention, Lady Gaga has worked to get to a respectable position in making a difference in the world. This has been achieved through her tremendous amount of work in gay rights, integrating inspirational messages in her music as well as publicly speaking about the topic. She also manages her humbleness to stay true to what a hero should be. Stefani has become an inspiration to the rising world of music. She tells us that we cannot be self-centered in order to be truly successful. Considering the amount of people yearning for that spotlight, it’s important to have someone remind us what it should mean to be an icon.

Lady Gaga: Portrait of a Lady - Lady Gaga writes on what it is to be a lady. This shows her holding the independence that she stands for.
Lady Gaga Opens Up About Her Mental Illness to LGBT Youth - Her care for fans and who she stands for still holds through her meetings. Stefani makes sure to humanize herself through these acts.
Born This Way Foundation - An organization created by Lady Gaga to ensure mental wellness, kindness, and equality.