"If we are to achieve true peace in this world, it shall have to begin with the children."

In 1995, when he was 12 years old, Craig Kielburger read a newspaper story that changed his life. Another 12-year-old boy, Iqbal Masih in Pakistan, had been murdered for bringing the world's attention to the terrible conditions endured by children working in the carpet-making industry. "I saw him as a hero for speaking out about child labor," says Kielburger." I suddenly understood that a young person can make a difference."

Kielburger set out to educate himself about human rights, and became so passionate about it that his parents reluctantly allowed him to accompany Alam Rahman, a Canadian human rights worker, on a trip through South Asia. There Kielburger saw, first-hand, the personal horrors behind child labor issues. He wrote about this experience in a book Free The Children.

Kielburger came home to Canada determined to find some way to help the children he had met. With a group of friends, 12-year-old Kielburger founded Kids Can Free The Children.

"One of the greatest problems facing Free the Children, no matter what our accomplishments, is the stereotype that young people are naive, or that we're too young to understand these problems, or that we're idealistic, as if it's something that should be outgrown eventually." Members of Free the Children are taught how to educate themselves on issues, because "it's the way they can sit on the same level as an adult and debate with a head of state or world leader: You have to ground activism experience in academics."

While working to change adult attitudes, FTC focuses on empowering youth. "If you expose young people to the issues of poverty, war, violence and child labor, it's not as if you're taking away their childhood. Young people see it in the world," says Kielburger. "We know there are social injustices. FTC is trying to help young people not just close their eyes and feel [powerless], but to realize that they do have a positive role to play through very simple, very concrete, actions. Maybe it's a petition, or a letter-writing campaign, or a small fundraiser like a bake sale or a car wash. But it empowers them to realize they can make a difference on some level. And it teaches them that even small actions can help change the world. It creates a sense of civic responsibility, a duty, a sense of global citizenship. It's planting that seed."

In 2001, Free the Children focused on education, resulting in the publication of its book, Take Action!: A Guide to Active Citizenship, written by Craig Kielburger and his older brother, Marc. A combination of how-to and testimonial passages, Take Action! "puts into one book everything we've learned in the past 7 years." It will be used in school curricula and by chapters of FTC throughout the world.

Believing education to be one of the best ways to fight child labor, Free the Children established "Friendship Schools," linking schools in developing countries with ones in North America, Europe and industrialized countries around the world. In all of these schools, it was children who saw the need and worked to find solutions, which included:
· collecting and distributing supplies for over 100,000 school and health kits. (An additional 9,000 kits, blankets and warm clothes were recently shipped to help war-affected children in Afghanistan);
· raising money and helping to build more than 300 rural schools. (2,000 school kits, desks and chairs, and 3,000 text books were recently sent to Sierra Leone to help locals open their new school in Freetown. Students there include many former child soldiers). 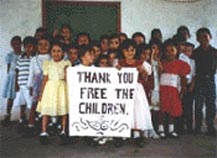 As FTC grew, Kielburger traveled the world, meeting with heads of state and Nobel Prize winners, receiving international awards, sharing his convictions with global leaders and appearing on television shows like 60 Minutes and Oprah, which brought FTC recognition and support.

"Of all the well-known people I've met, the person who inspired me the most would be Mother Teresa," says Kielburger. Physically smaller than the 12-year-old boy, "she had this incredible power about her...because she had such a big heart. I asked her how she kept her hope in the face of so much poverty and she said 'we must always realize that we can do no great things, only small things with great love.' You have the spirit of Mother Teresa or Nelson Mandela inside you. No matter what your gifts, no matter what your talents, kids can help change the world."

Kielburger says he found true heroes among the street children and child workers he met in poor countries. "They impress me the most because they never give up hope. They have this amazing spirit about them, and this amazing sense of friendship where they take care of each other. They've taught me more than any meeting with a celebrity or world leader ever could." 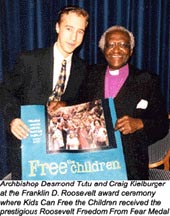 Free the Children has grown into the largest international network of children helping children, with more than 100,000 youth involved in 35 countries. The campaigns focus on child-labor issues, children and poverty, war-affected children, education and children's rights. Its further accomplishments include:

· shipping more than $2.5 million dollars worth of medical supplies to Free the Children medical clinics in developing countries;
· supporting alternative-income programs to enable children to leave work and go to school;
· addressing the needs of children involved in war, especially child soldiers;
· establishing two rehabilitation centers in India to help free-bonded child laborers move back into society;
· creating the "Youth Ambassadors for Peace Project;"
· maintaining a speaker bureau, through which Kielburger and FTC spokespersons have spoken to more than 1 million people.

Young people at FTC chapters throughout the world research problems, identify needs and create projects to bring about positive change in the world.

Presently Kielburger is moving away from his role as spokesperson for FTC, leaving them with the infrastructure. "The next generation of 12-year-olds won't have to rediscover the tools to effective advocacy and can take it all to the next level, according to the vision of the members," he says. "I look at 12-year-olds now who are getting involved in our work and they've either gone through our camps or seminars, or they've volunteered overseas, or they've had a chapter in their school, and quite honestly they're a hundred times more empowered and they have an incredibly bolder vision than we did when we were 12."

FTC's theme for 2002 was "Peace and Conflict." In response to recent events, FTC launched a year-long Embracing Cultures Tour. This project began in New York in September of 2002. Teams of young people went into 150 schools across America to present their message of global activism, to provide leadership training and to encourage participation in projects. Participants also put their handprint on a banner for peace, which was displayed at international youth conferences and presented to the United Nations on September 11, 2003.

Kielburger acknowledges that young people may have a different definition of peace. At a recent Nobel Peace Prize forum, young people challenged the U.S. senators, congressmen, past laureates, and famous adults on the stage. 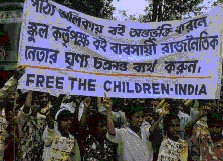 "Peace is a culture that we create by putting it in the curriculum for young people, through creating this next generation where young people get a chance to go across borders, across cultures, to learn more about each other's life, to create a global community, learn about opportunities for helping others," says Kielburger, "It's investing in peace and tolerance training, ending the gap between rich and poor."

In 1999, Craig and Marc Kielburger started a partner organization for people ages 18-30 called Leaders Today. Its primary focus is using their specially designed curriculum in Global Leadership Programs and to offer volunteer travel opportunities in developing countries. Craig Kielburger is very excited to open Peace Centers in Kenya and Ecuador, "where young people from around the world, especially from post-conflict zones, can go through this intensive training to become Ambassadors of Peace." Jane Goodall says, "Leaders Today is a shining example of the power young people possess to change the world."

Kielburger's personal goal is to attend college and work in the field of peace and conflict studies. He would love to work with the United Nations or an NGO, working with nations on the brink of war to help to end conflicts before they actually begin. He would also love to work with countries that are post-conflict, reaching out to help children, especially child soldiers, with the rehabilitation process.

"The first person who showed me it doesn't matter how old you are to make a change was my older brother, Marc. When he was 12, he did a science-fair project. He got really excited and started collecting signatures for a petition to ban products that were harmful to the environment. I remember watching him and thinking how amazing it was [that] he's changing the world...and I wanted to follow in his footsteps. Then, when I read that article when I was 12, I thought about Marc... and how he was able to make a difference. If it wasn't for his example, I don't know if I ever would have taken that next step. Because he did it, I felt that I could do it too. My older brother is definitely my hero."

WE (formerly Free The Children) - WE.org has complete details on all of their programs and ways you can get involved
Me to WE - ME to WE is an innovative social enterprise that provides products that make an impact, empowering people to change the world with their everyday consumer choices.
Craig Kielburger by Jane Wallace - 2012 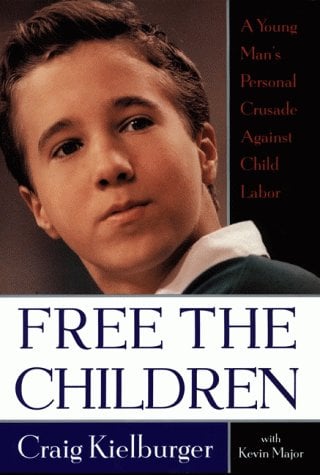 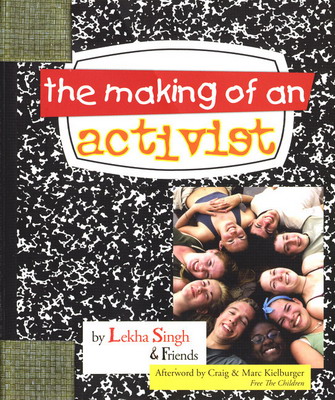 The Making of an Activist
Lekha Singh and Friends 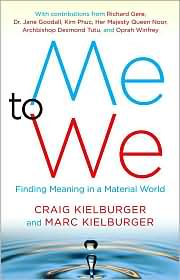 Me to We: Finding Meaning in a Material World
Craig Kielburger and Marc Kielburger 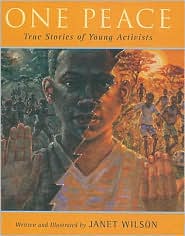