Eva Haller shares the story of Video Volunteers founder Jessica Mayberry, whom she met in an elevator. In 1969, Eva began her work in philanthropy with a year-long tour of Asia as a UNICEF Ambassador. She and husband Murray Roman brought educational equipment like slide projects to villagers, as well as meeting world leaders. Since then, she has mentored generations of changemakers and served as an advisor to many non-profits, such as Free the Children, the Jane Goodall Institute, Creative Visions, Women for Women International and more.

Jessica Mayberry was born to Francesca Kress and Jack Mayberry. Francesca Kress’s grandfather (Rush H. Kress) and uncle (Samuel H. Kress) created the first five and dime stores in the world. Five and dimes don’t exist any longer, but they were classy department stores where you could pick up literally everything you needed for your household. These stores became enormously popular, and Sam Kress became a multi-millionaire. And he decided to build a museum in every city where he had a five and dime store.

There are a number of fantastic museums around the United States that exist only because Mr. Kress bought beautiful Renaissance paintings from Europe and put them into small-town museums. And in the time of the five and dime stores, these museums really became the center of culture in those town.

Upon his death, 3,000 of the masterpieces he purchased went to the Metropolitan Museum of Art, and a number of the museums he established are still around and flourishing.

Jessica grew up in New York City. Her mother, Francesca, and her father, Jack Mayberry, had been deeply involved in a number of charities, and they used their beautiful home for many fundraisers. And it was at one of those fundraisers--this one an event for a Native American organization that was very important to the Kress family--where we had been invited and where I met Jessica for the first time. 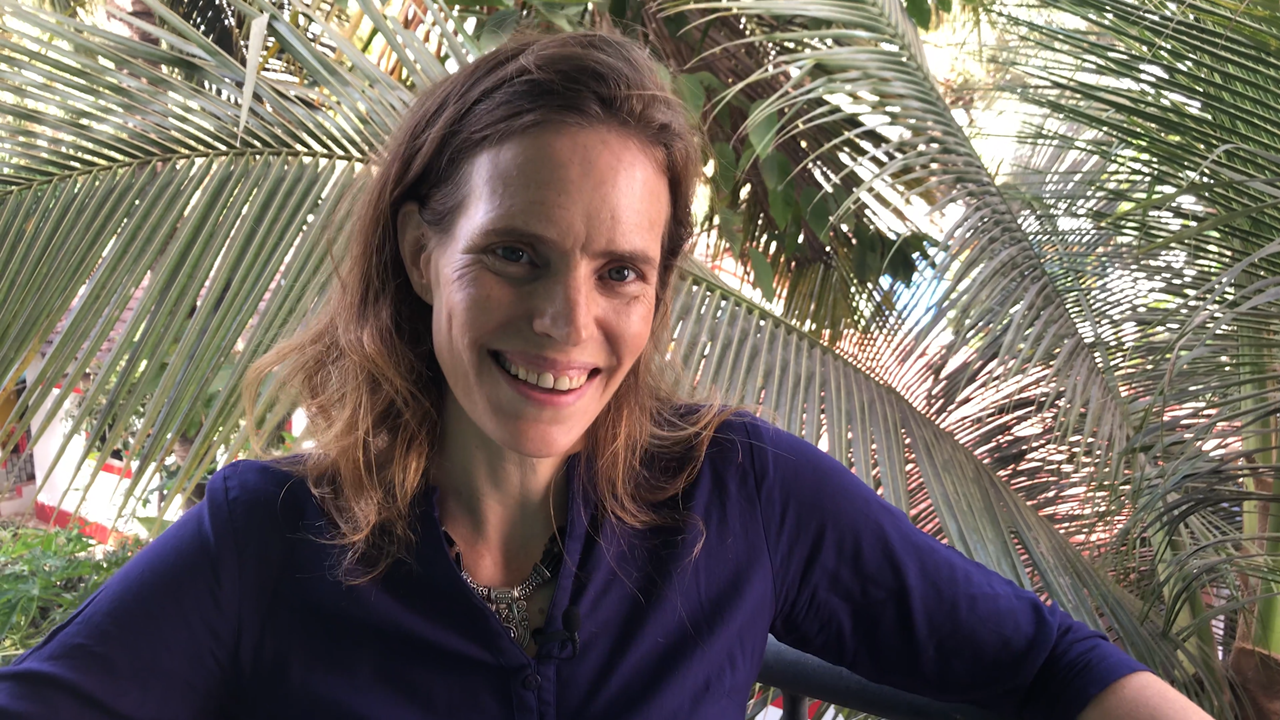 So Jessica grew up in this lovely world, went to private schools and college in England. And when she graduated from Cambridge, she came back home wanting to do something meaningful with her life. Her first job was for a TV station (CNN), where she learned how to use a camera and learned about television. She decided it was time for her to use her knowledge to create a philanthropic organization to help and teach people in India--mostly women, but she was not against men--to become journalists. To go around in their communities and record the injustices and use the footage as evidence. Jessica wanted to get more experience to make this possible.

The day her parents gave a charity event at their home, Yoel [Haller] and I got in the elevator and met a young woman who turned out to be Jessica. We talked in the elevator, and a friend of mine told me her parents were concerned about her desire to go to India. Jessica came up to talk to me because Yoel and I are involved with a number of charities that are in India. So we started talking, and I realized that this young woman has a genuine passion and knows exactly what she wants to do. So we recommended that she spend a couple weeks that regularly was making films and documentaries about the areas they were in. And we thought she would benefit both from the technique and the understanding of how to approach this kind of project. And after a couple of weeks we suggested she fly to LA and get to know Kathy Eldon and work with Kathy of Creative Visions to learn whatever else she needed to learn before taking off to India. And after a couple of weeks of working with Kathy, who has done a lot of wonderful work in the past, Jessica went off to India.

My Hero suggested viewing: ChangeChitra program - A Partnership of The MY HERO Project with Video Volunteers.

She wanted to work in the poorest and smallest villages, and one way was by putting a camera into their hands and having them record what they see in their communities. There were various things on Jessica’s part, because the TV stations are only really located in the large cities. There’s Calcutta and Mumbai and Delhi--in those places the television almost never includes stories about all of India–-they are almost all city-centric and upper caste-centric. There is very little information, if any, about what happens in the country for hundreds of millions of people. So Jessica really wanted to create an alternate way of getting the new information to the country. To know about what is really happening in India. She realized that journalism is not something you can learn when you don't read and write. But video journalism is what you see with your eyes, what you feel with your heart, what you understand with your brain. And you can record it and send off this information. And hopefully the people in the capitals will be interested in the information and utilize it. The whole idea of getting to know the country, not only the untouchables--but also people in the farmland--people whose water is taken away. That is what happens when the big cities have the schools send out money to the principals to buy school books and uniforms, and that money never gets there. Somehow the corruption has taken over so much of the country that there was no defense or no protection for the inhabitants of these villages to ever improve their lot…

So that is where Jessica concentrated her work, to truly understand what the bureaucracy was in India, how the corruption affected the people who live there, and how people can organize and protest what needs to be protested. Through this work, she met a man in the state of Kerela, who helped her establish Video Volunteers. His main passion was to improve the lives of people, which was something Jessica and he had in common. It was love at first sight, and they got married. And they have been on an extraordinary journey together. Getting funding, and getting hundreds of video journalists going around the country and documenting injustices. And they bring these pieces of information to Karela and Mumbai, and started to use the material Jessica and Stalin created. They've truly made a big mark on the places where they work. They have inspired thousands of young people to become video journalists. At night, they set up the videos to be seen by the villages. It's not a job without its dangers. Some people get hurt. But they are getting paid and are able to make a living. It has made a great impact on the lives of the journalists. The villagers become more powerful as they learn more about what their rights are, and how to go about getting their rights, as well as how to fight for their rights. And it has expanded.

I remember one of the first projects Jessica did was for one of the [native] tribes here in the United States. There was no clean water available to them. She documented the injustices and it made a great difference because the tribes got together and demanded clean water.

I've served on the board of Video Volunteers since the beginning. The board is not big, around a dozen people, but they are very effective. The headquarters of the organization is in Goa. Yoel and I had a wonderful visit about five years ago. Outside of the United States, not every country has the means to support its people. The charitable institutions in India were not forthcoming; Modi's government today does not encourage charities, I would even go so far as to say singularly against charities, perhaps because people are hard to control when they know what their rights are. So much of the program they have built works anywhere in the world. Major foundations that are now supporting this work. They even got funding from Indian foundations and the US State Department.

Video Volunteers - As the world progresses some of the biggest casualties of this fast-paced development are sustainable rural communities. Video Volunteers empowers marginalised people to tell their stories and create change campaigns, so that their issues come out from under the rug and become important threads in India’s development narrative. VV believes the world would be a better place if the voices of thousands joined together to amplify every single cry for justice.
Fellows Friday with Jessica Mayberry - TED Blog