by Shannon Luders-Manuel from MY HERO Staff Writer 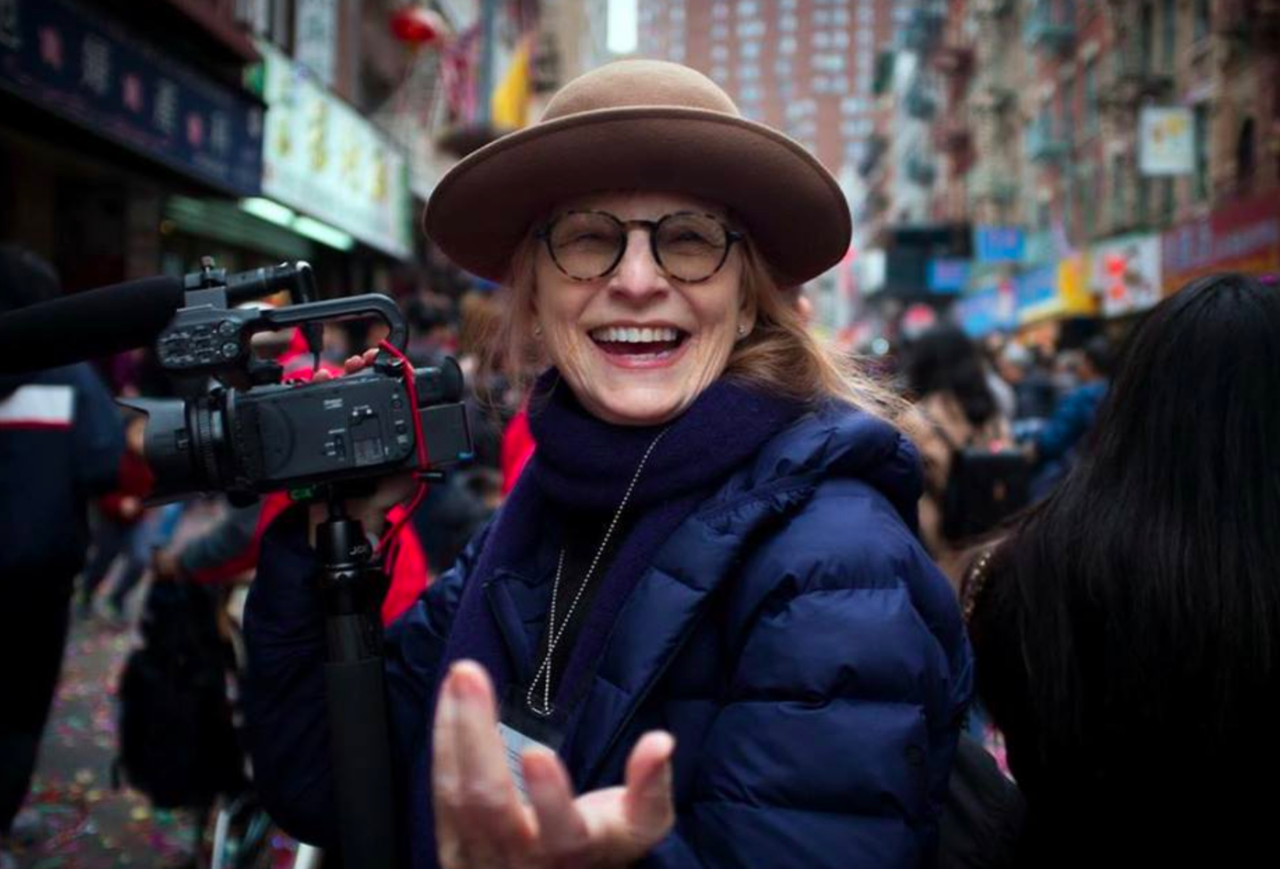 Earlier this month, NowThis posted a heartfelt video of Sandi Bachom, a 75-year-old videographer who has lost three friends to COVID-19. Last year, Bachom was a MY HERO International Film Festival winner in the Human Rights category for her film PROJECT CORAZON: Matamoros. In just two weeks, her NowThis video has received over 9 million views. Bachom lives in the heart of Manhattan, in the area most affected by the virus in the United States. Because of her age, Bachom is at increased risk for contracting COVID-19, with no cure in sight. This brave woman who is used to documenting her city streets must do so now in only careful doses, lest her own story end too soon. “I never thought of it before,” she told MY HERO. “I’ve been close to death. I’ve been run over by cars three times in my life. I cracked my head open in Charlottesville. I’ve never really thought about it until now. And I realized I’m just getting going. I have too much I want to do.” She has already done so much, and yet, her sentiment could not be more true.

My Hero suggested viewing | MY HERO Recommends On Losing Friends To The Coronavirus | NowThis.

Bachom’s mother and father met at Hollywood High School in California and worked for Disney as a airbrush artist and a film editor, respectively. After their divorce, she moved in with her grandmother at age three. As an adult, she found her way to New York, and she worked her way up to becoming a top advertising executive—a position she held for 40 years. In September 2001, Bachom’s life came to a crashing halt: She got divorced, she was was laid off from her job as a director of broadcast production due to downsizing, and 9/11 happened. At first terrified, she received encouraging advice from a friend. She had the skillset to produce anything. The question was, what did she really want to do?

Bachom took to the streets, videographing musicians and cab drivers. Michael Moore called her the “oldest first-time filmmaker in the history of the [his] festival.” She got her press pass at 70, and she’s filmed Holocaust survivors, Mexican immigrants seeking asylum, and underground and not-so-underground MAGA enthusiasts. She covered the 2017 Unite the Right Rally in Charlottesville, Virginia, and was pepper-sprayed with a substance that included urine. She says of her time filming asylum seekers in Matamoros, Mexico: “They’re not gang members. They’re mothers who swam across the Rio Grande to give their children a better life, or any life. I didn’t know any of this when I was producing commercials ... I was so arrogant. Sometimes you have to get knocked down a few paces to figure out what life is about.”

Now, with the coronavirus taking over the world, she’s restricting her documentation to her own area. But she won’t put down the camera. She is determined to alive at all costs to bear witness to what is happening. "That’s why I do what I do.”

Playwright Terrence McNally is someone Bachom recently lost to COVID-19. “The day marriage equality was passed, he was remarried at City Hall. I happened to be there that day. I filmed the wedding and they used that in a documentary. It was just a beautiful love affair. They had everything. They had five shows on Broadway.” Bachom also lost a friend with whom she had had a falling out two years prior. She regrets what she now calls a “stupid fight.” She says, “You’ve gotta clean all that up because you don’t know if something random or horrible like this would happen. That’s the lesson I learned from this. Don’t hold onto your resentments. It’s not worth it.”

Her third friend, David Horowitz, was a composer whom she had worked with throughout her career as an advertiser. “He got this disease because of him [Trump],” Bachom says. “Because he ignored him for three months. I attribute every death in March to him.” In the video below, Bachom documents police horses that were brought outside NYU Langone Hospital to lift the spirits of the nurses and doctors. She pays tribute to Horowitz by using his music to score the film.

Bachom has received heartfelt messages from strangers around the world because of her NowThis video. “This is something that every single person is going through. I get messages from Ireland and Australia and Norway and South Africa, Johannesburg, and Sweden and Switzerland and Oslo, and Bavaria. And they all say the same thing: ‘Thank you for saying what I was feeling.’ The humanity of it has really been profound. I cry when I get these messages, it’s so beautiful. I thank each one of them.”

Bachom’s heroes include Stephanie Keith, a New York City colleague and photojournalist who works mainly for Getty Images, Reuters and The New York Times and is currently covering the pandemic. “She’s a single mom, she’s got small kids, and she gets suited up, mask and gloves. She has such a heart, but she goes for the heart.” Bachom and Keith cried together over documenting the refrigerated trucks taking bodies of those who have died from COVID-19. The mass deaths and insidiousness of the disease have prevented most funerals and regular burials. Nurses and doctors’ faces have indentations left by masks. Bachom says, “My heroes are the photojournalists and videojournalists like me who document that. Because that’s what war photography is. That’s the purpose of war photography... to bring it here. But this is here.”

When MY HERO asked what Bachom would like to accomplish once the pandemic has settled, she said, “I’d love to go out when this is over and meet everyone who sent me messages and do a documentary on that to prove that we are all one world. With all of this outpouring of love and solidarity, everything is possible.”

Sandi Bachom On Losing Friends To The Coronavirus | NowThis

Blood and Soil In #CHARLOTTESVILLE